For the first time Alghero hosts a stage at the Giro. The stage runs along the northern coast of the island. The route is relatively wavy and bumpy, with a long, steady sequence of constant undulations, and a number of short, steep ramps, including 3 categorised climbs in Multeddu, Trinità d’Agultu and San Pantaleo. The latter, less than 20 km from the finish, totals approximately 5 km at an 8% slope over a few kilometres, and maximum gradients are even higher in the first part. A rolling finale leads all the way to Olbia, that unlike Alghero, has already hosted twice the Giro in 1991. Two km before the finish, the route covers a short stretch on stone-slab paved road. There is a last, wide bend 600 m before the finish, leading into the home straight on 8-m wide asphalt road. 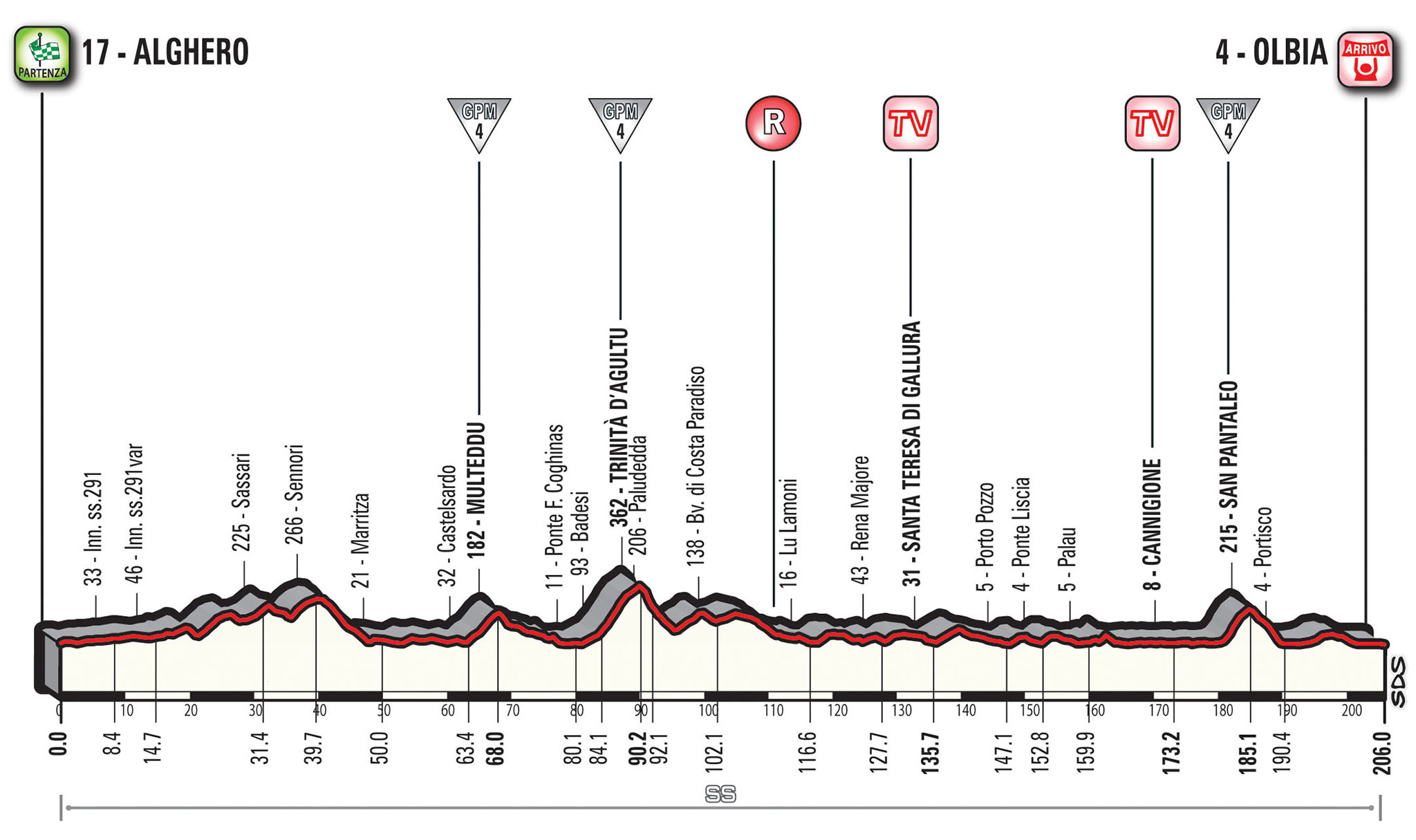 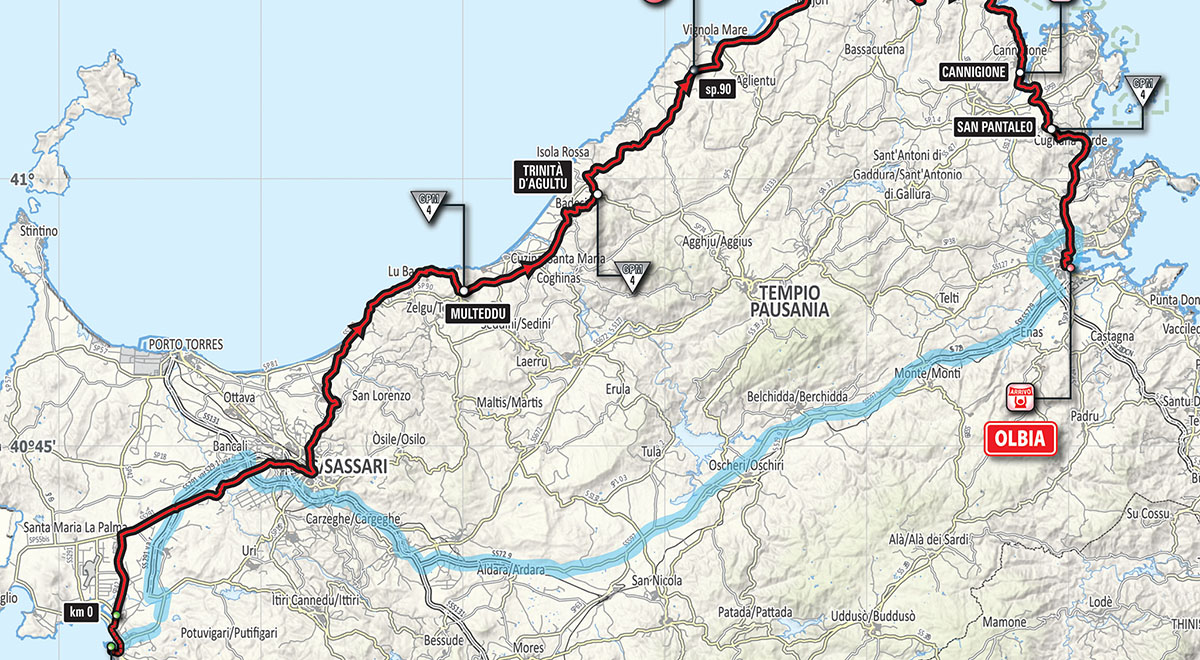 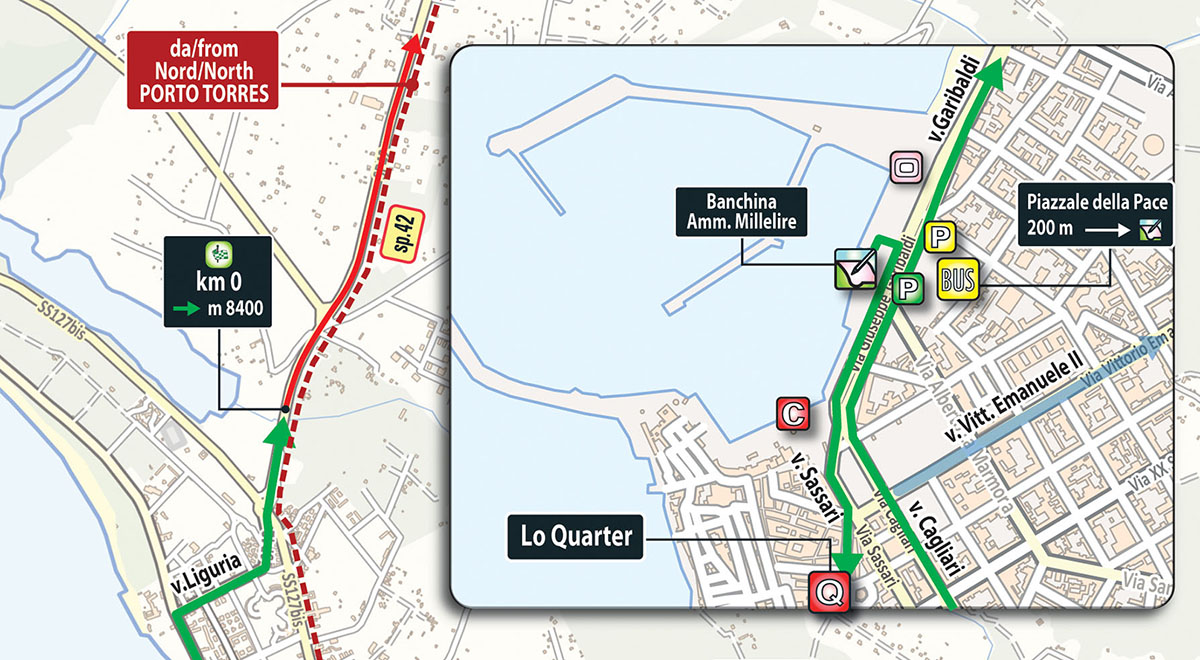 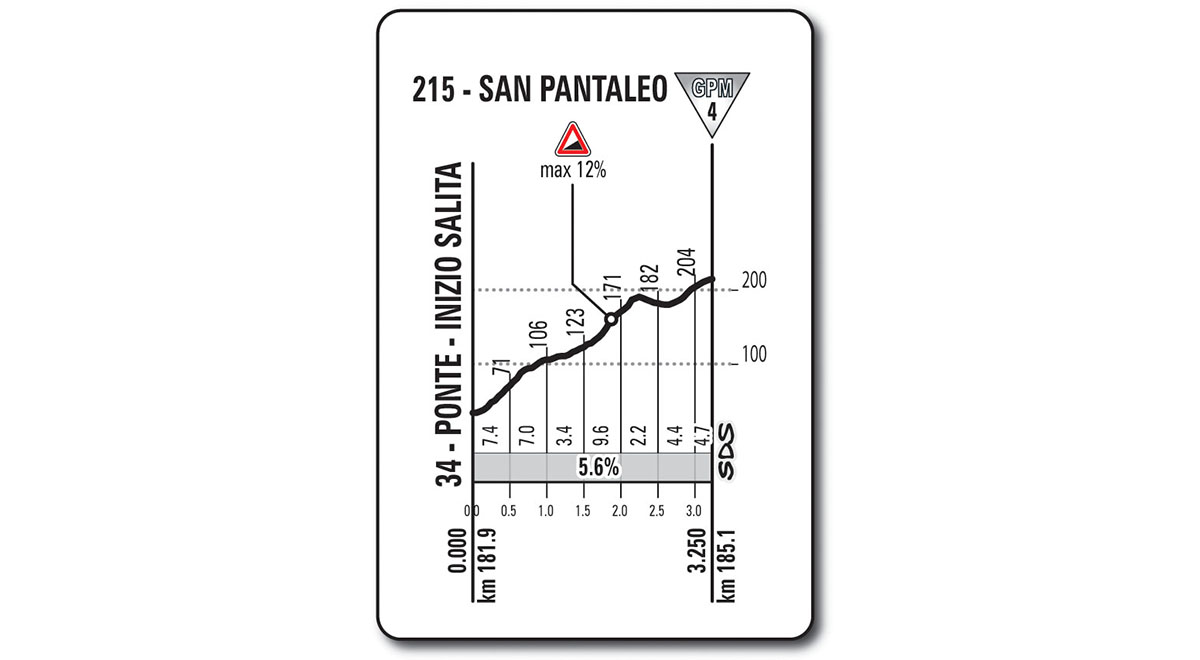 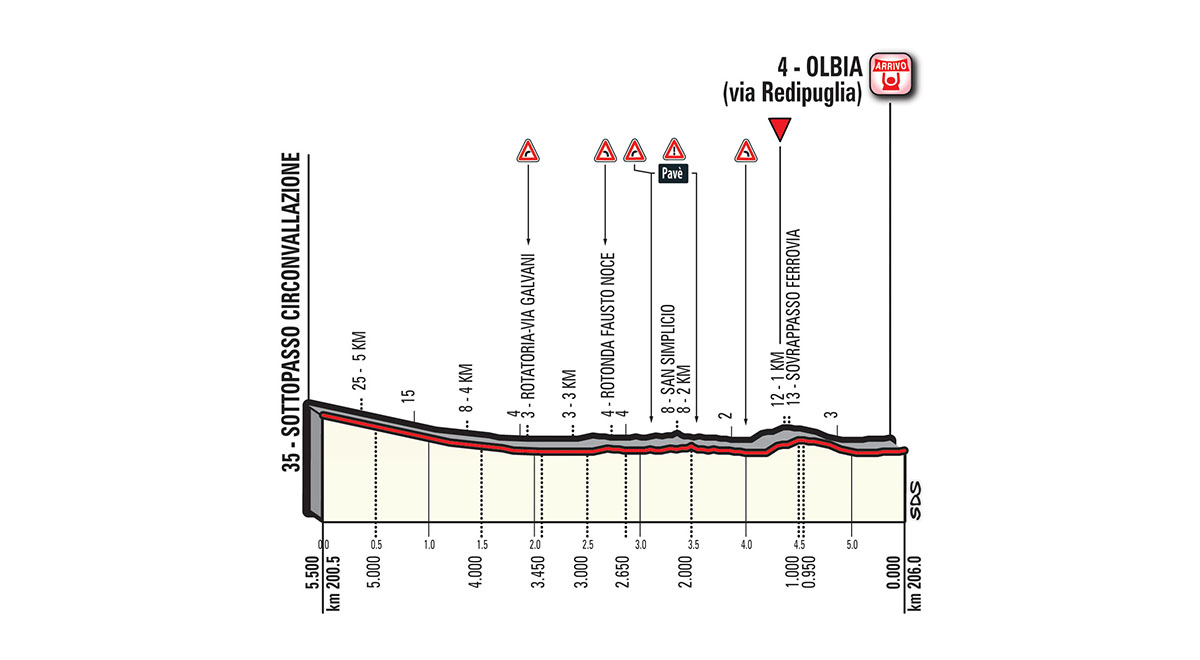 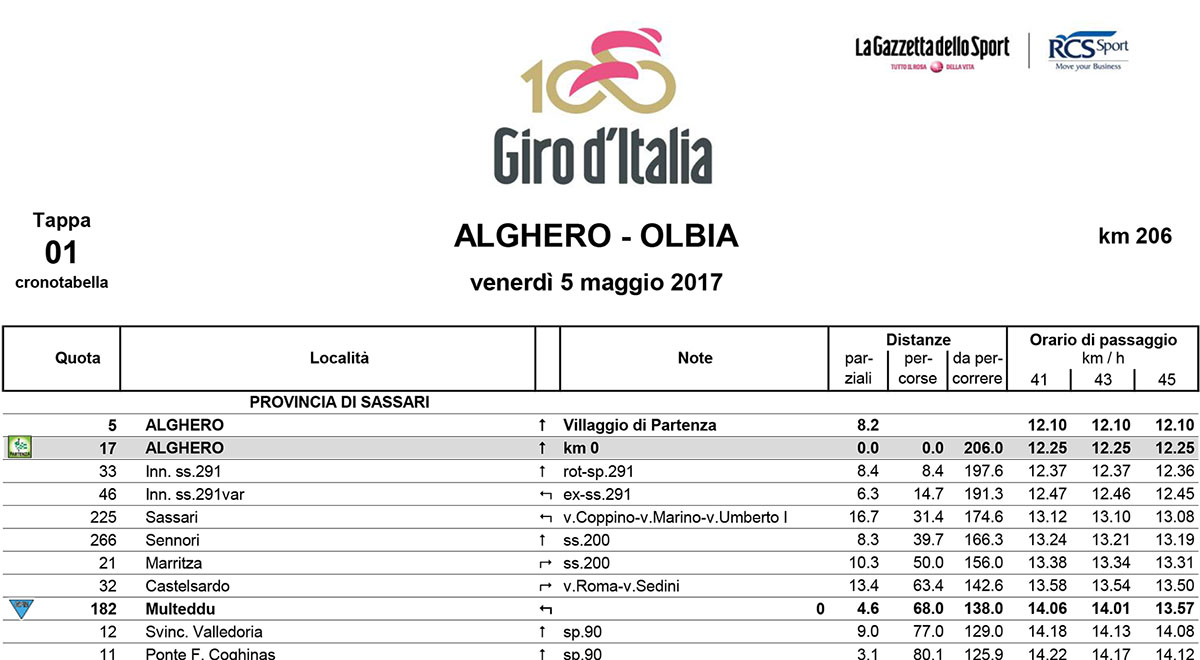