The route is completely flat, and passes through the entire Po Valley. The stage finale, past Casteggio, follows the traditional Milan-Sanremo route. After leaving Reggio Emilia, the route first heads for Cavriago, and then (past Montecchio Emilia) goes back onto the ss. 9 “Via Emilia” leading to Piacenza following a straight course. Past Piacenza, the route takes the former Statale Padana Inferiore all the way to the finish, passing through several cities that have been featured in many Giro stages, and in the Milan-Sanremo finale. Arrival in Tortona, as the Giro did in 1989. The final kilometres are essentially straight, with just a few roundabouts along the route. There is one last bend (on a roundabout) approx. 500 m before the finish. The home straight is 450 m long, on 7.5-m wide asphalt road. 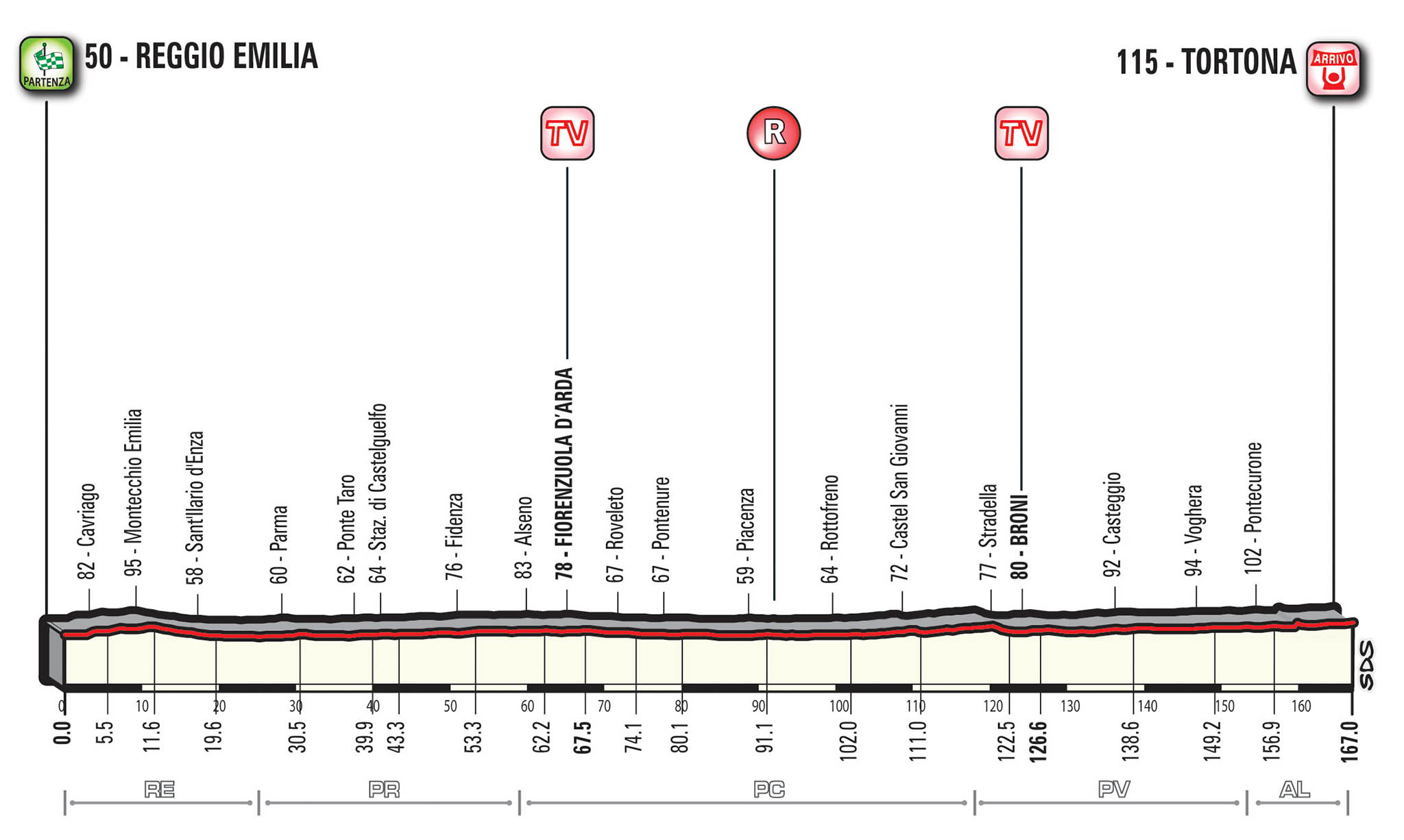 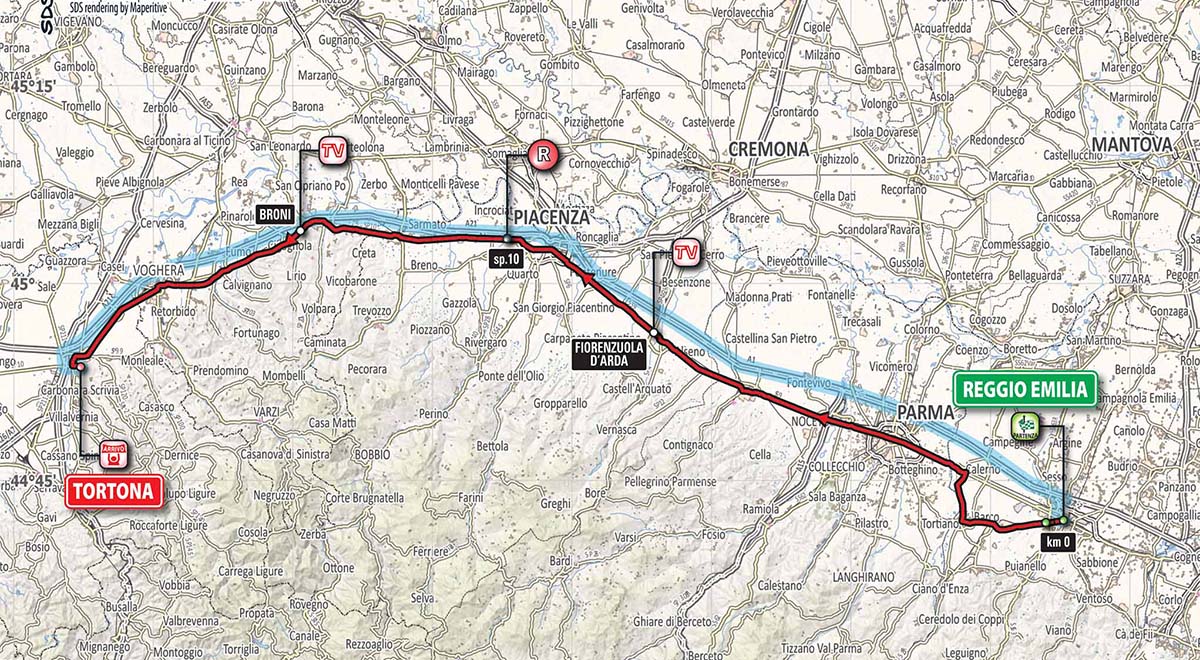 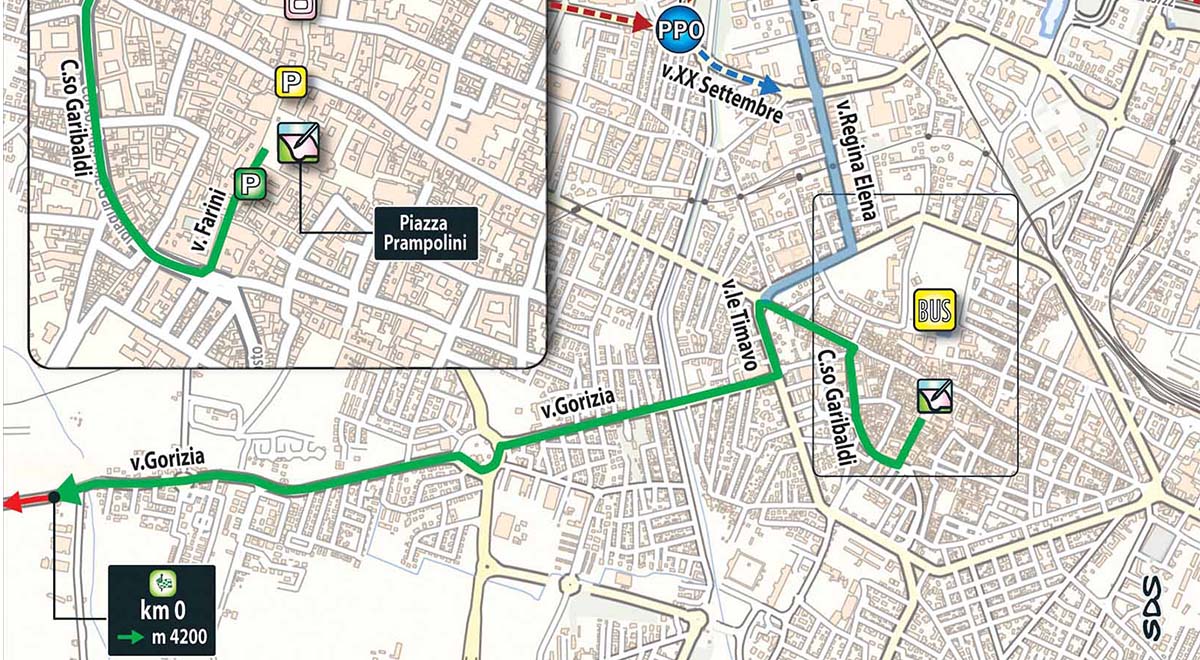 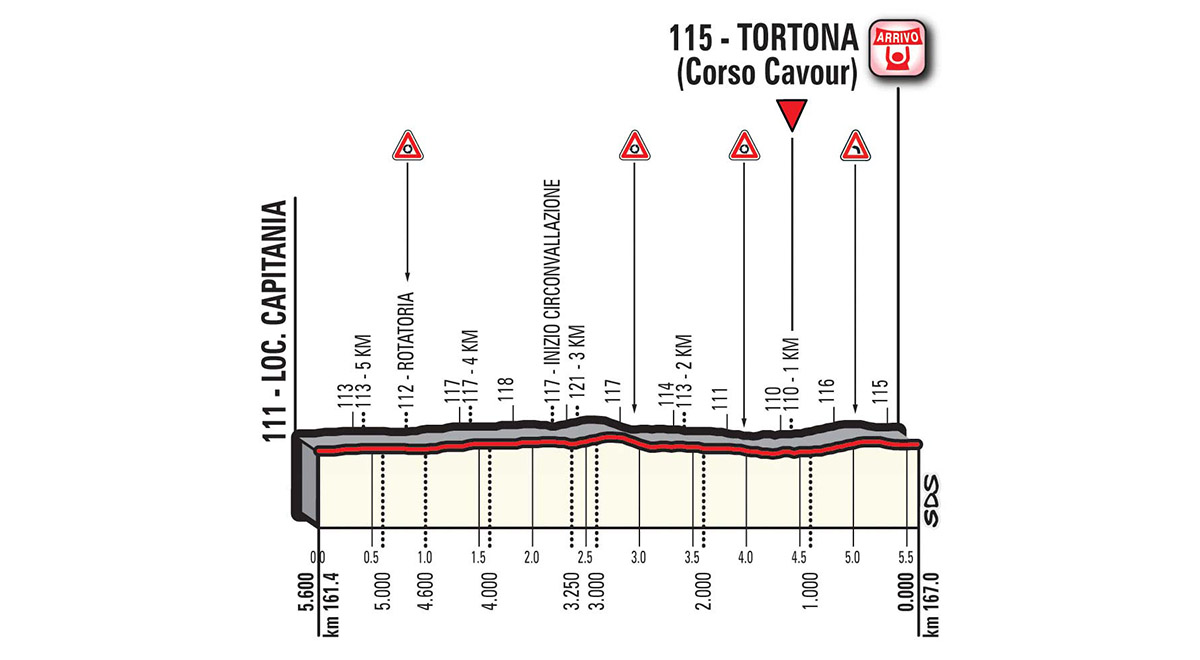 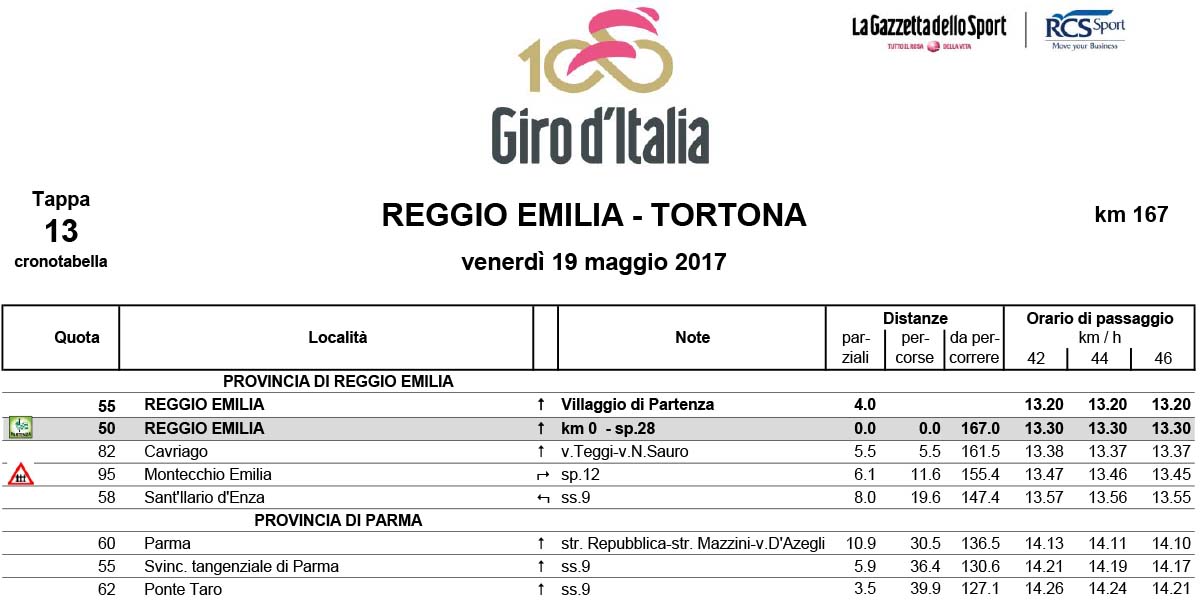