The stage starts from Pordenone which has already hosted 6 stages in the history of the Giro. Then the first 100 km are on relatively flat roads, at the foot of the Prealps in the province of Treviso, with a categorised summit at Muro di Ca’ del Poggio and an intermediate sprint in Feltre. The route then climbs up Monte Grappa (24 km conquered in 2014 by Nairo Quintana and in 2010 by Ivan Basso), on narrowed roadway. The climb is steep and sharp at first, then the gradient declines, with a few changes in slopes before the categorised summit. A very long (26 km) and technical descent follows, with several hairpins and on moderately wide roads. The route then takes in the last climb in Foza (unprecedented KOM at the Giro, rising steadily at a 7% gradient, with a number of hairpins). The final 15 km are rolling and wavy. The route descends slightly over the last 5 km, up to 400 m before the finish. The roads are wide and well paved outside the city centres. When entering Asiago (four times starting stage and four times arrival) , the peloton will encounter roundabouts and traffic dividers. There is a last bend 450 m before the finish line, and the home stretch, on 7-m wide asphalt road, has a mild uphill gradient. 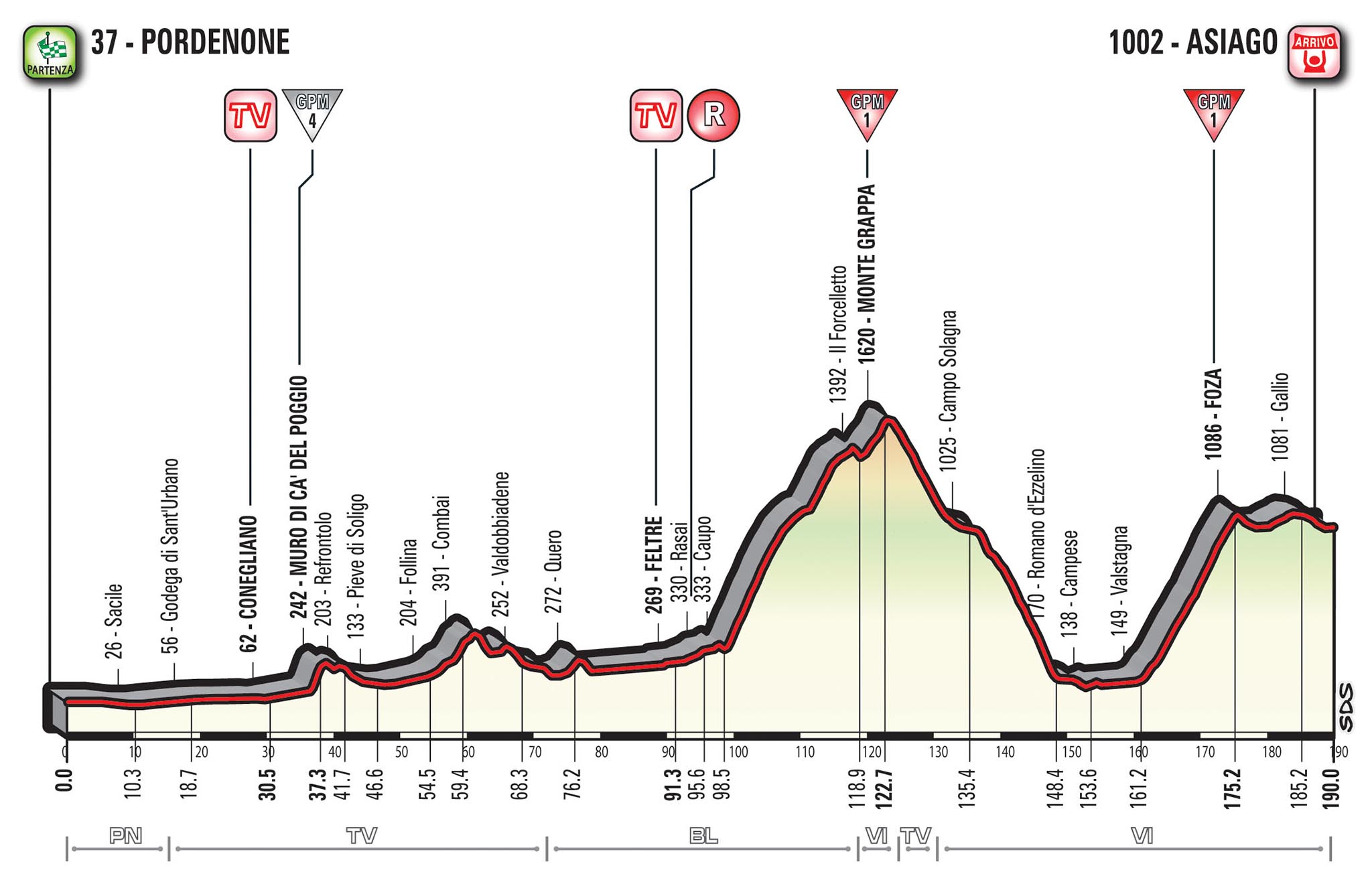 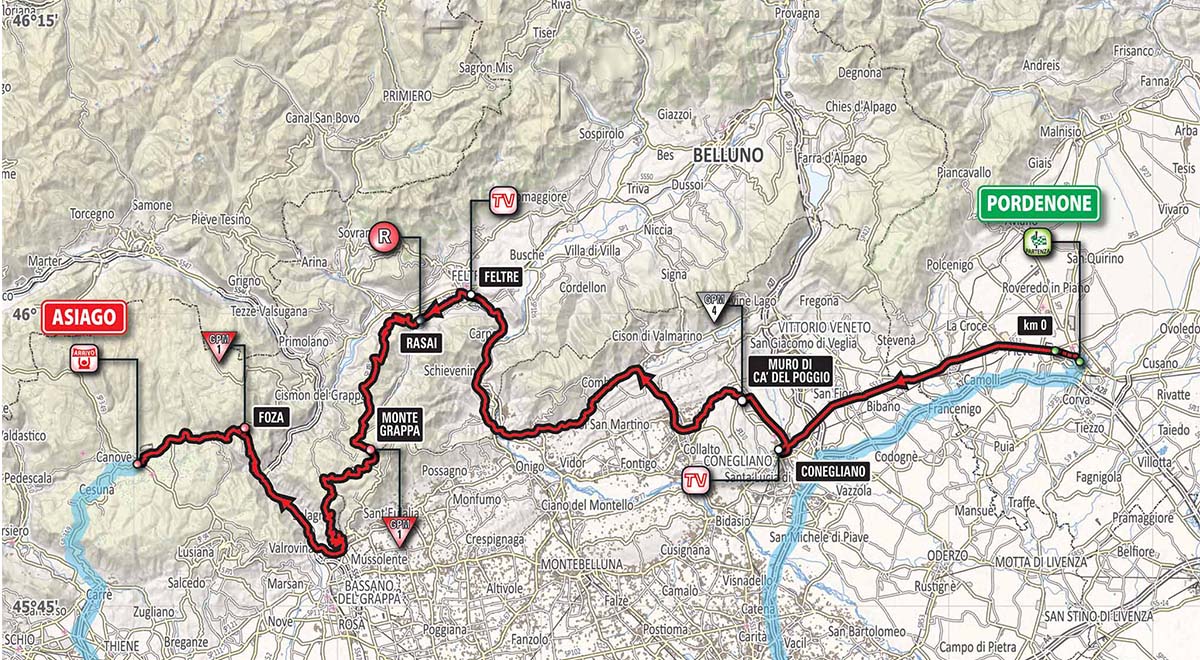 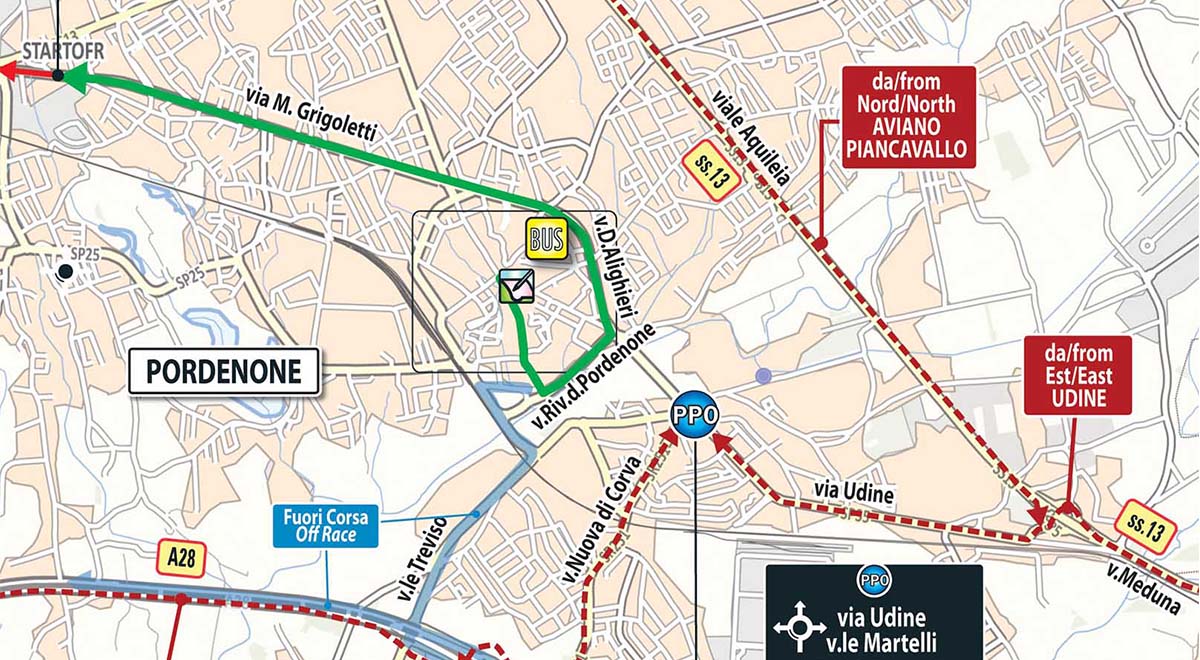 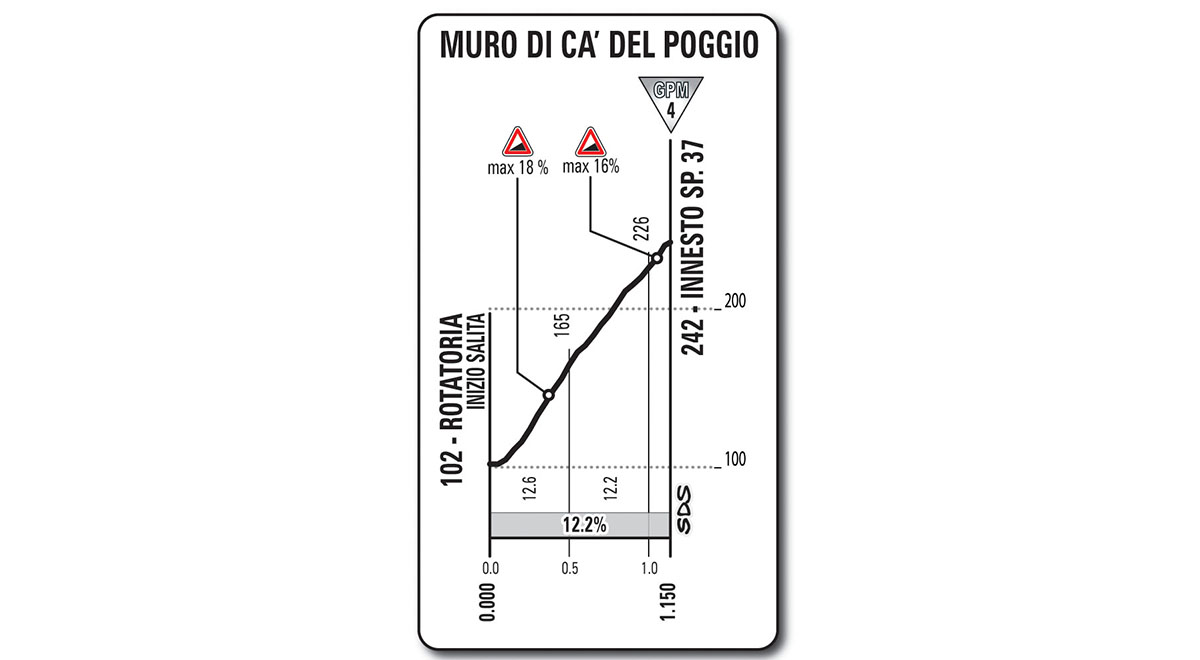 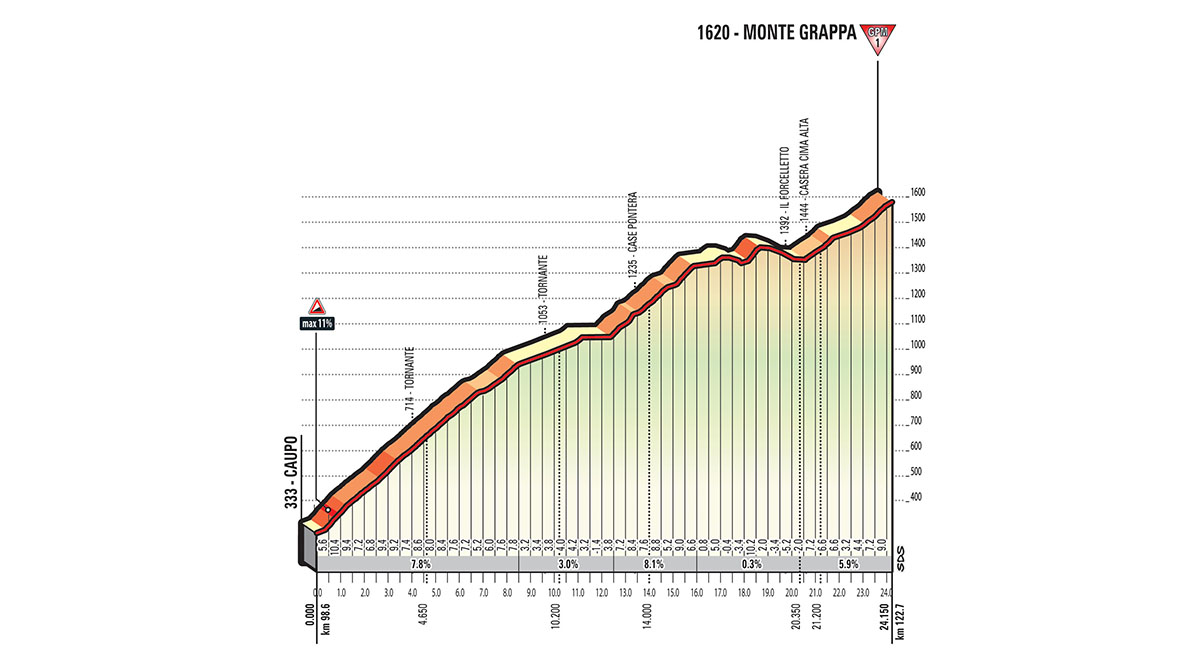 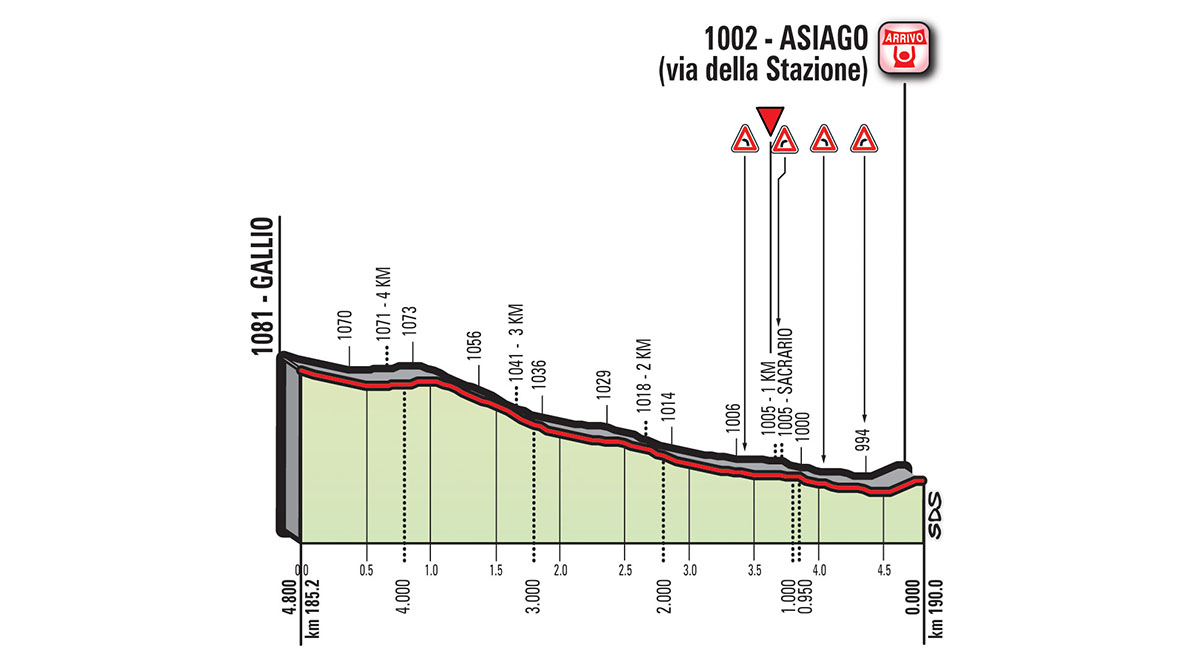 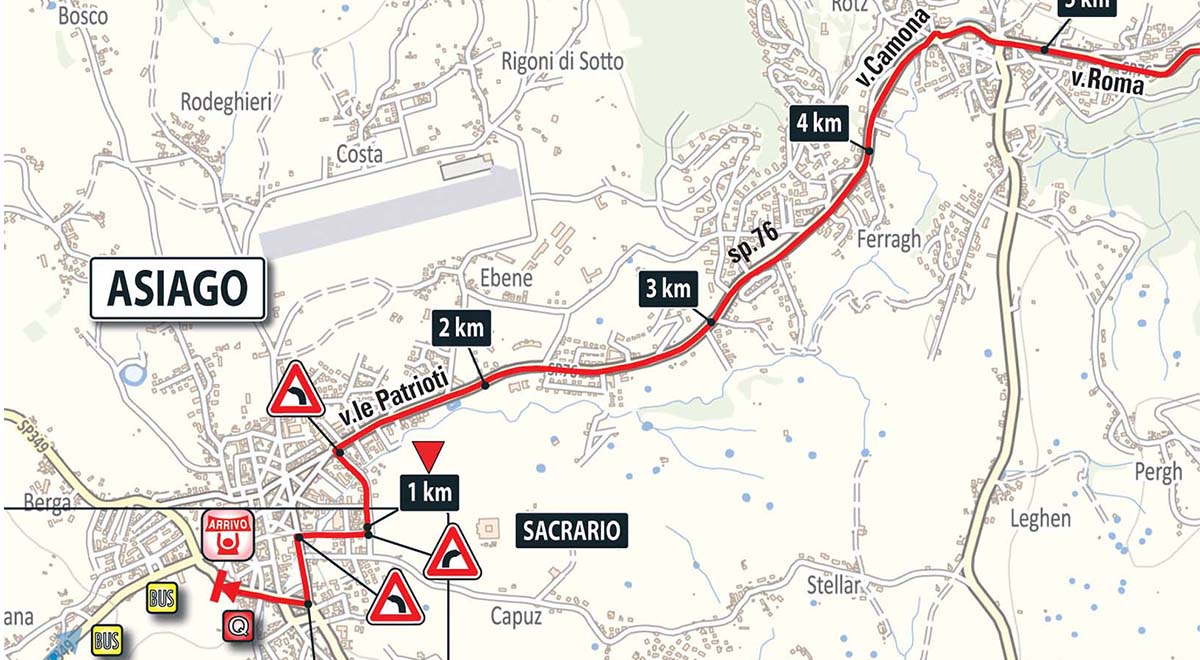 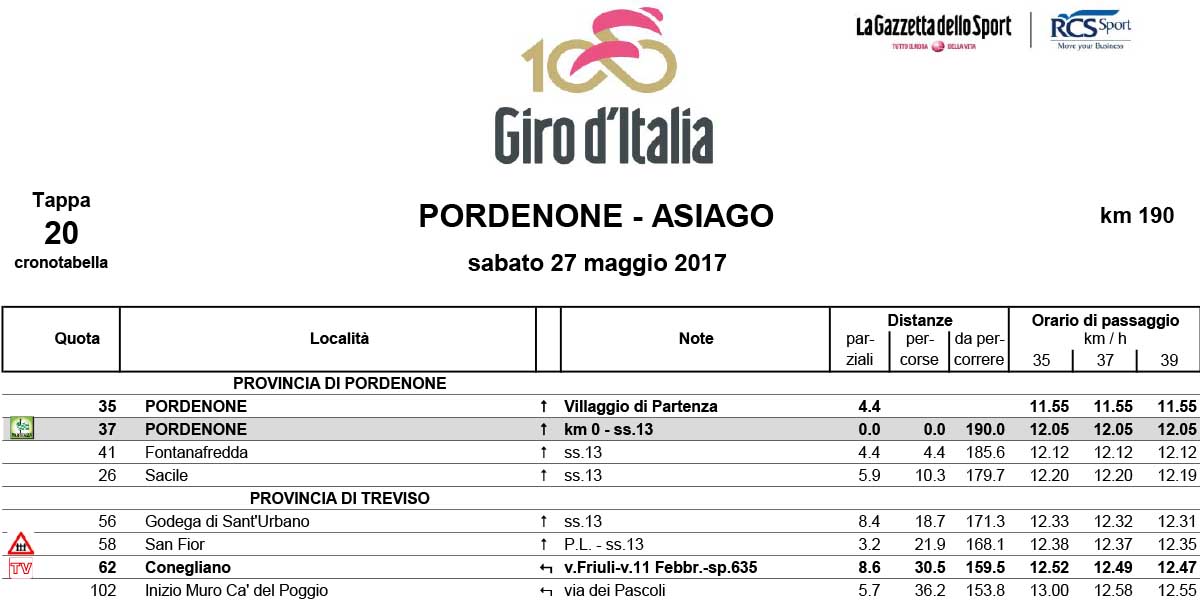