Flat for 170 km, this stage will have a more challenging finale. The route initially runs across the entire northwestern Po Plain, from Milano to Torino, along mainly straight and wide roads. The stage course cuts across a few major cities, where the common traffic calming devices will be found. After reaching Pinerolo (and clearing Colletta di Cumiana), the route takes a first pass over the finish line, climbs up the steep Via dei Principi d’Acaja stretch, tackles the Pramartino climb and goes back to Pinerolo. 2,500 m before the finish, the route turns left and climbs up Via Principi d’Acaja (average 14% gradient and peaks of 20%, on setts-paved and narrow road). Next is a steep and harsh descent leading into Pinerolo. The last 1,500 m run on level roads, with just a few bends and a short stretch on stone-slab paving.  Pinerolo is  stage finish for the sixth time in the Giro d'Italia history. The first one was in 1949 with a great victory of Fausto Coppi. 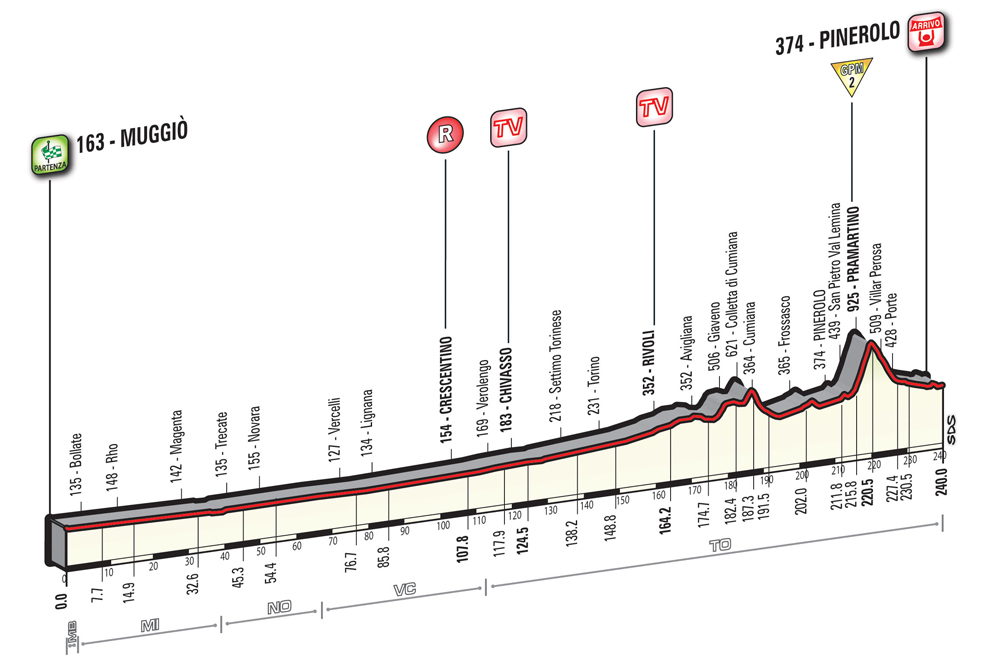 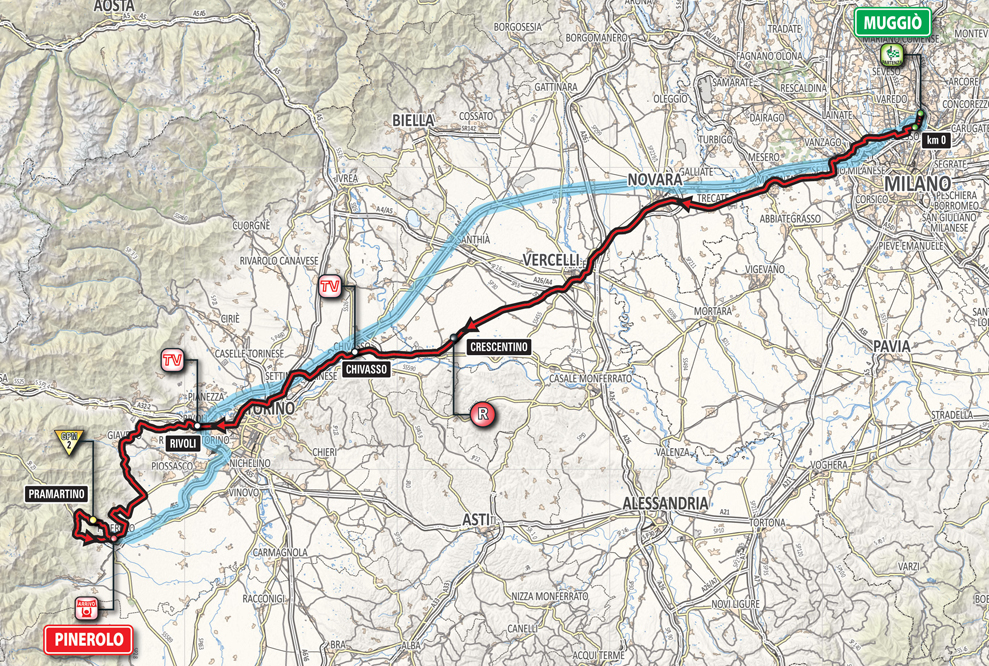 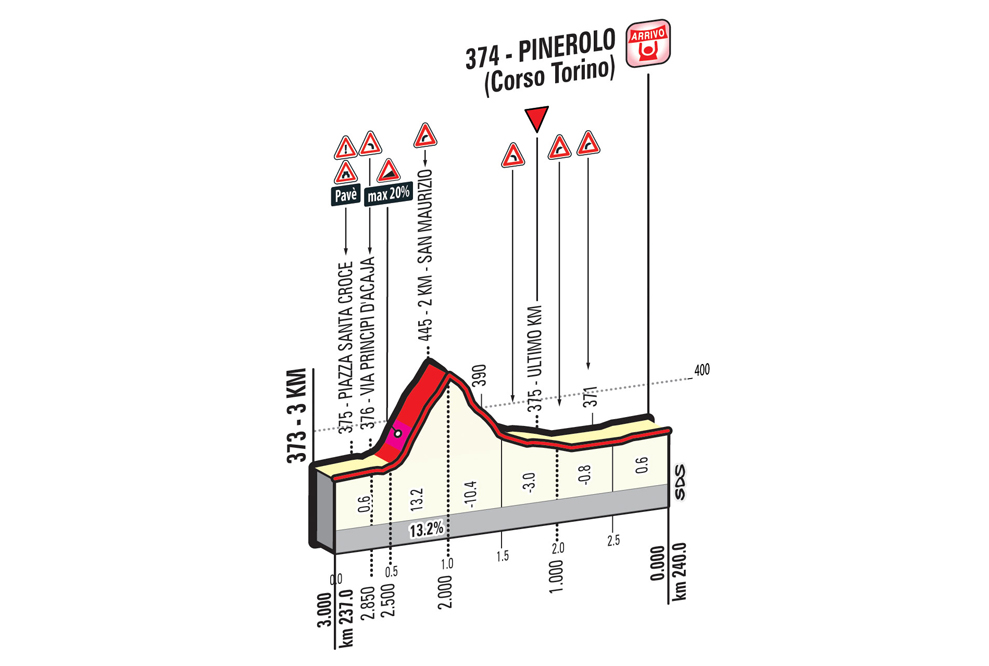 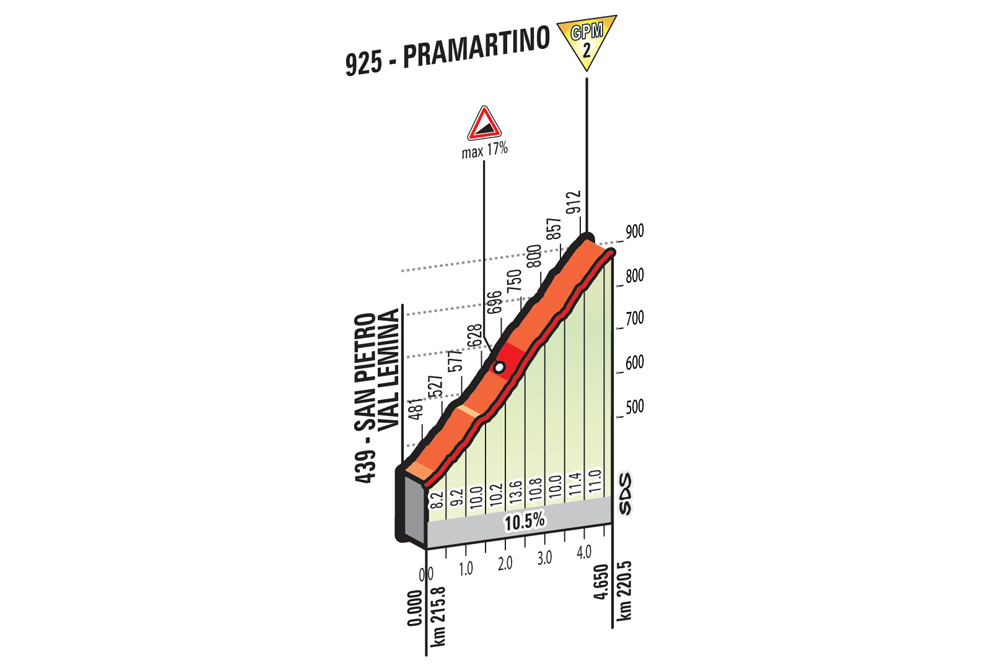 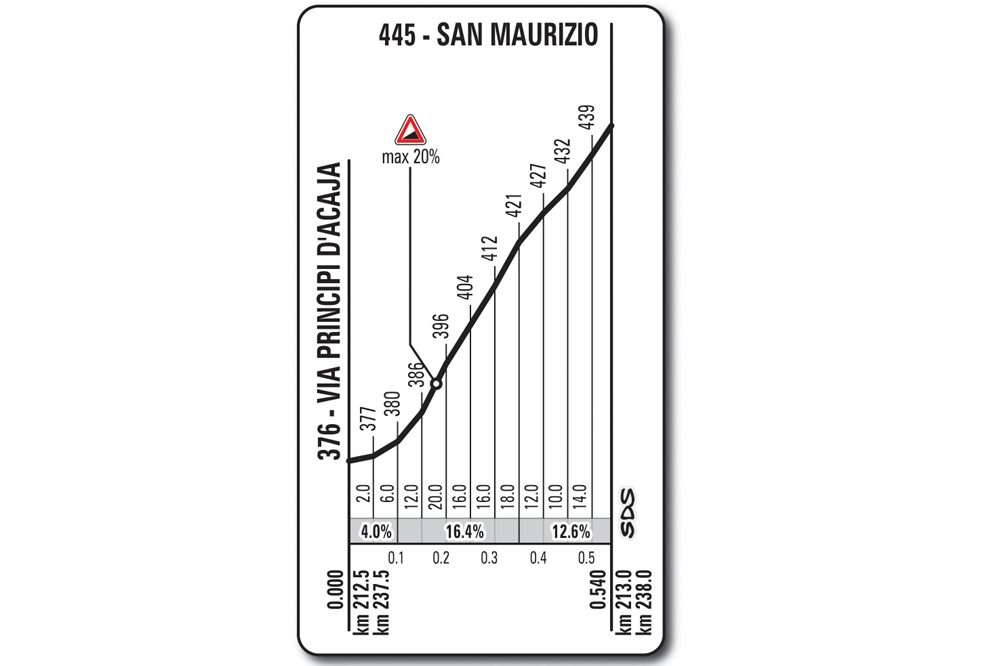 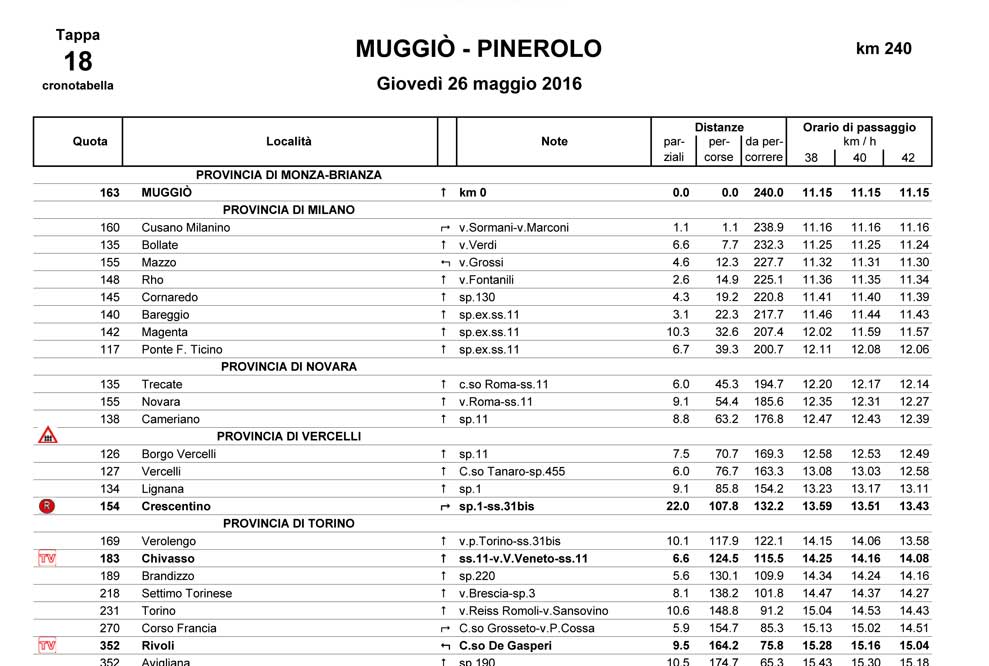 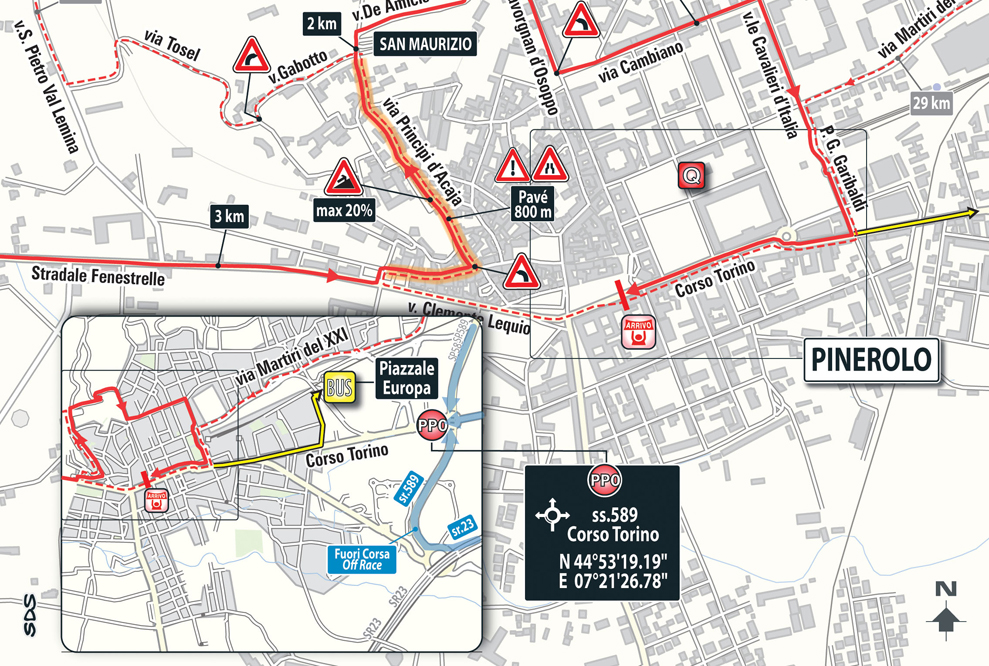