The stage course is perfectly flat and runs almost entirely along wide and straight roads. Initially, the route follows the Riviera del Brenta, then it enters the province of Treviso along trunk roads. Beware of roundabouts, kerbs, speed bumps and traffic dividers while crossing urban areas, especially in Mestre, Treviso and Portogruaro. The route finally reaches Bibione, where an 8-km circuit shall be covered twice. A circuit features 14 bends and long straight stretches, on mostly wide and well-surfaced roads. The home straight is 300 m long, on 7.5-m wide asphalt road. Bibione has been Five time finish of a stage in the Giro d'Italia history, the last one in 2000. 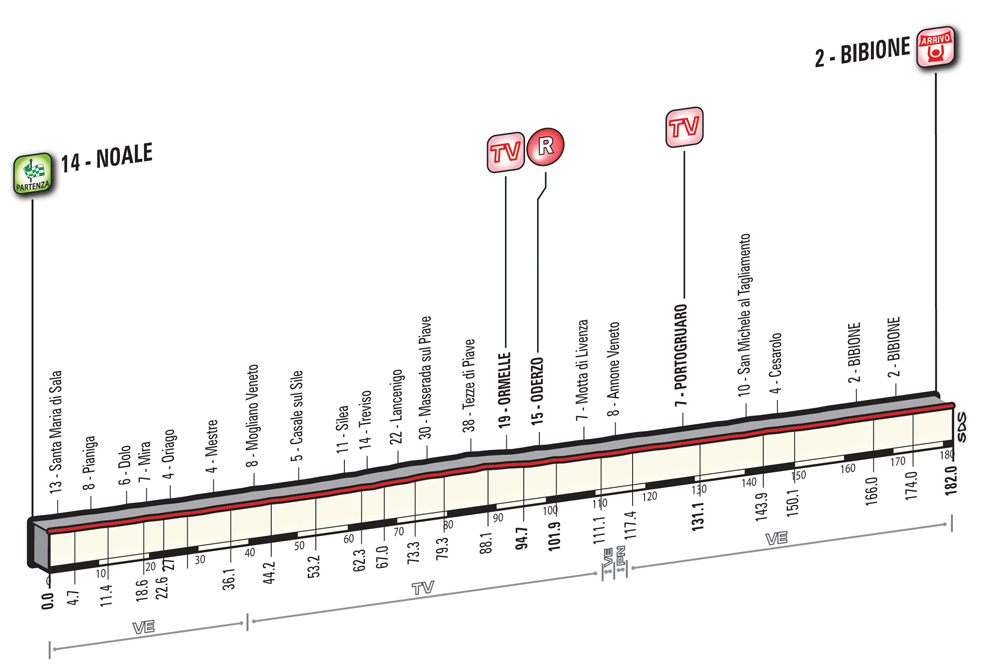 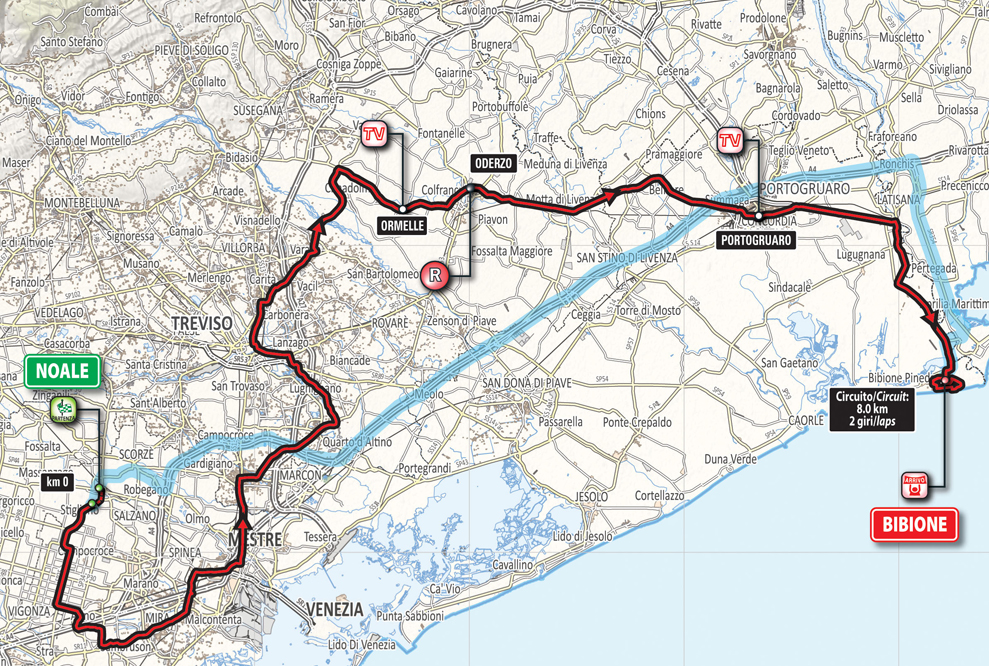 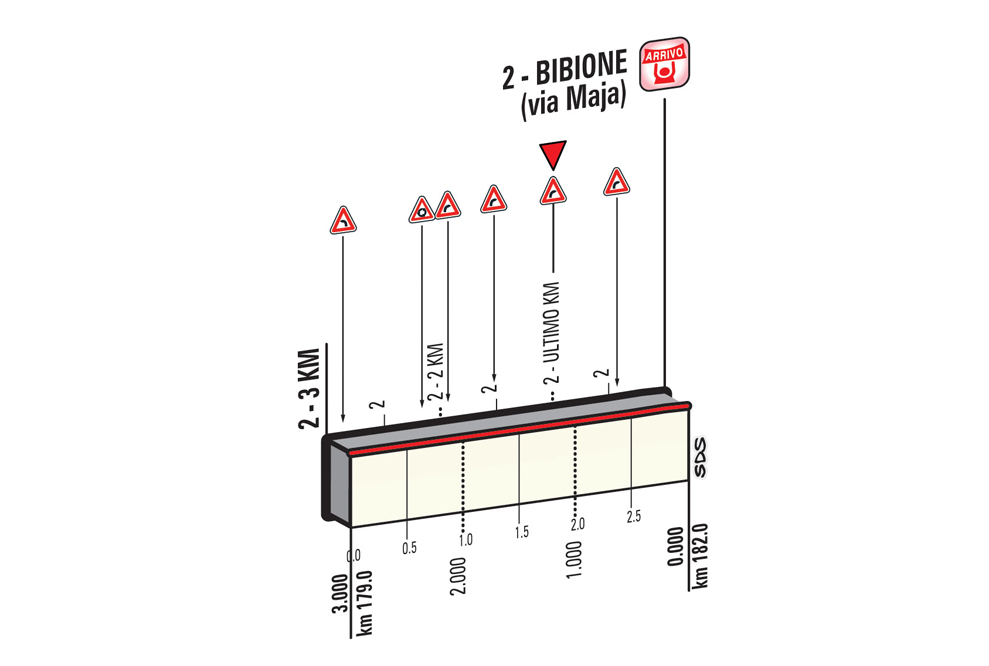 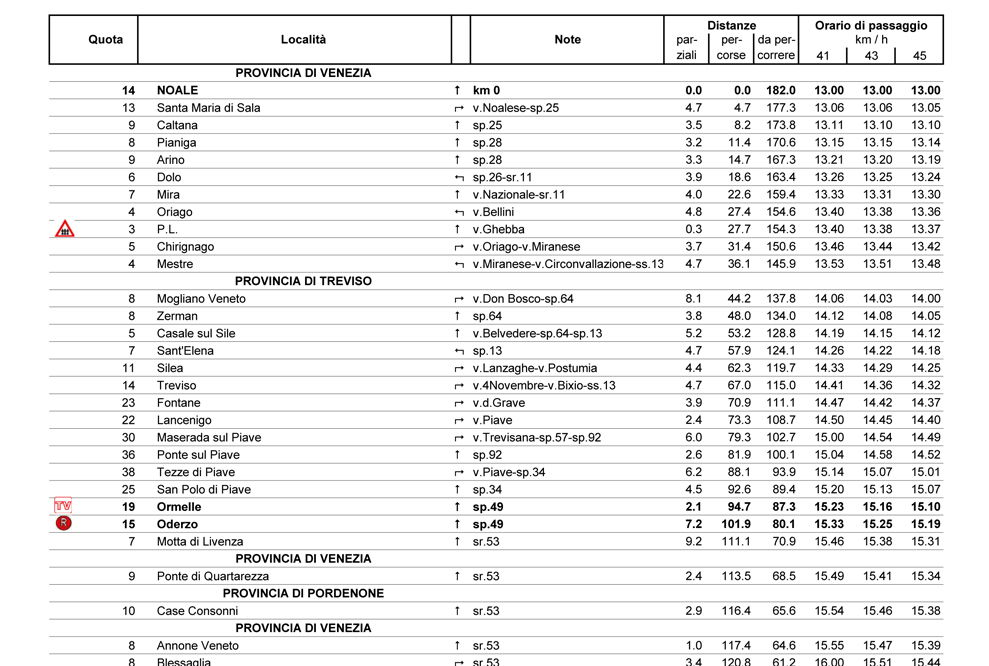 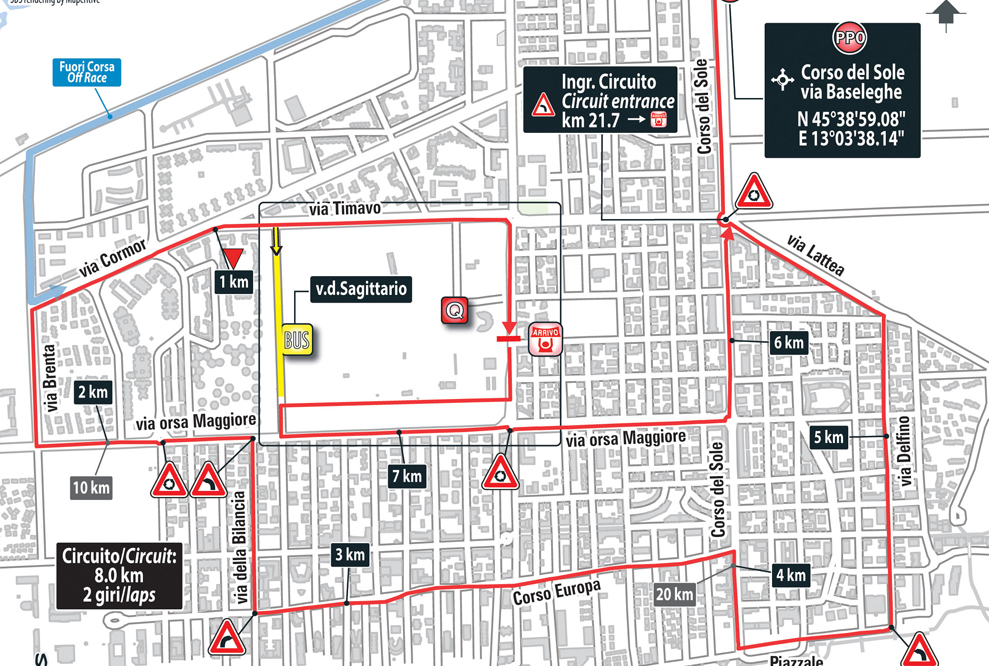