The stage starts from Forlì, town stage for the nineteenth time, and is mostly flat, although it features two uncomplicated climbs in the first part (Colla di Casaglia and Valico Appenninico, both awarding KOM points). After the feed zone at Lago di Bilancino, the route takes the A1 motorway (and passes through a series of well-lit tunnels, both up- and downwards). After leaving the motorway and clearing the intermediate sprint in Sasso Marconi, the route flattens out on wide and straight roads with series of roundabouts, and cuts across a number of densely inhabited areas (especially Modena). The final kilometres to Reggio Emilia (for six times starting town at the Giro and 5 times arrival) are on wide and well-surfaced roads, with roundabouts, traffic dividers, pedestrian islands and speed being the main obstacles. The home straight is 350-m long, on 7-m wide asphalt road. 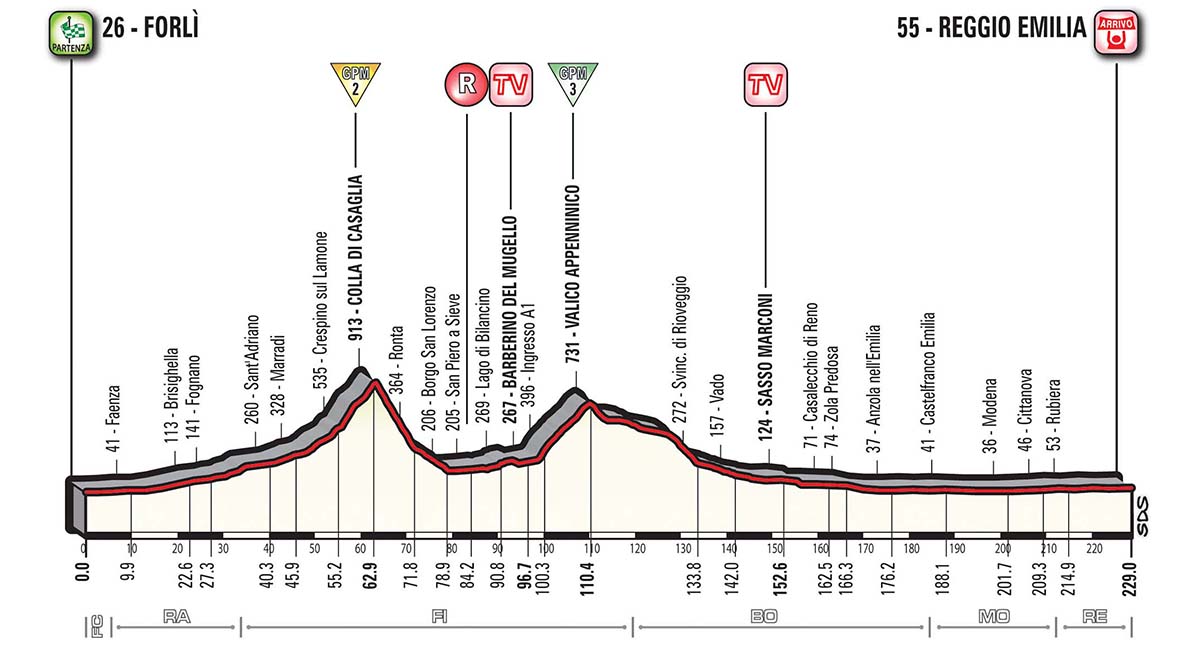 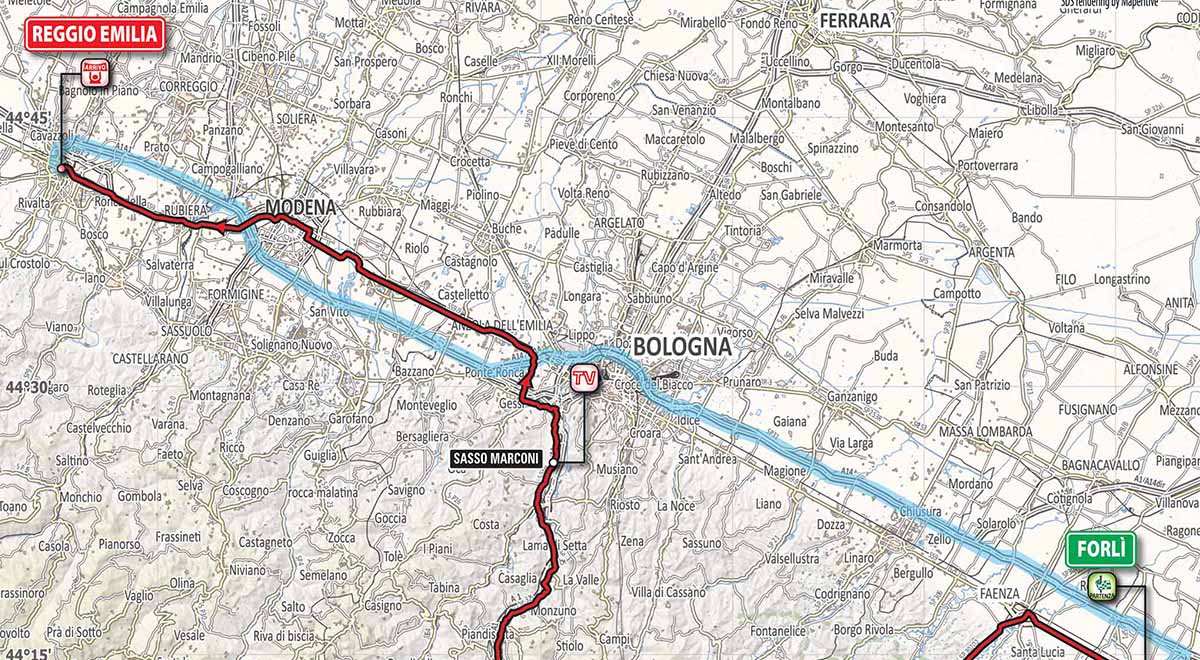 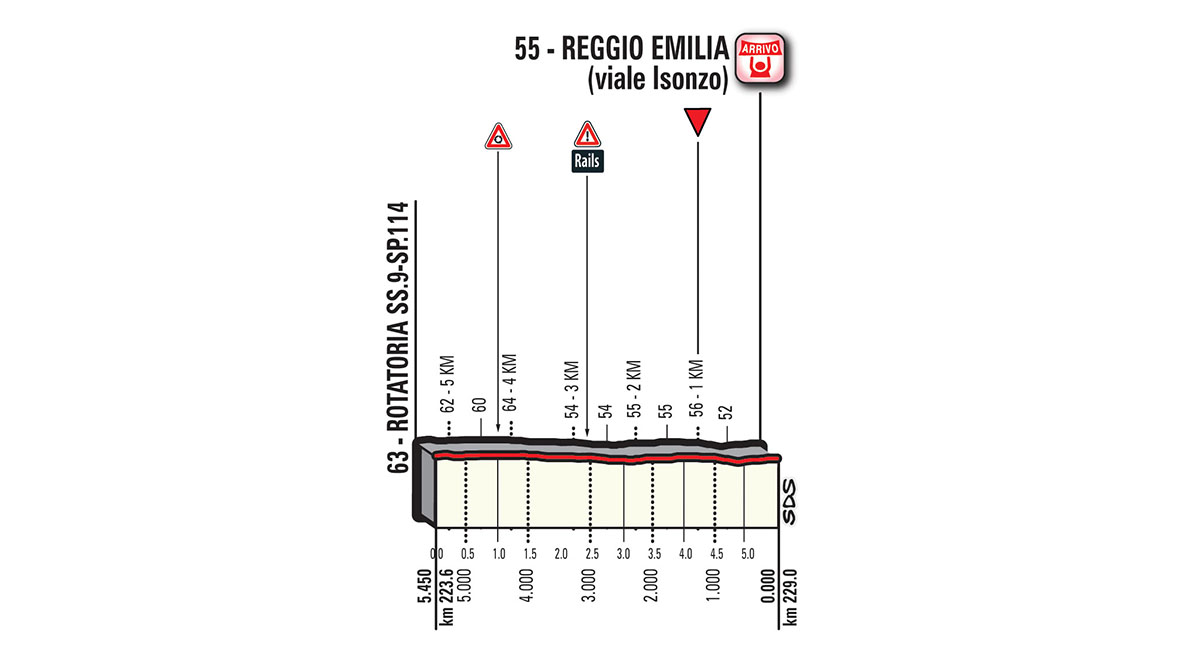 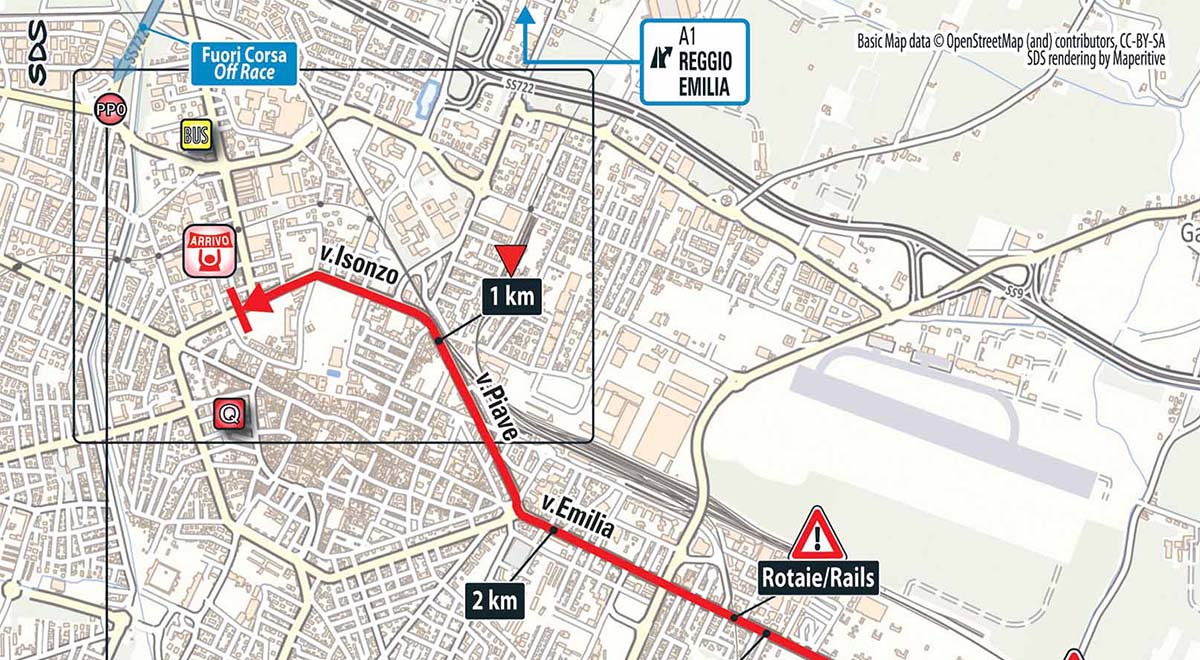 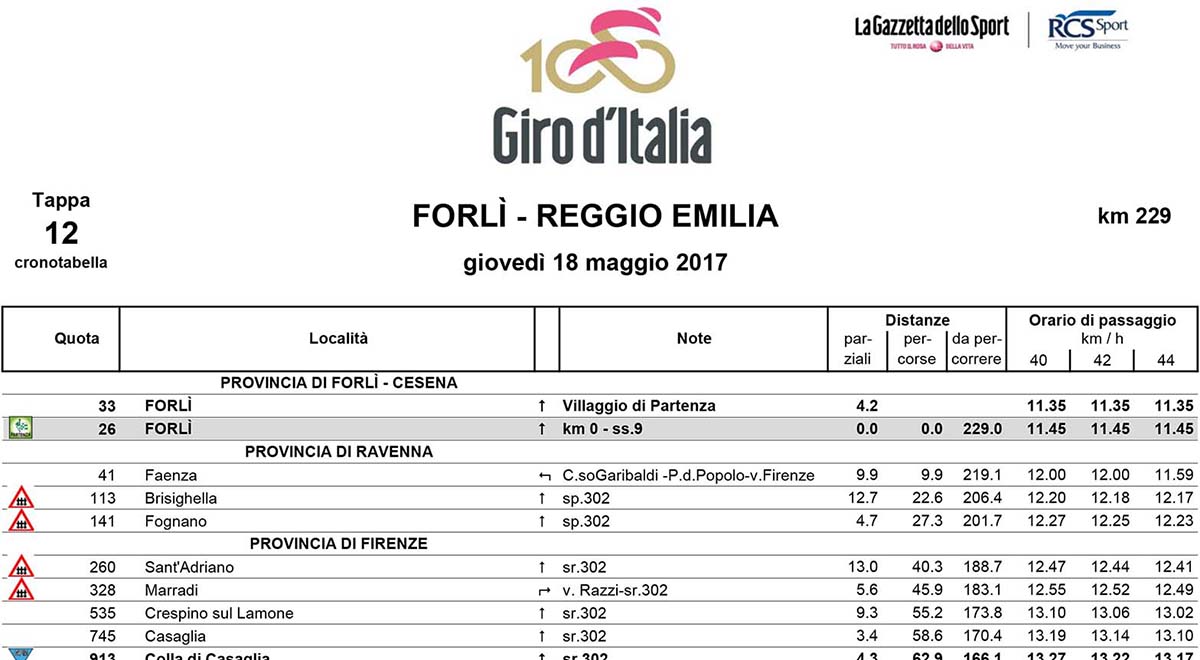