The stage starts from Molfetta, for the first time in the history of Giro. The route is on flat and straight roads in the first 90 km, while the following 100 km are constantly undulating, with several curves and changes of direction. Past Manfredonia, the stage clears the Monte Sant’Angelo categorised climb, and then takes the entire scenic route, all the way to Peschici (with a KOM climb in Coppa Santa Tecla and an intermediate sprint in Vieste) which has already been stage town for other four times (one starting and three arrival). The stage finale is fairly complex, with a fast-running descent from 5 to 3 km to the finish, followed by a short flat stretch, up to 1,500 m from the finish. Here begins the closing climb, which grows increasingly steeper as the finish draws nearer (with peaks reaching 12%), and with several sharp bends. The home straight (200 m), on 7-m wide stone-paved road, has a 9-10% uphill gradient. 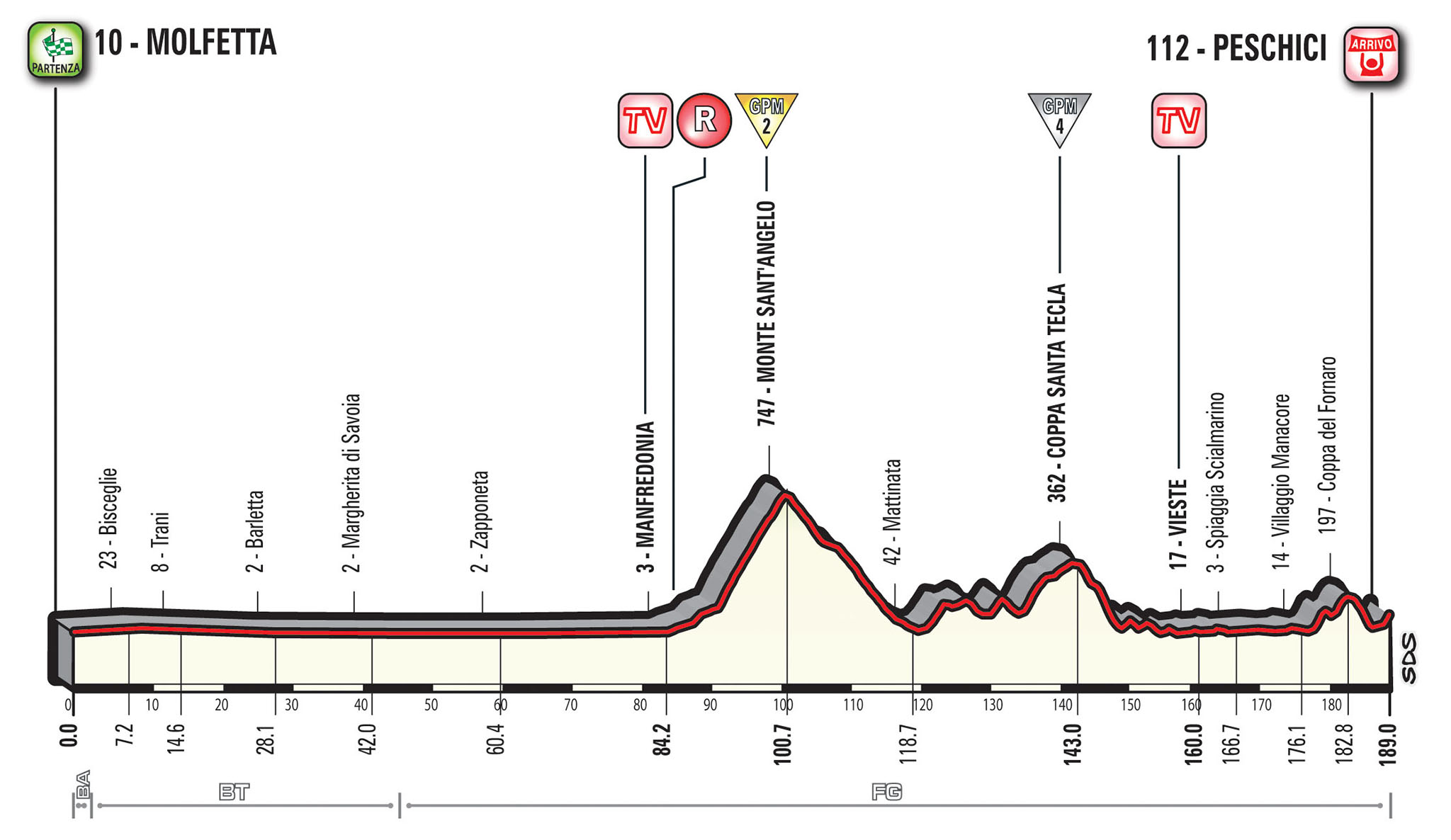 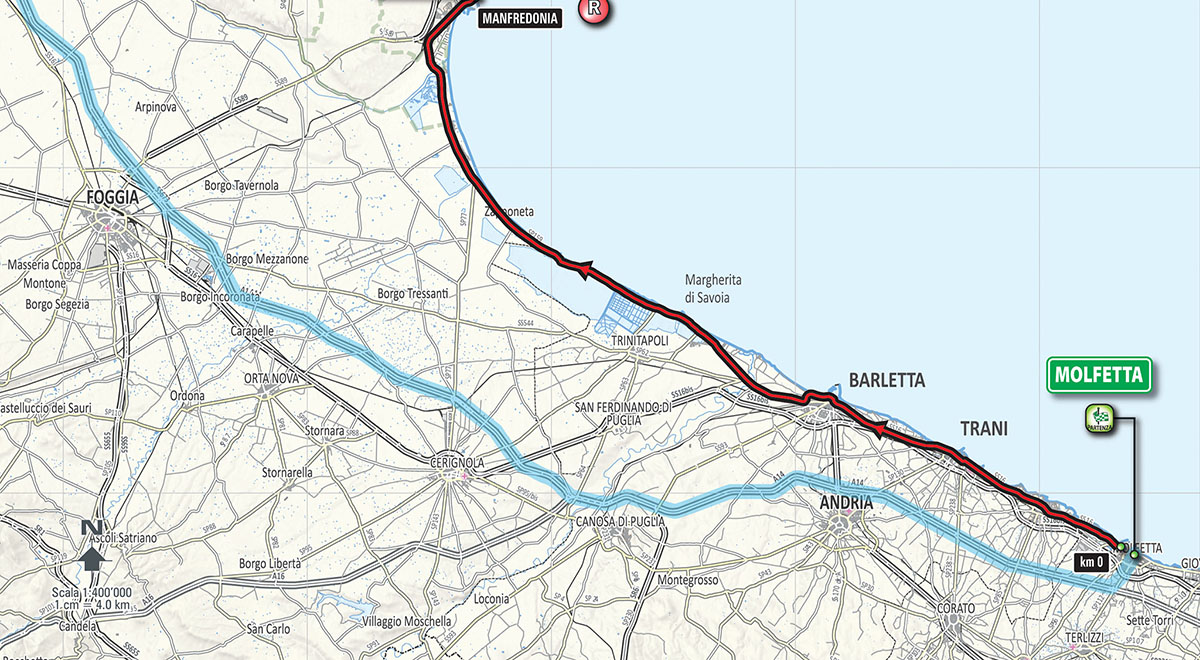 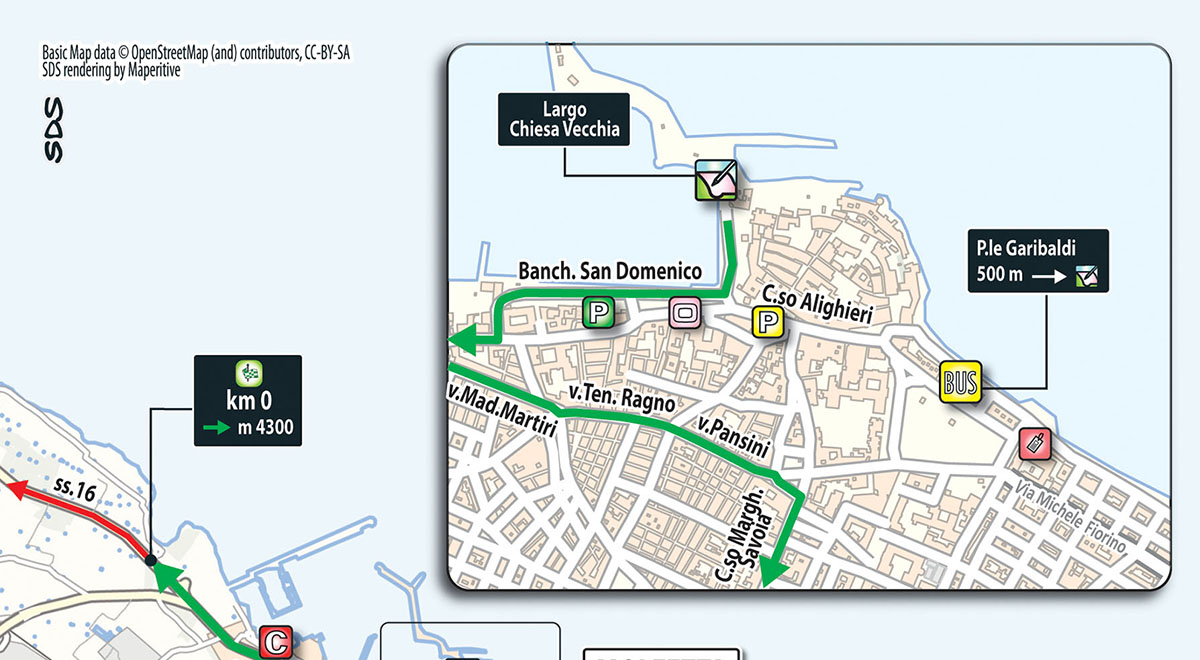 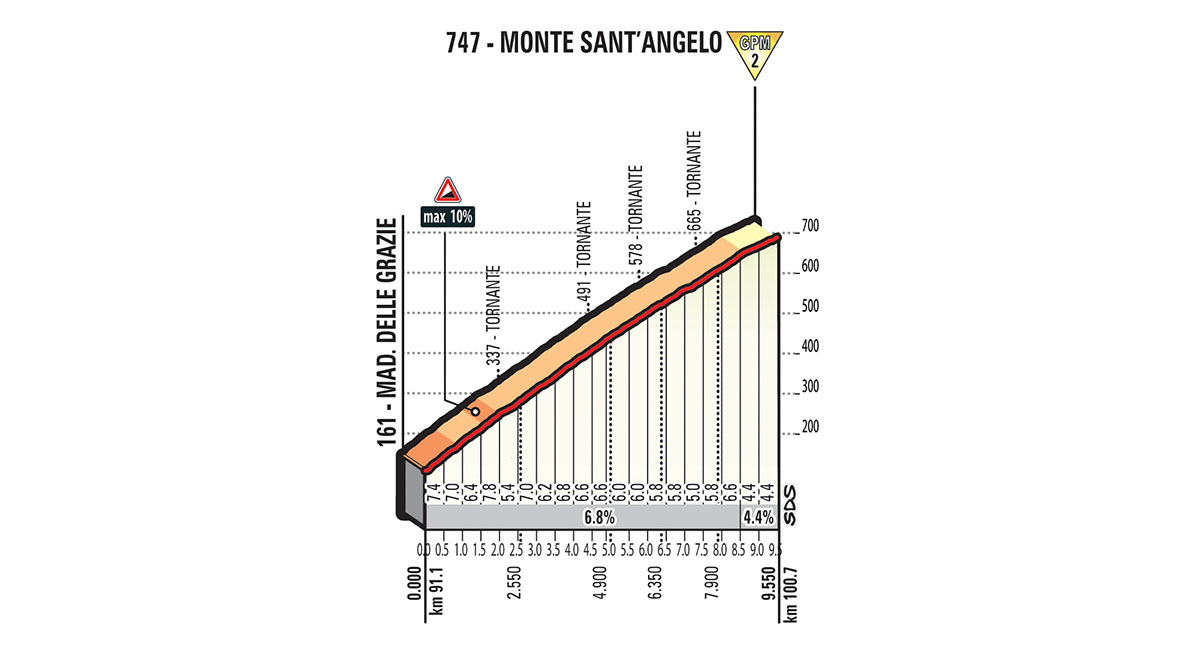 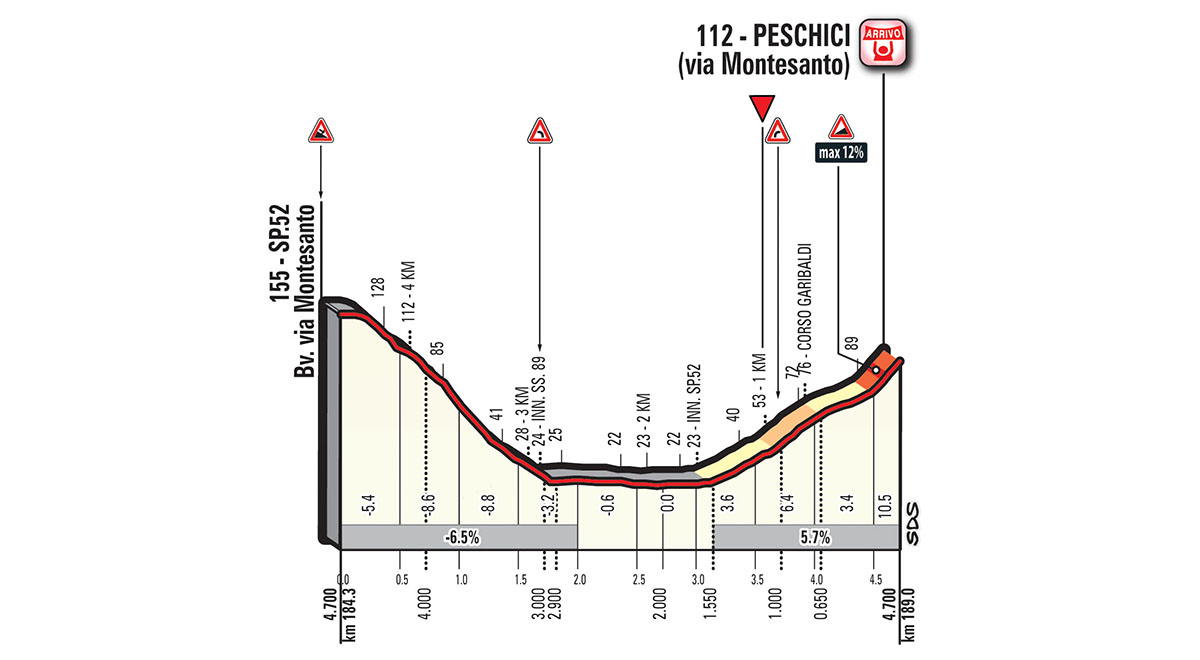 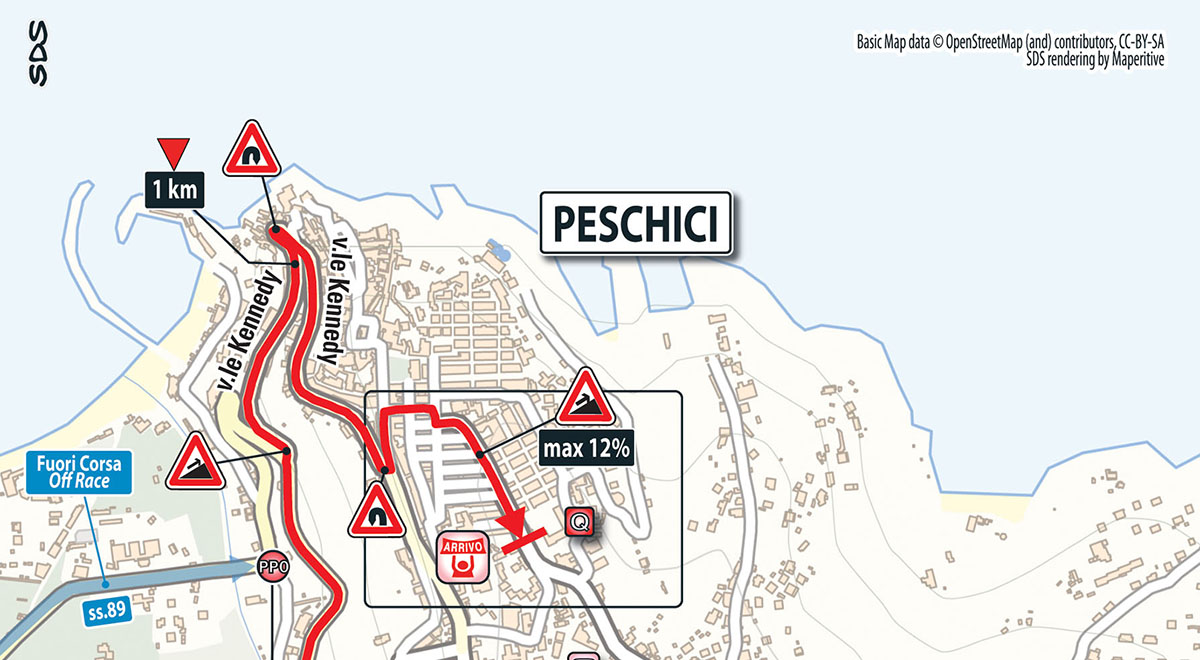 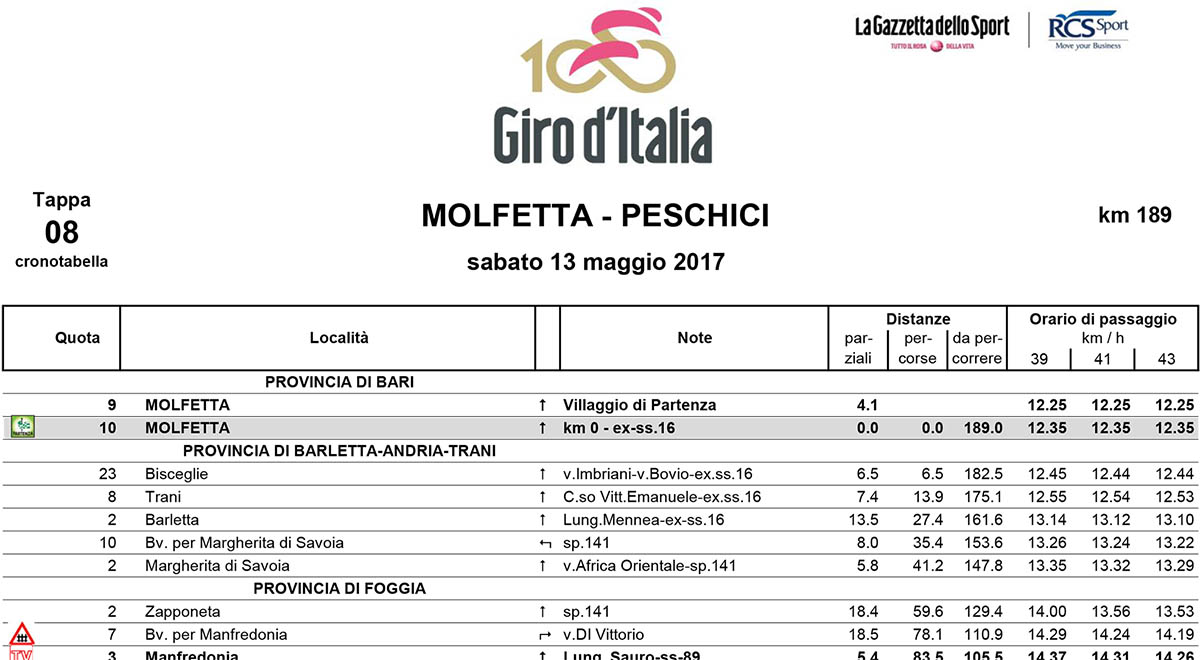