Over the first 140 km, the route is essentially flat (with just a short descent after the start), mainly on straight and wide roads, and only becomes more elaborate when crossing urban areas. After cresting the Bosco delle Pianelle KOM summit, the final part of the stage is more complicated, as the route passes through several urban areas, with roundabouts, traffic dividers, pedestrian islands, setts paving and speed bumps being the main obstacles. The final 40 km are undulating, and going slightly up, with arrival in Alberobello, stage town for the first time. The final kilometres are fairly complex, as the route runs partly on wide and straight roads, and partly on city roads marked by series of bends and partial narrowings. From 5 to 1.5 km to the finish, the route runs mostly uphill, with a short descent that ends 700 m before the finish. The route climbs slightly in the stage finale, with a few mild bends. The finish line sits on a 100-m long and 7.5-m wide asphalt straight. 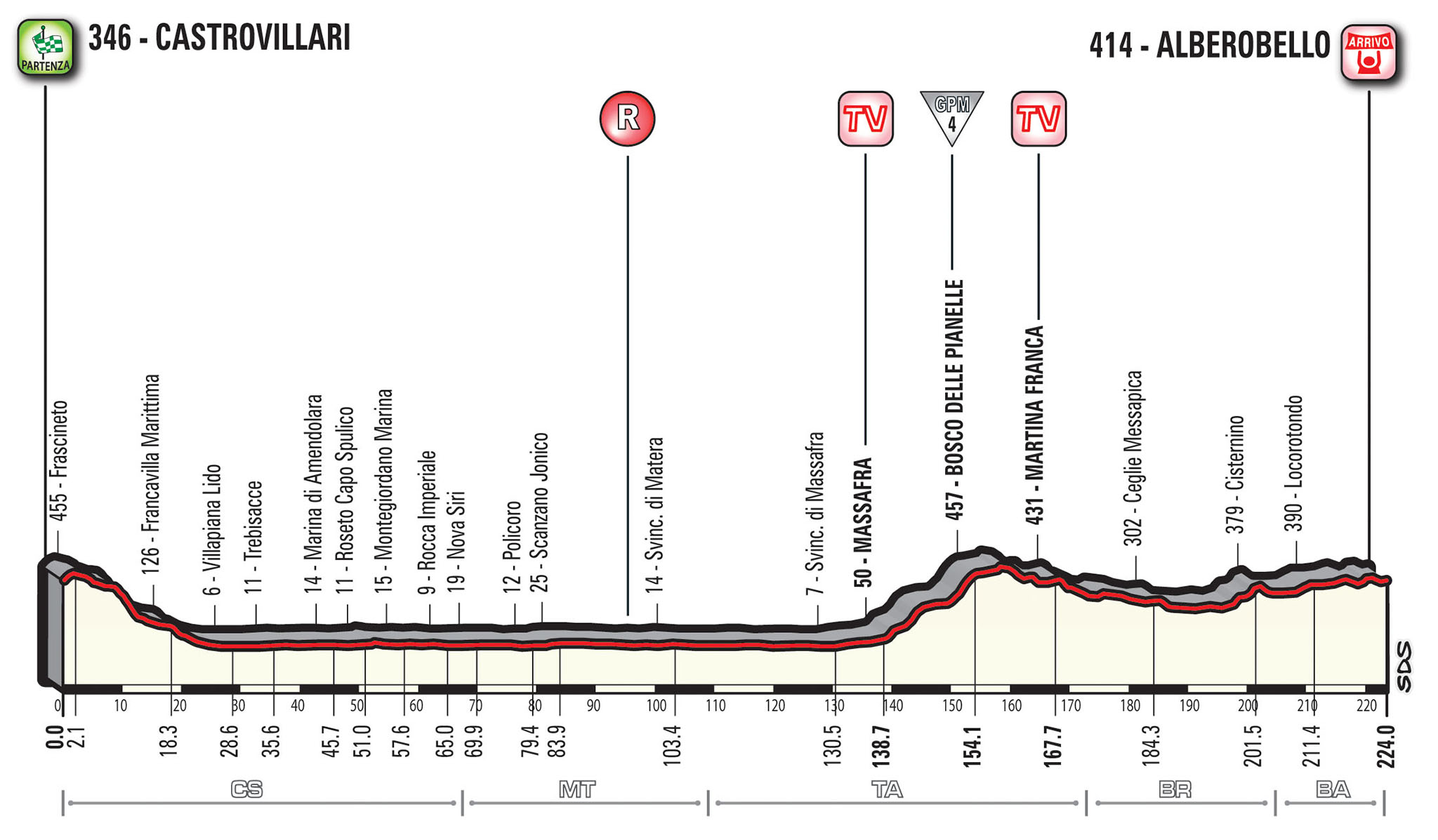 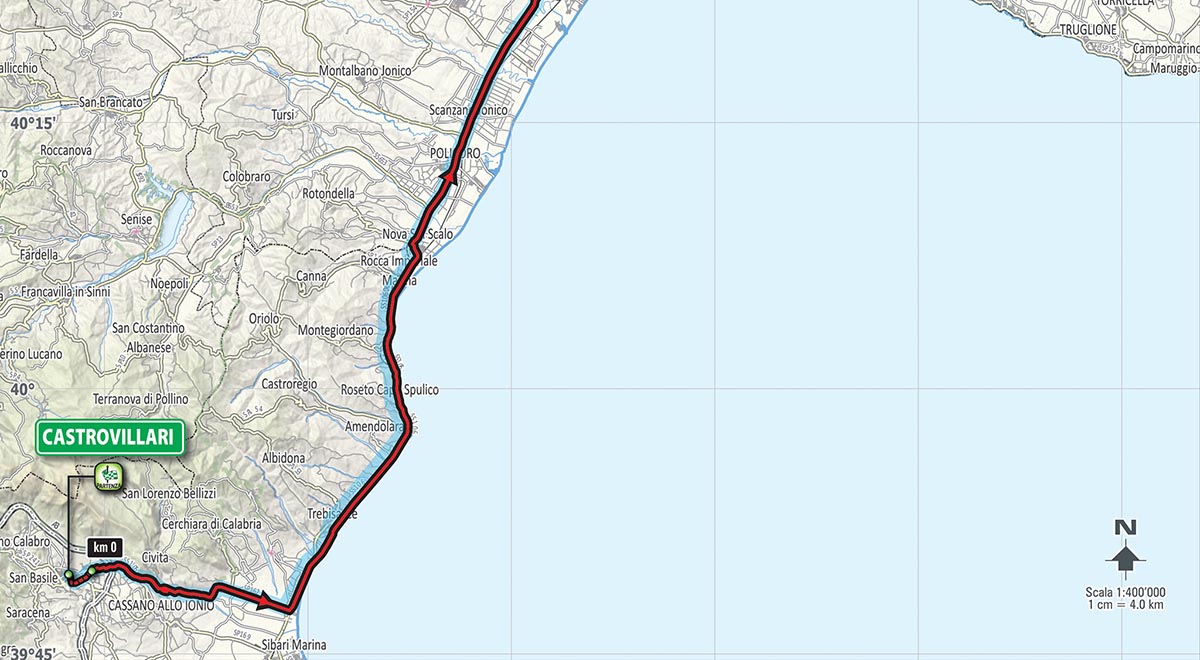 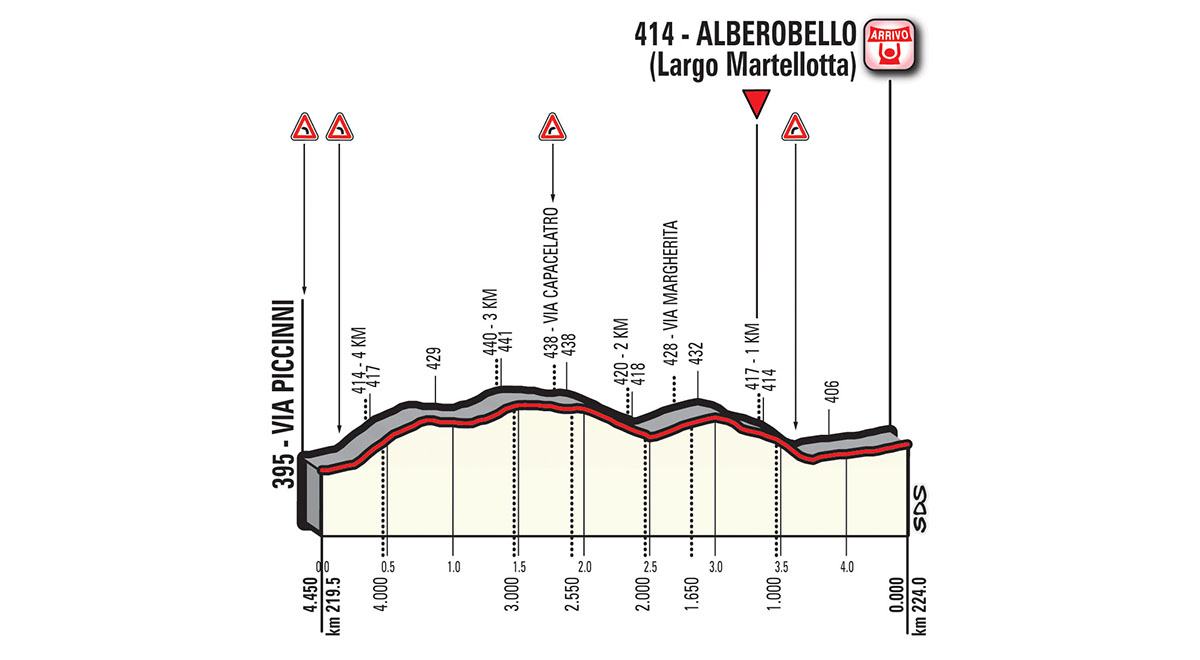 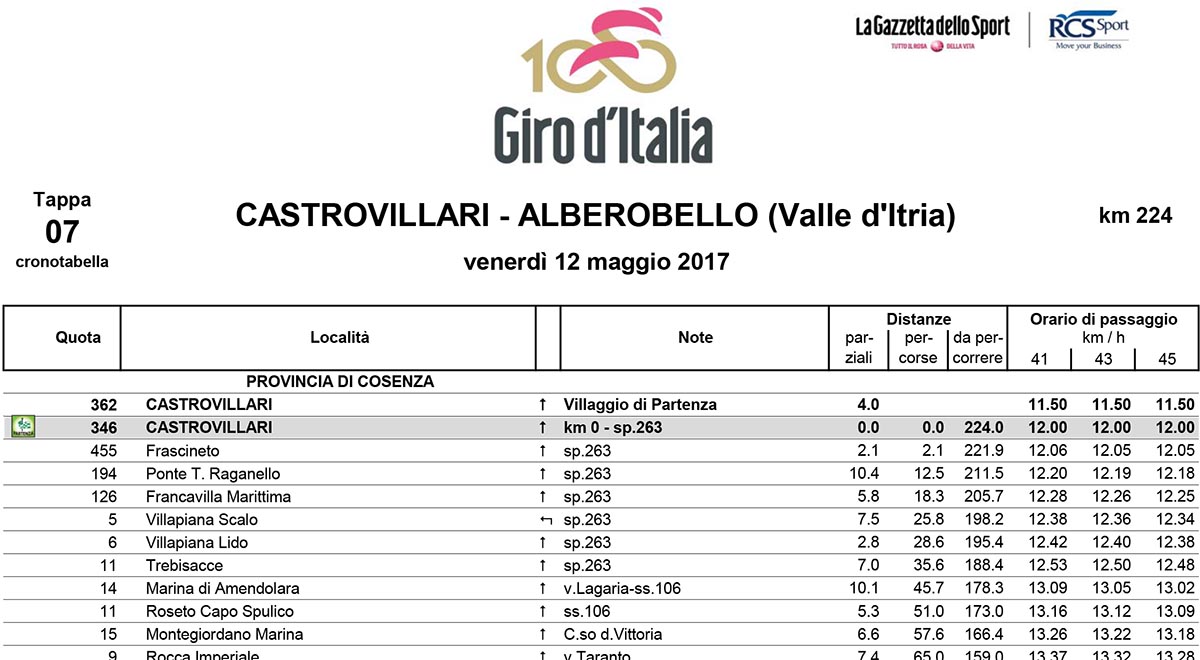