A summit finish above 2000 m. The stage is played out entirely within the province of Turin. The route circles the town from the north, cresting the Colle del Lys from the most challenging side, with long stretches sloping at 9-10%. After crossing the western Canavese, the race takes a first-ever climb up Pian del Lupo (along the Santa Elisabetta side). The climb and the descent are equally harsh and demanding, with two-figure gradients over long stretches. The final climb (more than 44 km overall, including the false-flat drag) begins at the end of the descent onto Pont Canavese. The climb officially starts in Noasca, touching the sharpest gradients. In the first part, the route covers the old road, properly repaved for bicycle transit, avoiding the long tunnel (3,650 m). The route flattens out in Ceresole, near the artificial lake, then rises again over the last 10 km. Final kilometres After levelling out near the lake of Ceresole, the route goes up again, in hairpins, sloping at 9% on narrowed roadway, all the way to the finish in Lago Serrù (2247 m). The home straight is 50 m long, on 6 m wide road. 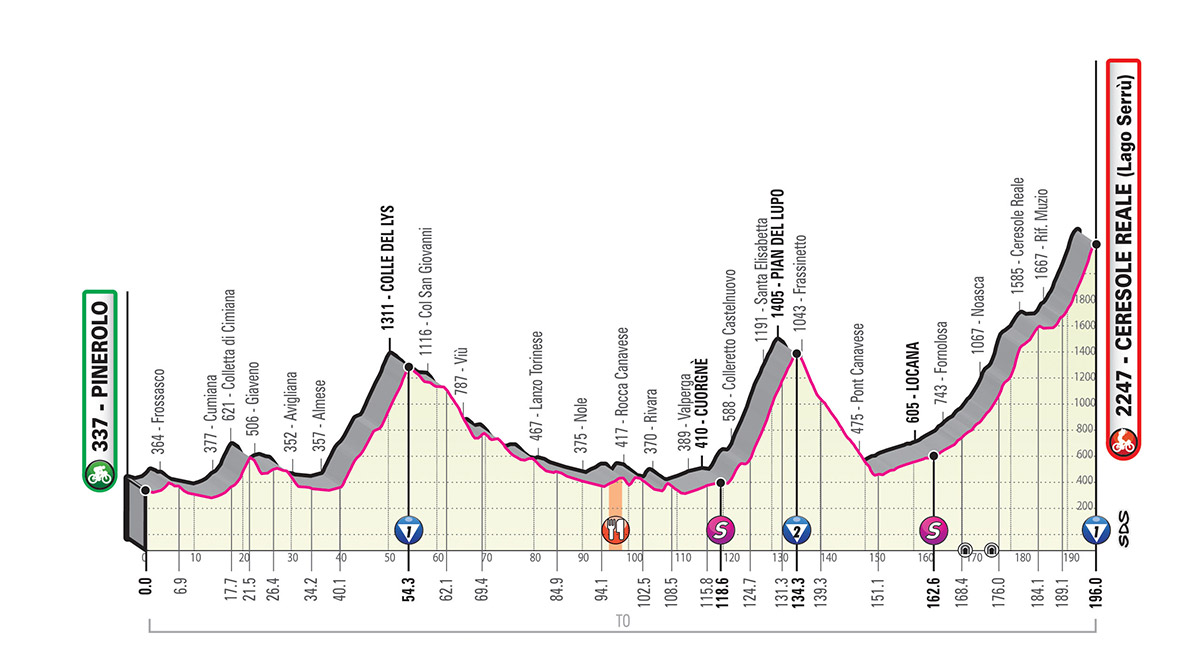 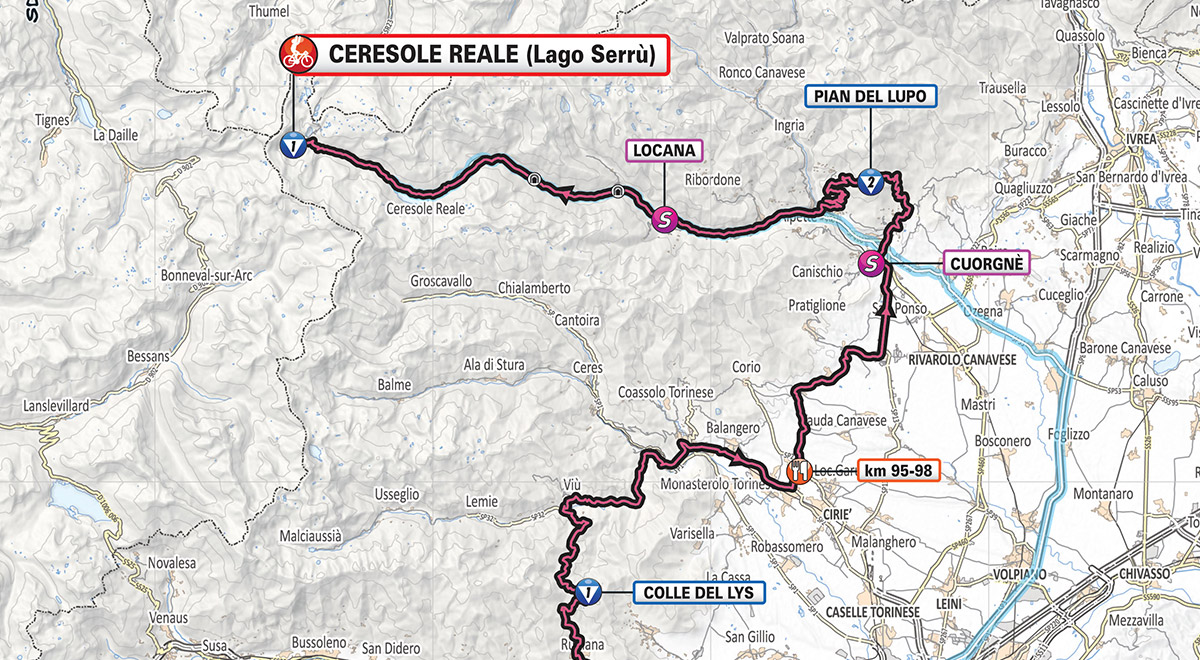 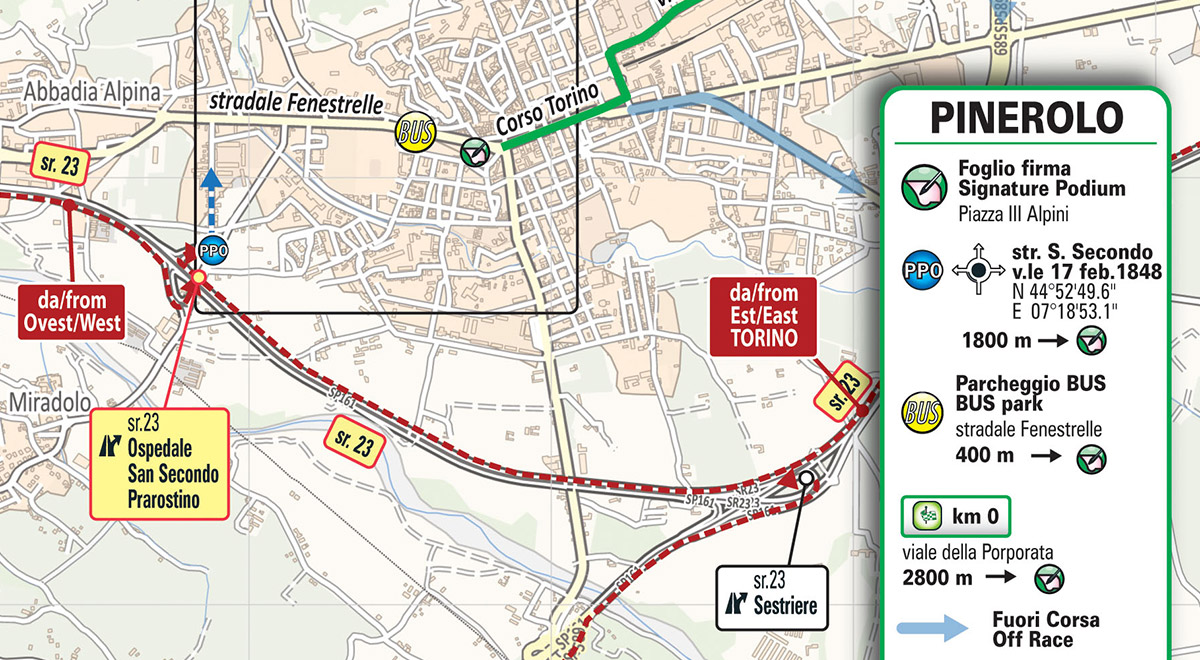 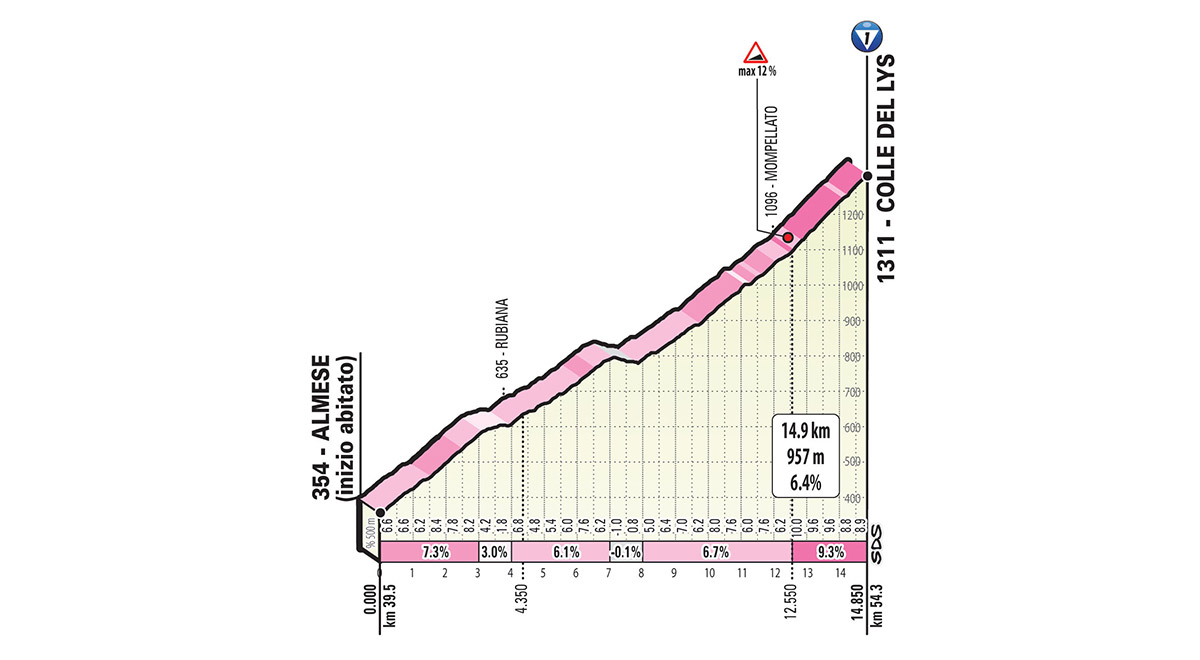 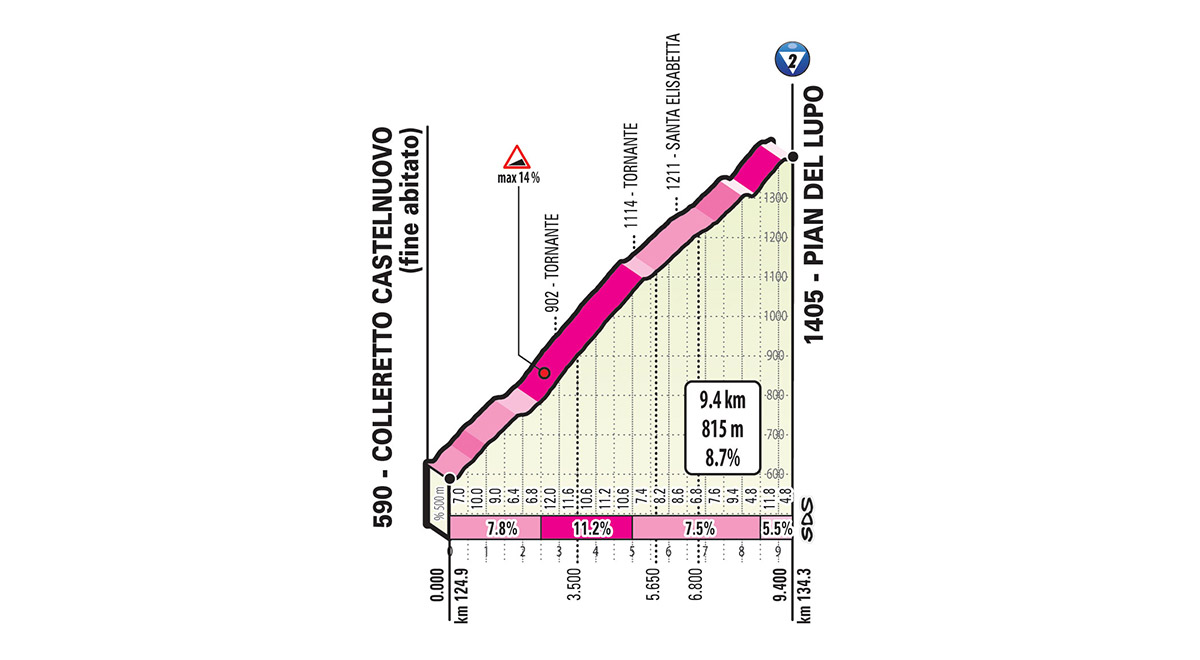 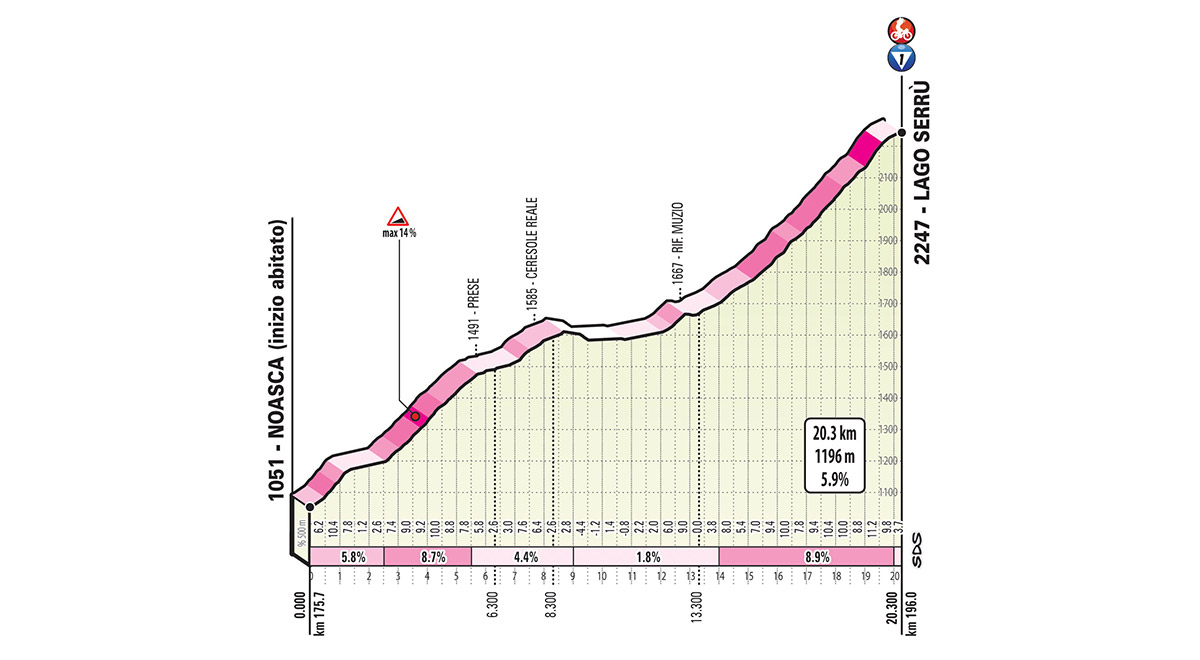 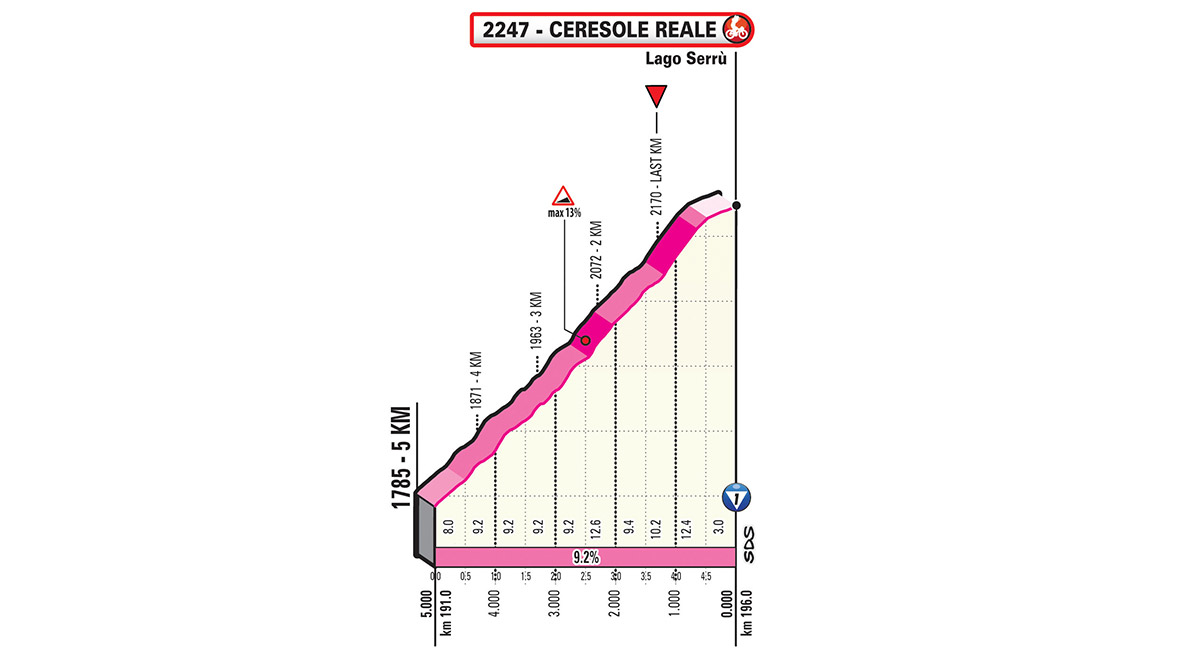 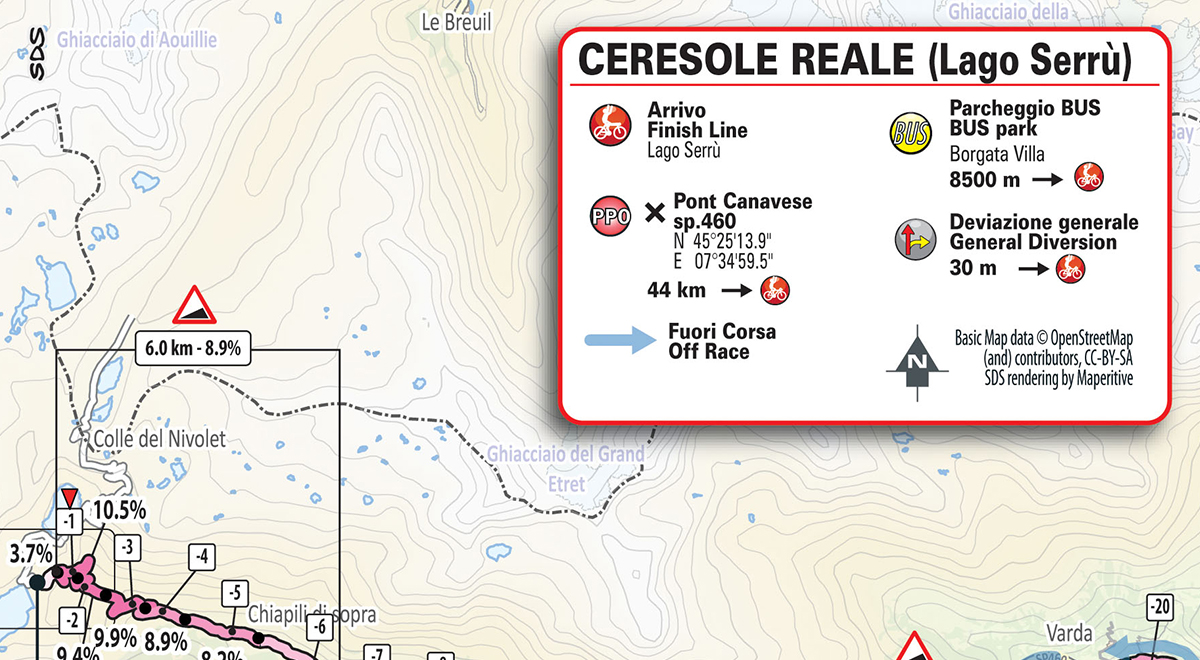 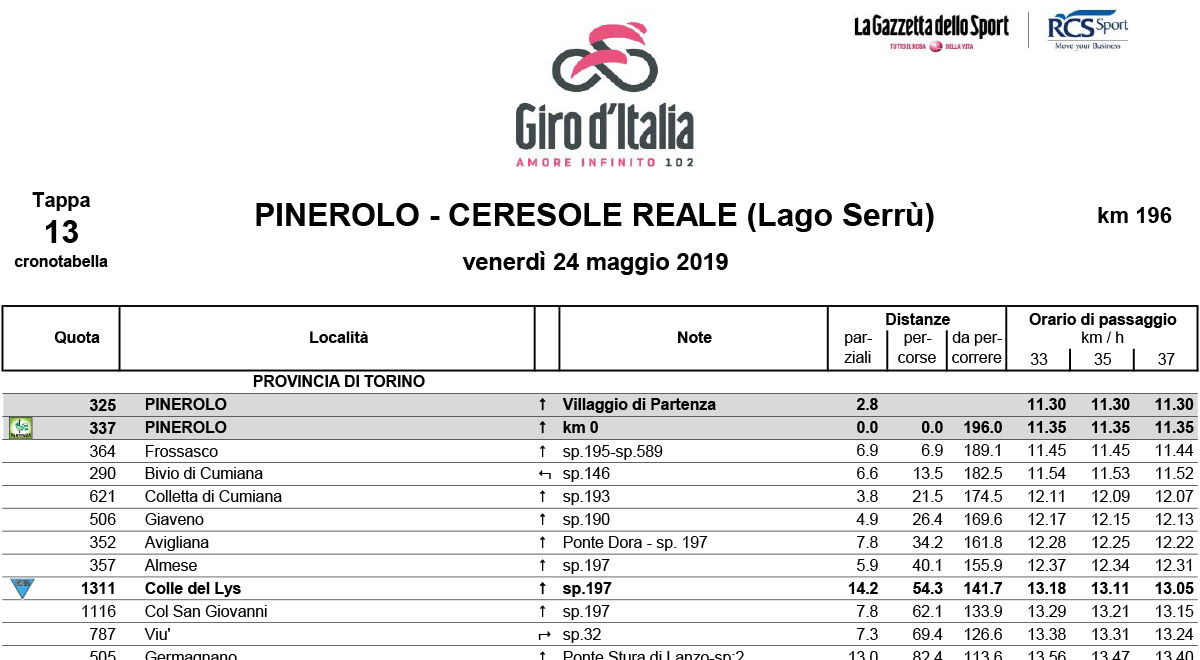