A 194 km alpine stage with 15759 feet (4800m) of vertical altitude gain. The stage start's uphill at Lovere, then negotiates the passes over the  Presolana and the Croce di Salven. The route then follows the Val Camonica as far as the town of Cedegolo, where the Cevo, a climb new to the Giro d'Italia d'Italia, begins. At Edolo the route turns towards the Aprica via Santicolo. The descent to Tirano is followed by the Adda valley as far as Mazzo di Valtellina, where the riders embark on the Mortirolo on the classic side with gradients of up to 18%. After the descent to Monno, the route rises for the final 15 km on shallow gradients (3-4%) to the finish line. Final kilometres The final kilometres in urban Ponte di Legno are played out on narrower roads, with many 90-degree bends leading into wider avenues, heading for the finish. The home straight (300 m) is on 6 m wide asphalt road. 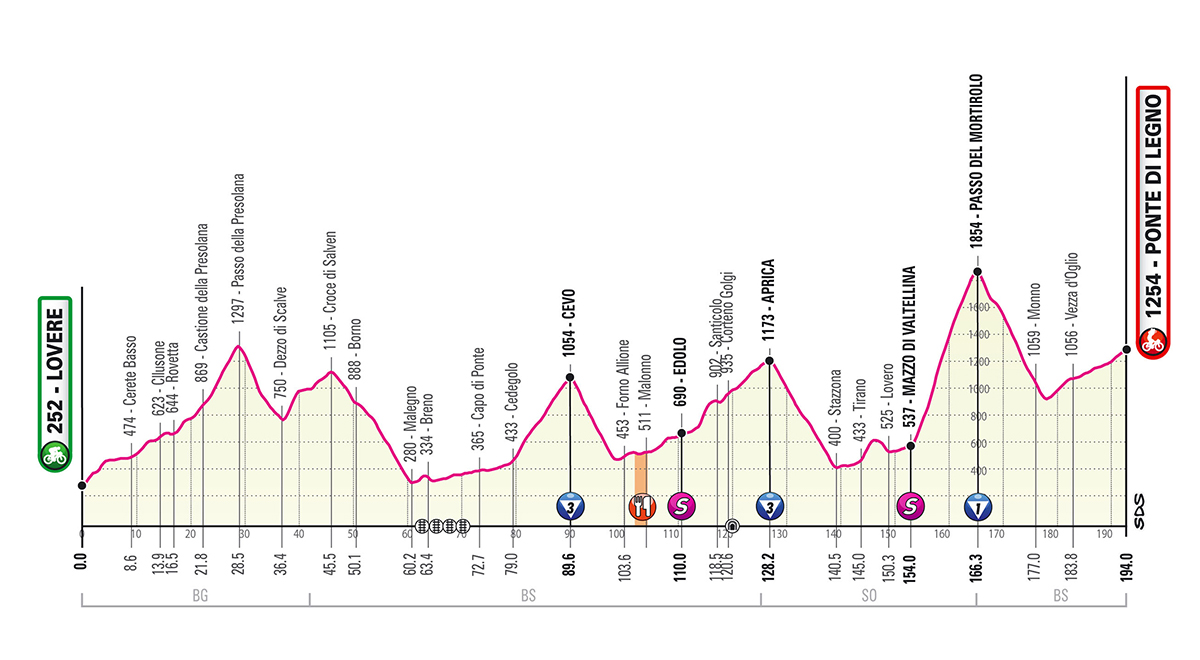 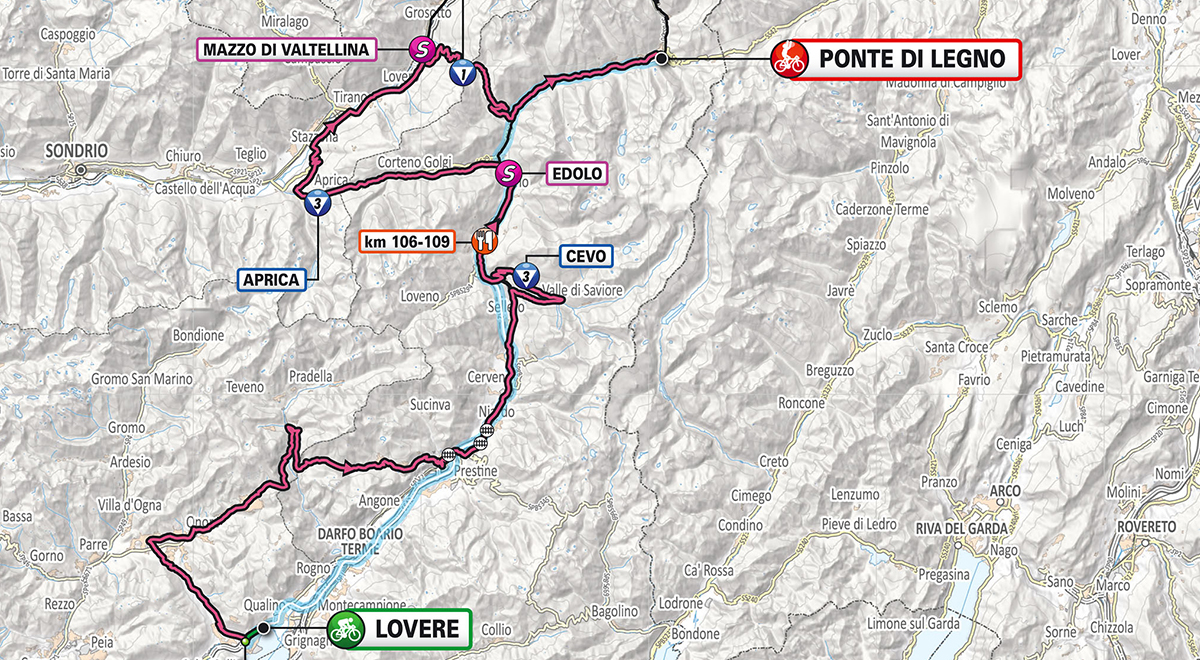 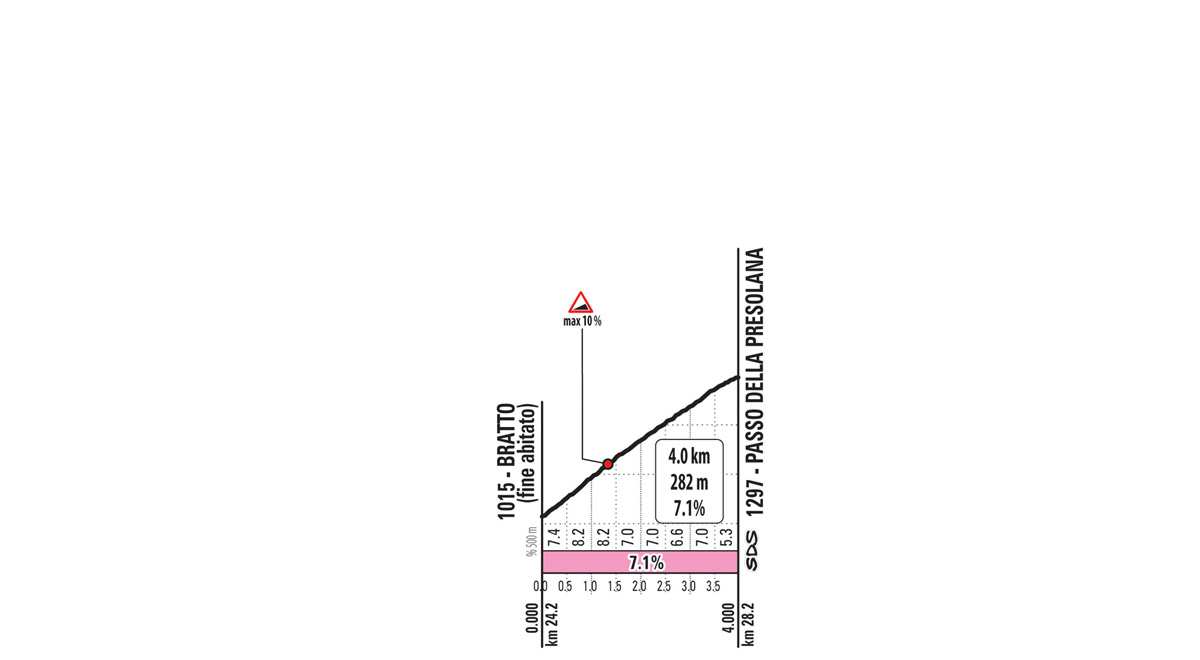 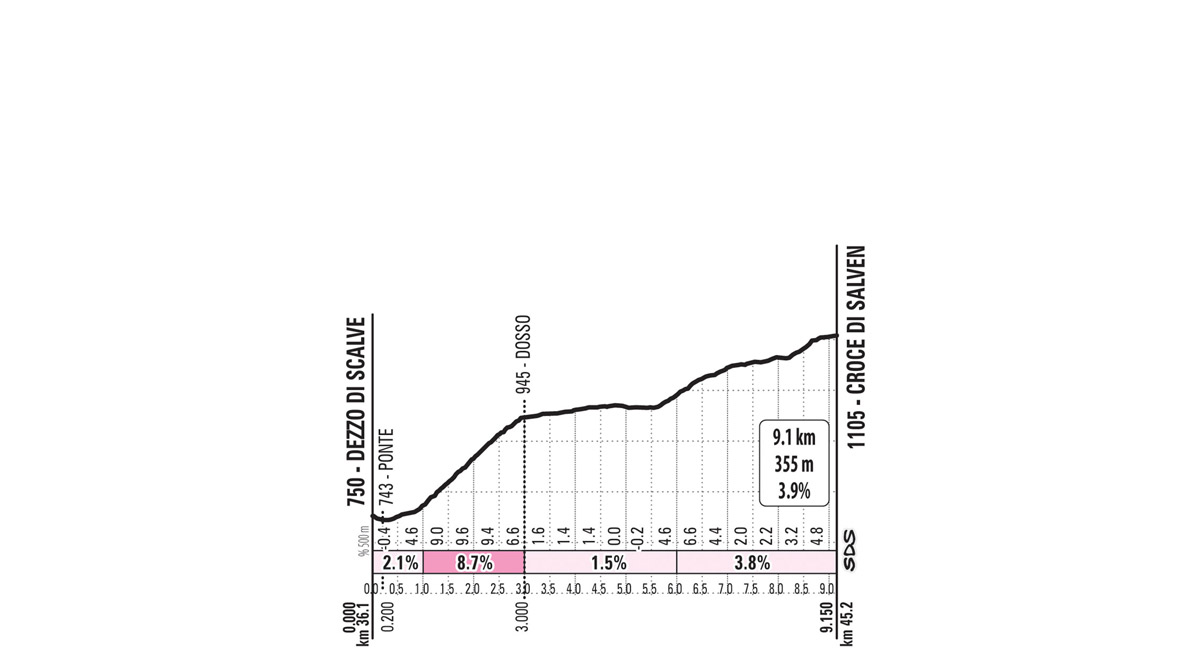 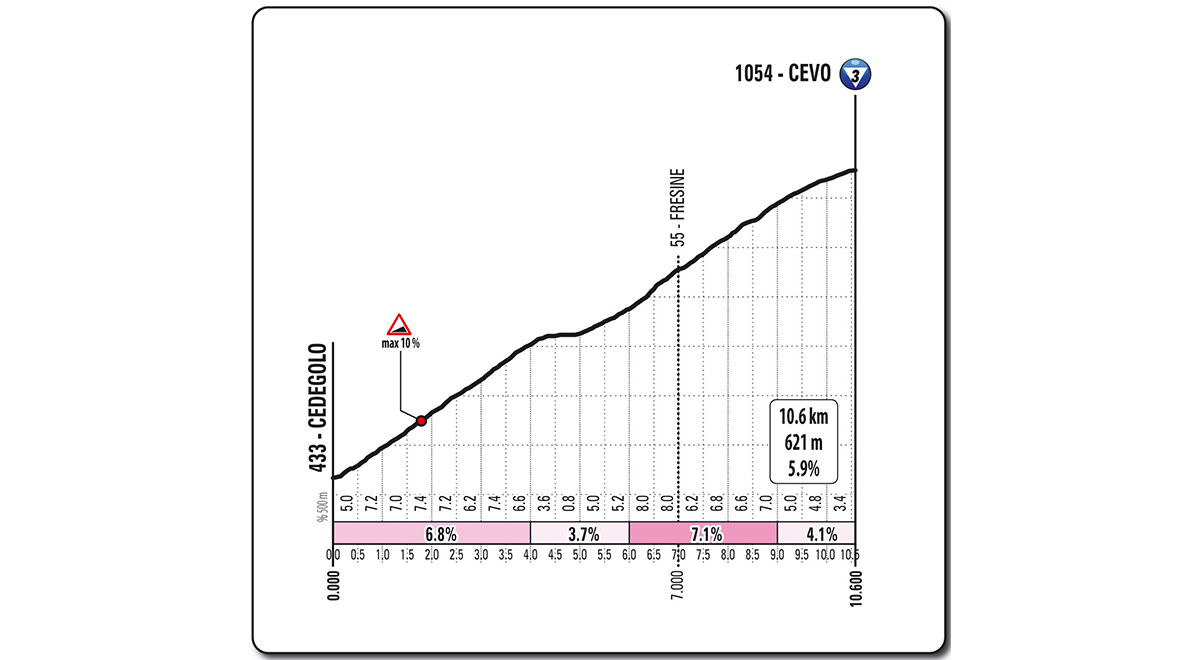 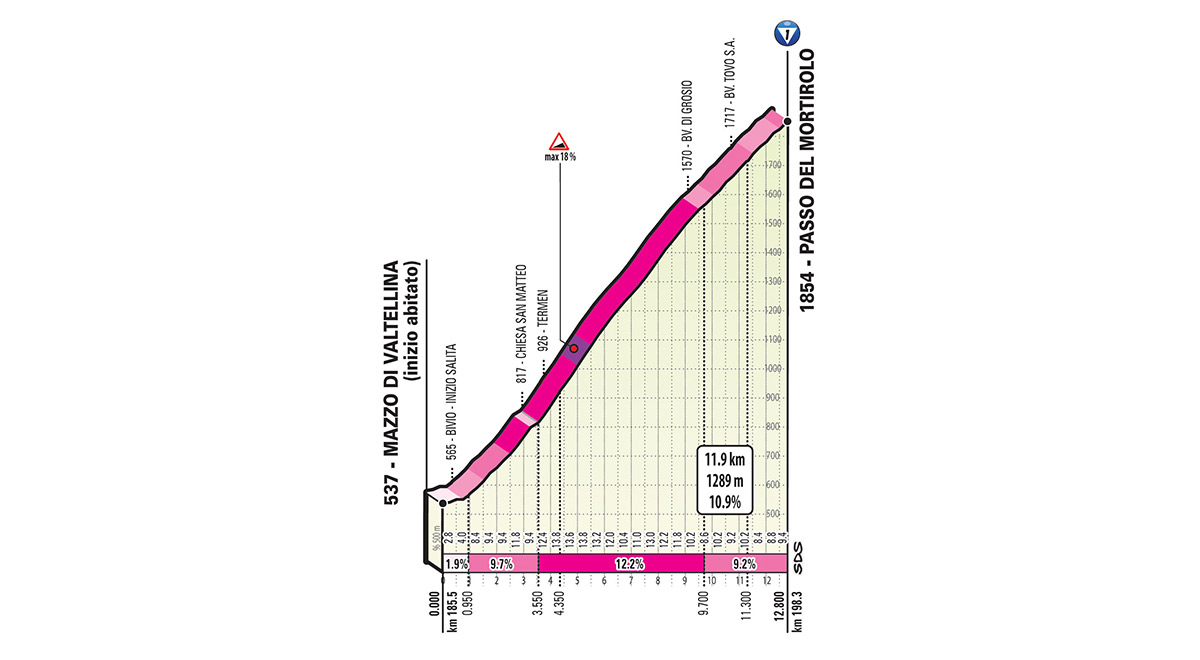 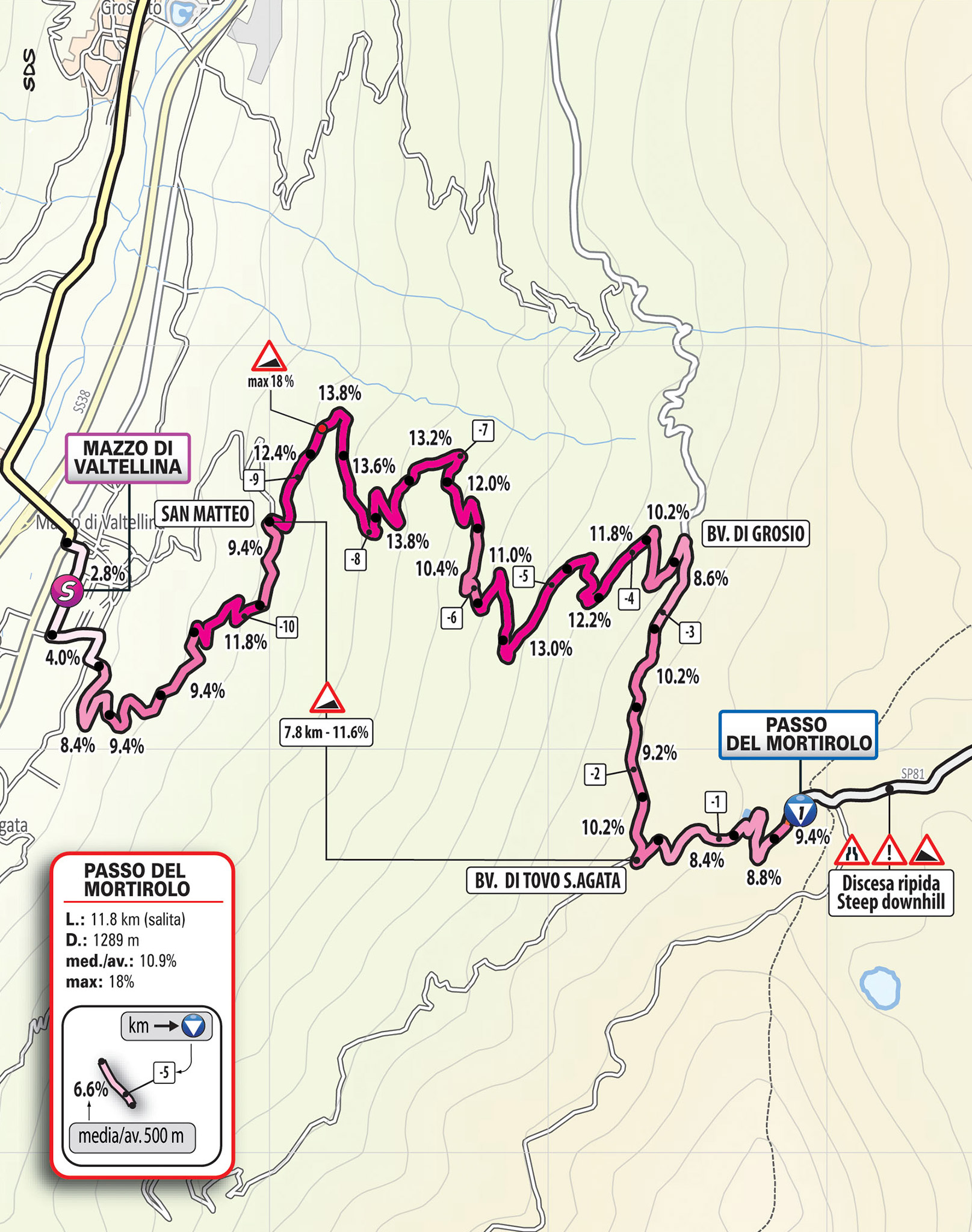 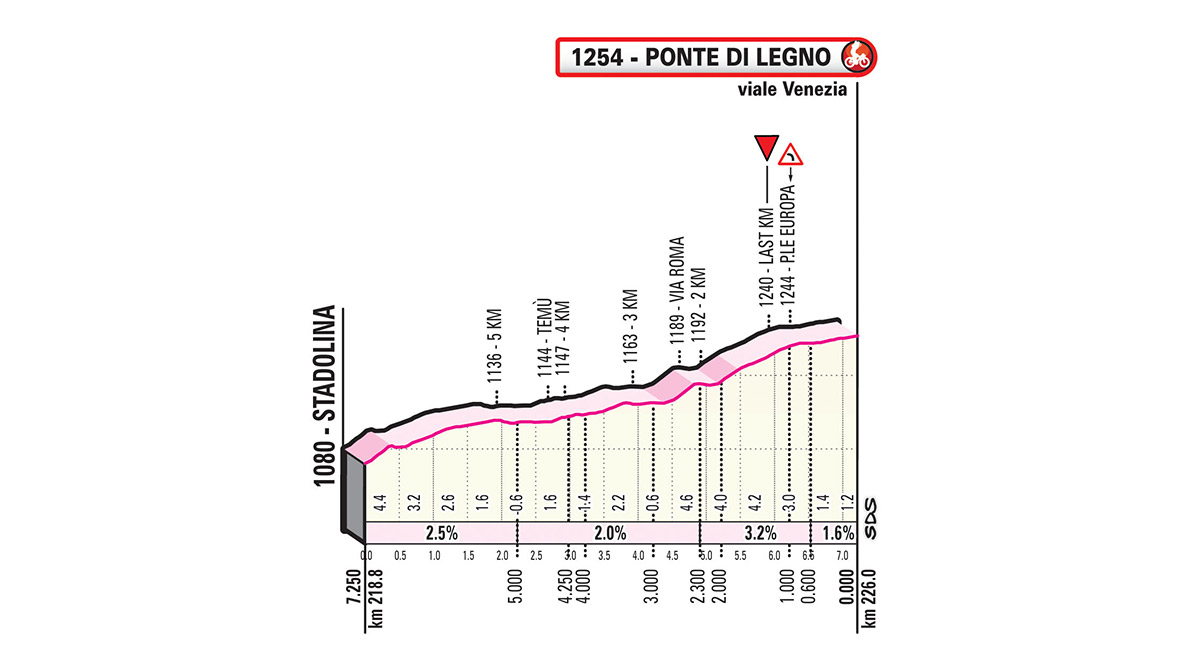 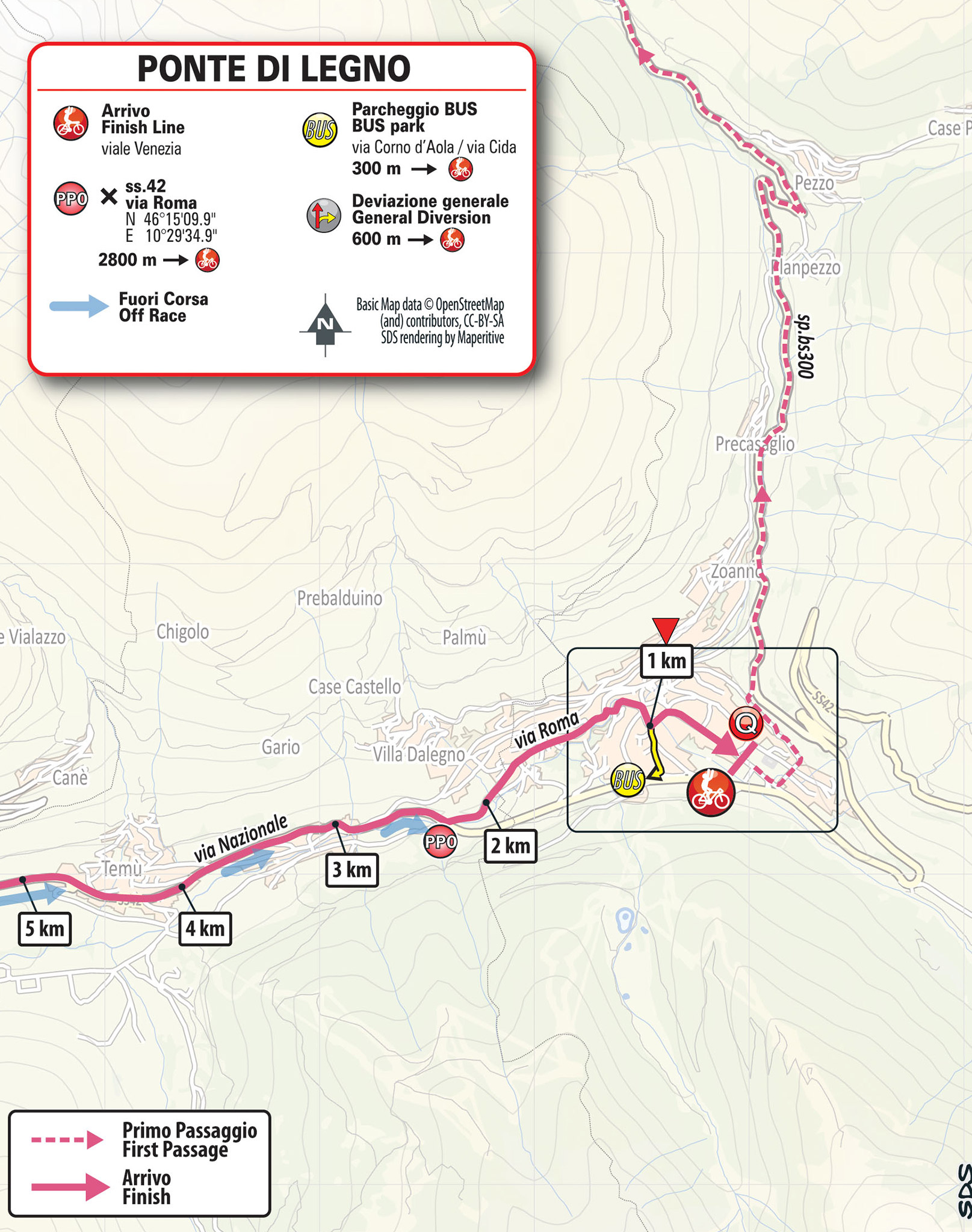 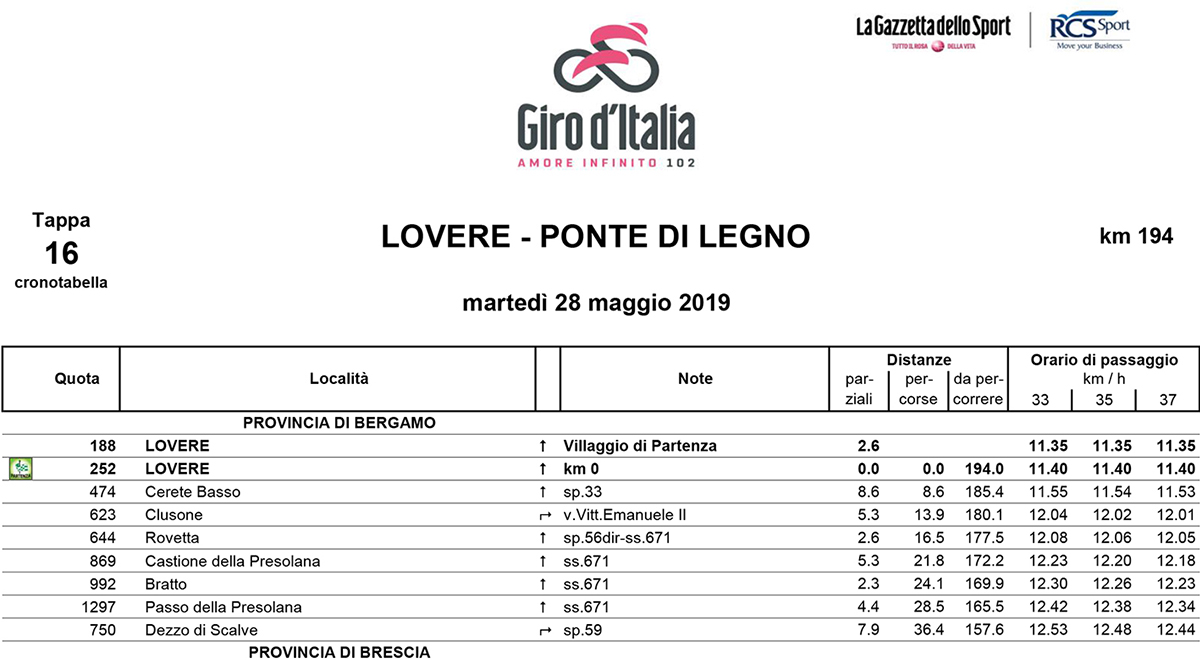