A colossal stage through the Dolomites, with 5 long consecutive climbs alternating with milder or flat stretches. Setting off in Feltre, the stage encounters the first ascents in Arsiè. After cresting the Cima Campo climb (18 km), the route descends all the way to Castel Tesino and Scurelle. Next on the route, the ascent to Passo Manghen amounts to 24 km (including both the false flat and the actual climb), with nearly 2,000 m in vertical altitude gain. A fast-running descent leads through Molina di Fiemme, Cavalese, Tesero and Predazzo, all the way to Passo Rolle. The climb, although not forbidding, is over 20 km long, and precedes the final ascent to Croce d’Aune-Monte Avena. The final part, composed of two consecutive climbs, amounts to nearly 20 km. Over the last 6 km of the Croce d’Aune climb, gradients never drop below 10%, and even top out at 16%. The route descends briefly after Croce d’Aune, and then bounces back to sharp uphill gradients over the last 7 km. Final kilometres The final 7 km are entirely uphill, with an average 7.4% gradient, peaking at 10%. The route goes up in long hairpins, up to 150 m from the finish. Here it takes a sharp turn to the left and enters the flat home stretch, on 5 m wide tarmac. 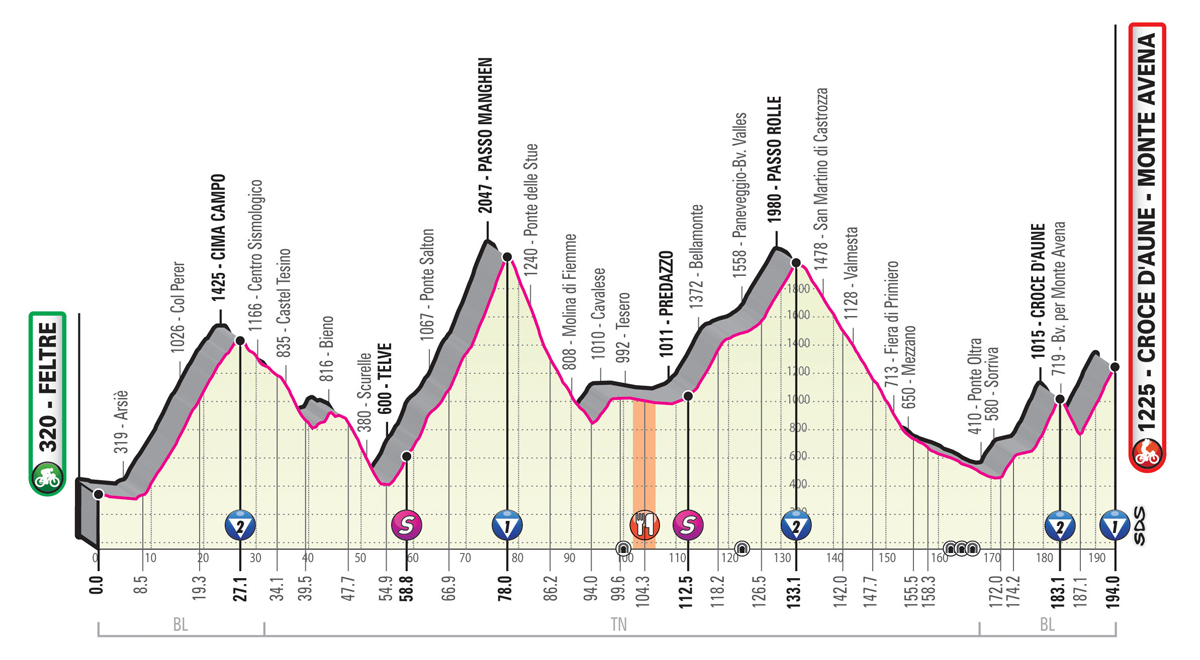 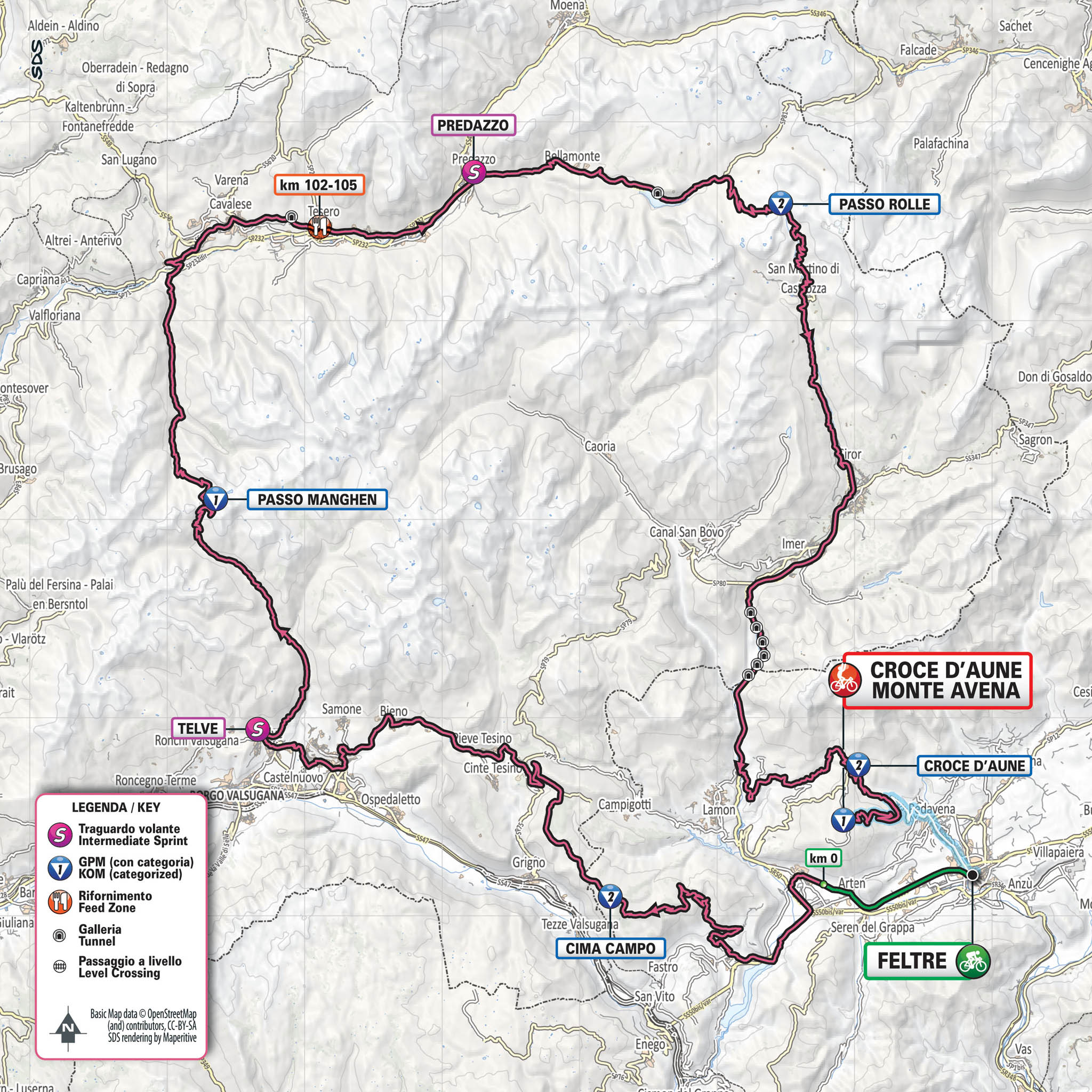 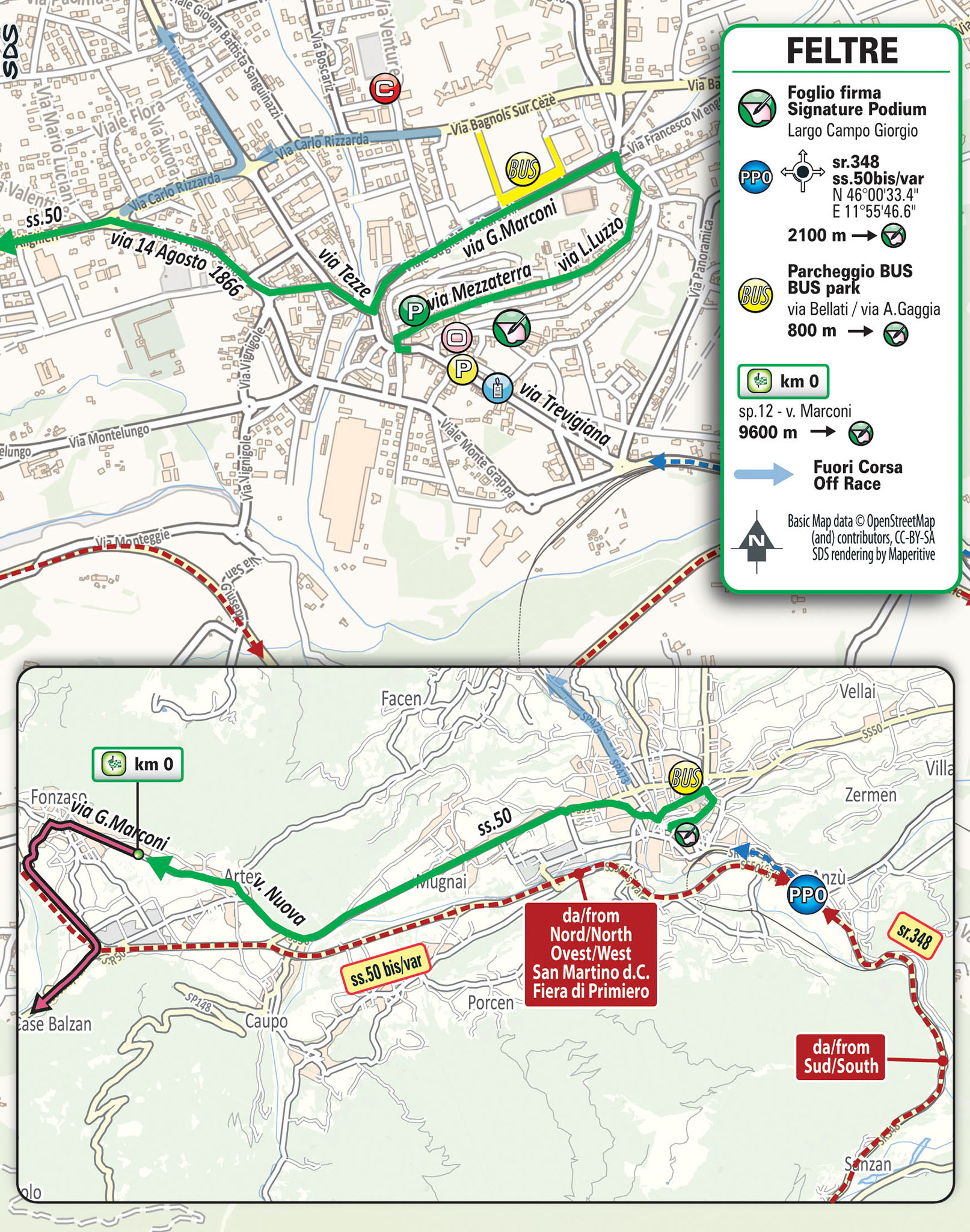 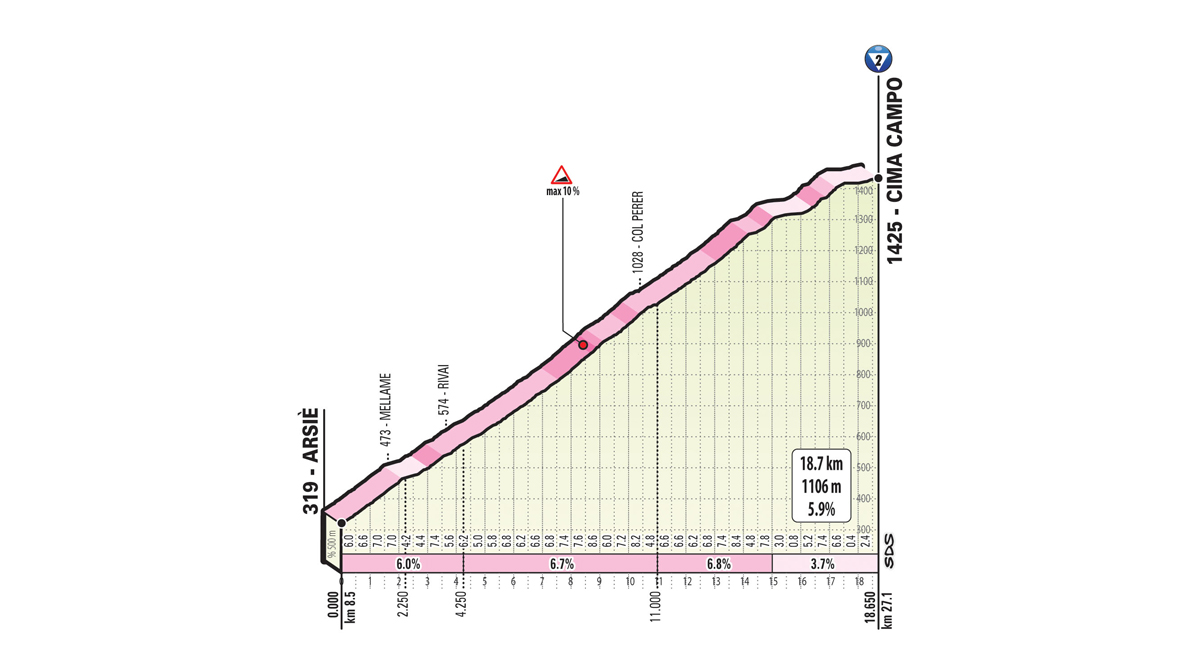 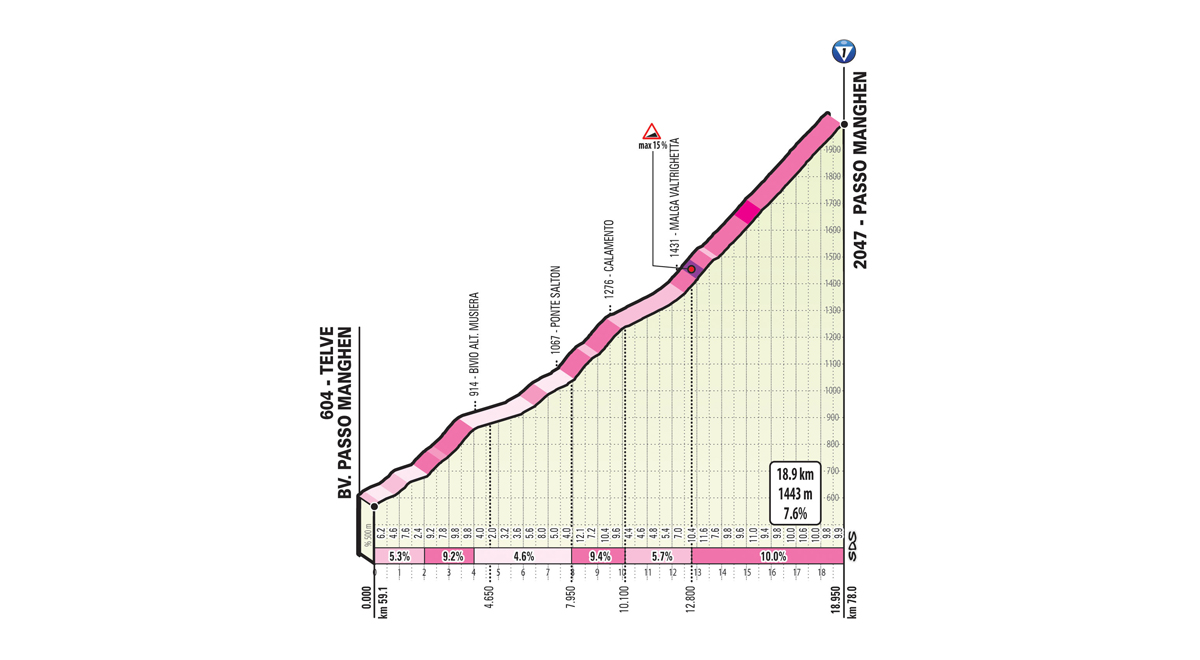 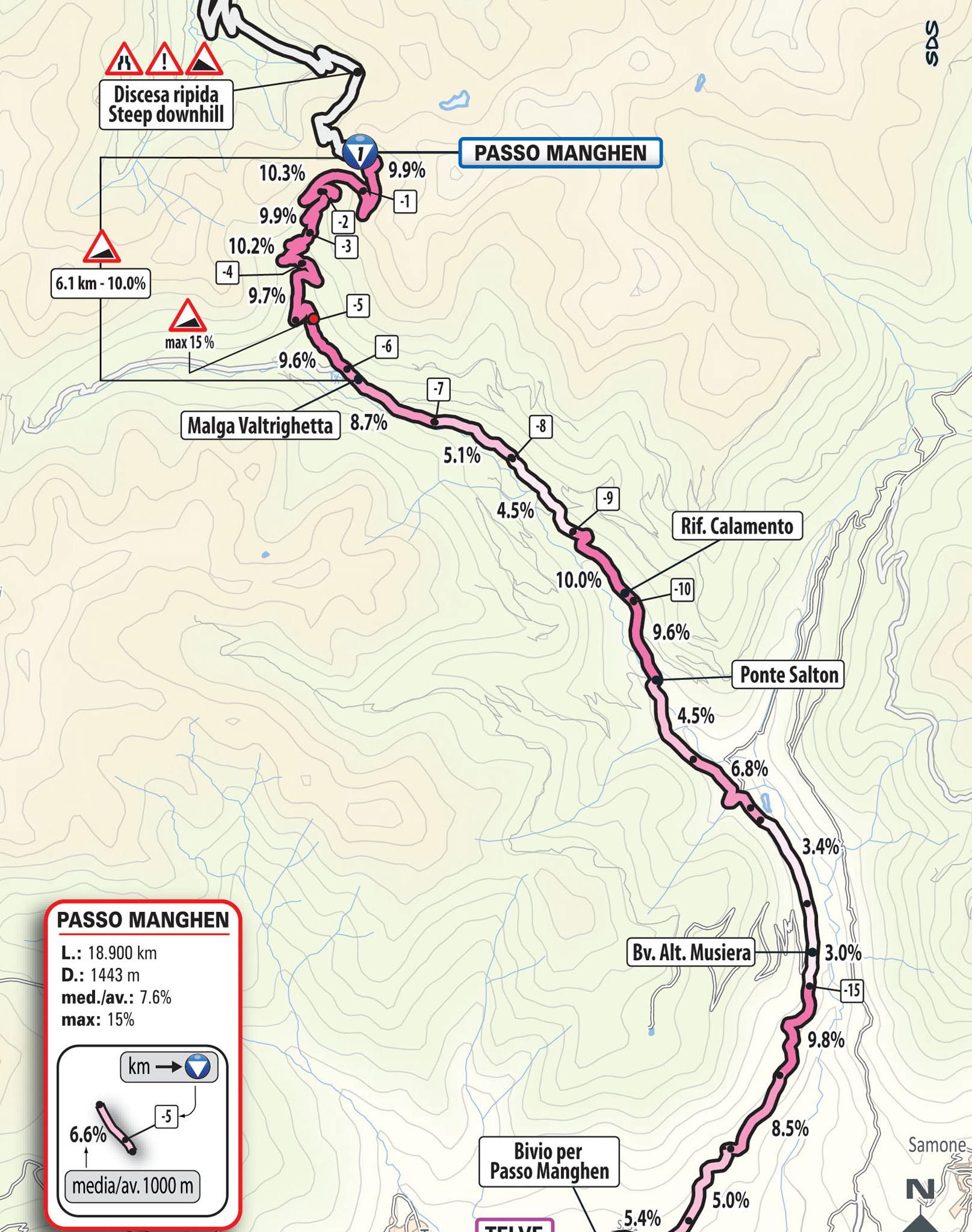 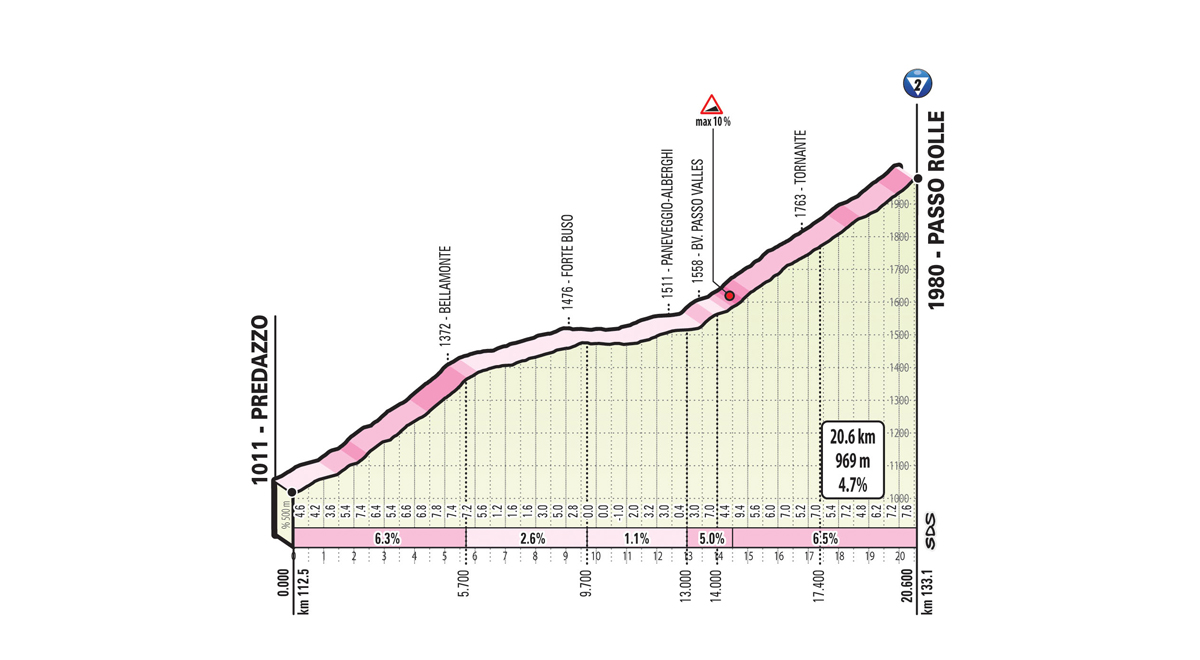 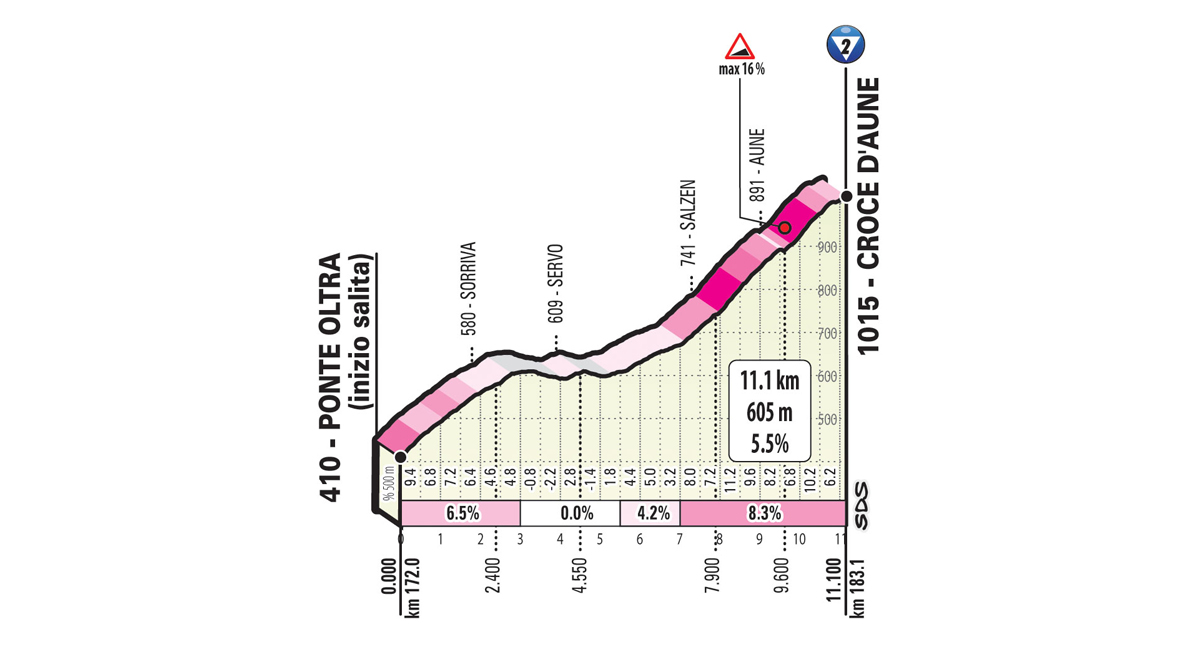 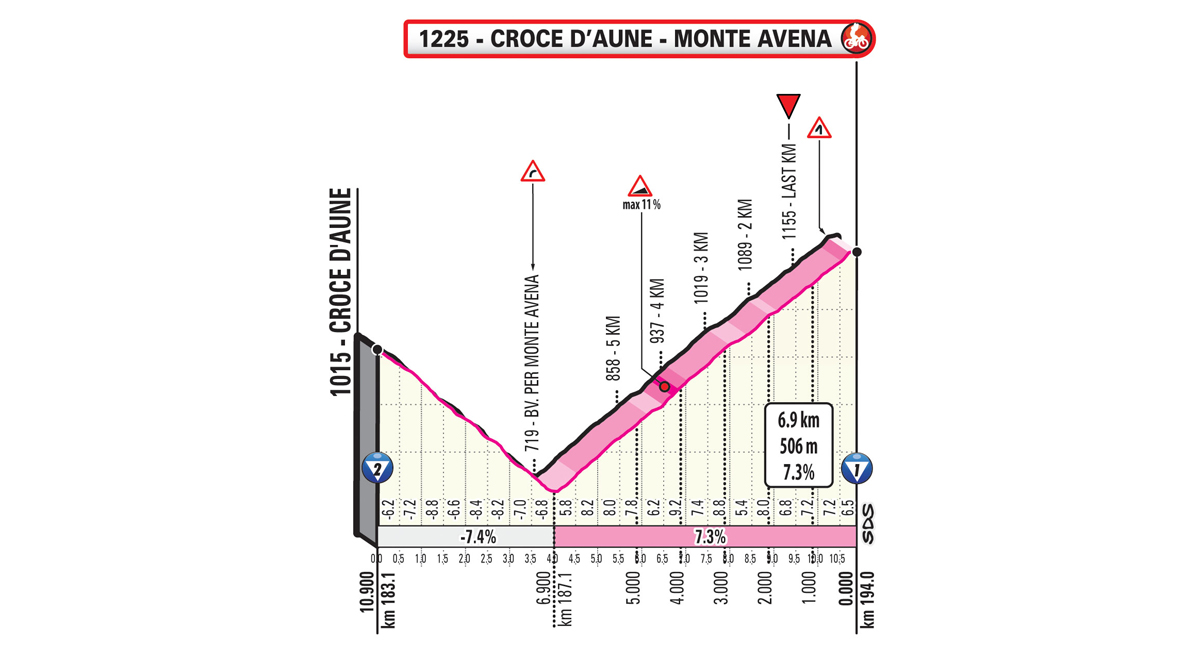 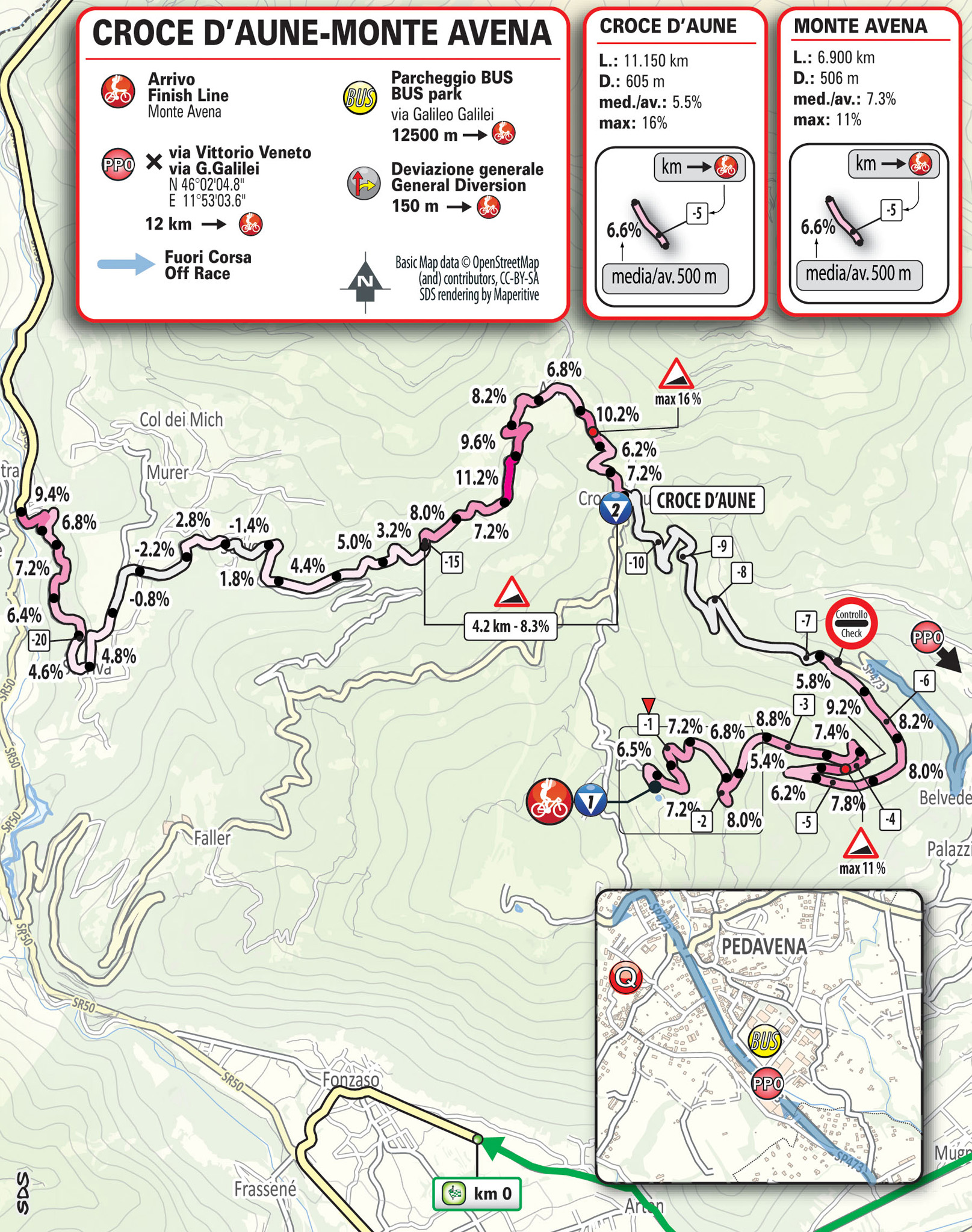 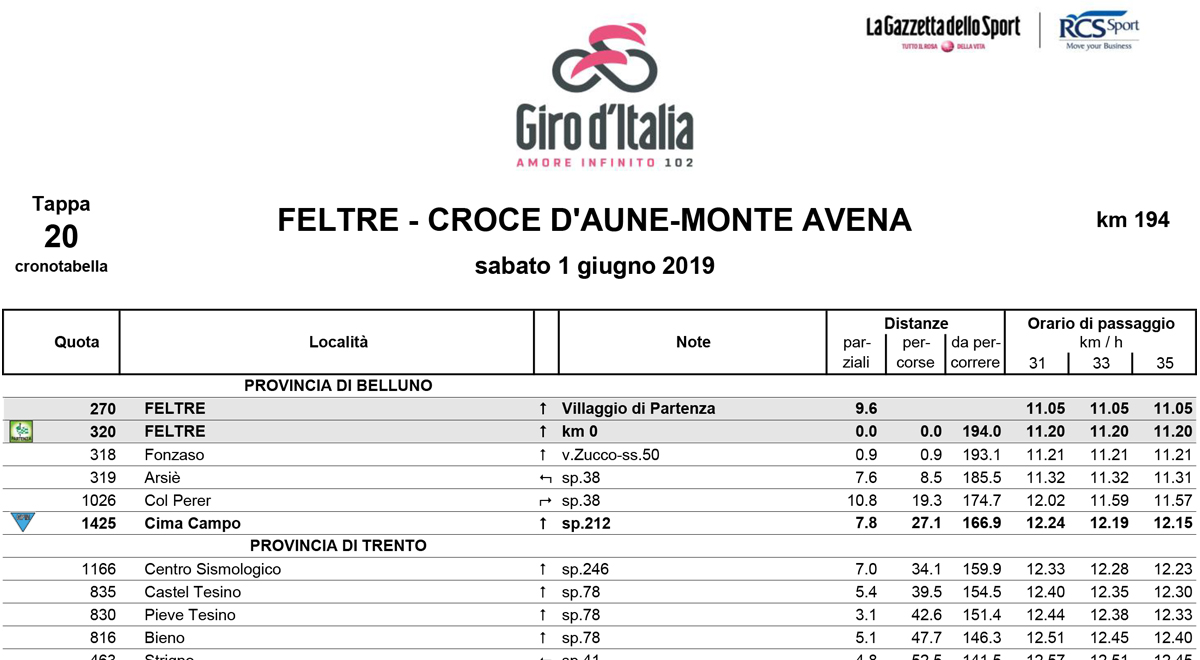