A short mountain stage with rolling undulations in the first part, as far as the Passo di San Boldo categorised climb. The closing ascent is short, yet punchy in the final kilometres, and the last 5 hairpins are inside a tunnel. The route then descends and levels out all the way to Feltre. After an uncomplicated cat. climb in Lamon, the stage travels across the Val Cismon (with a series of tunnels) as far as Fiera di Primiero, at the foot of the closing ascent. Final kilometres After the Passo Rolle-Passo Cereda intersection, and past the town of Siror, two hairpins mark the actual beginning of the climb. The road, wide and well surfaced, climbs to San Martino di Castrozza in a succession of mild curves circling the mountainside, with two pairs of hairpins in-between. Gradients hover steadily around 5%, with just very short stretches sloping at 10% mid-climb. The final kilometre winds its way through the centre of San Martino di Castrozza, and eventually levels out 100 m from the finish. The home stretch is 200 m long, on 5 m wide tarmac. 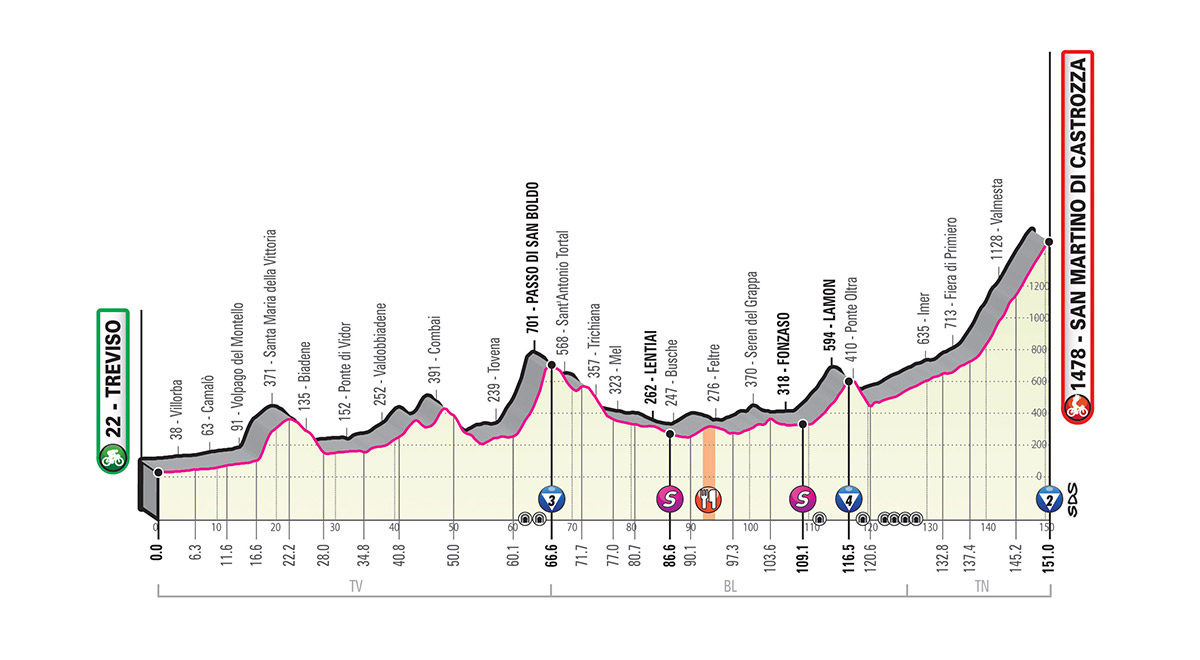 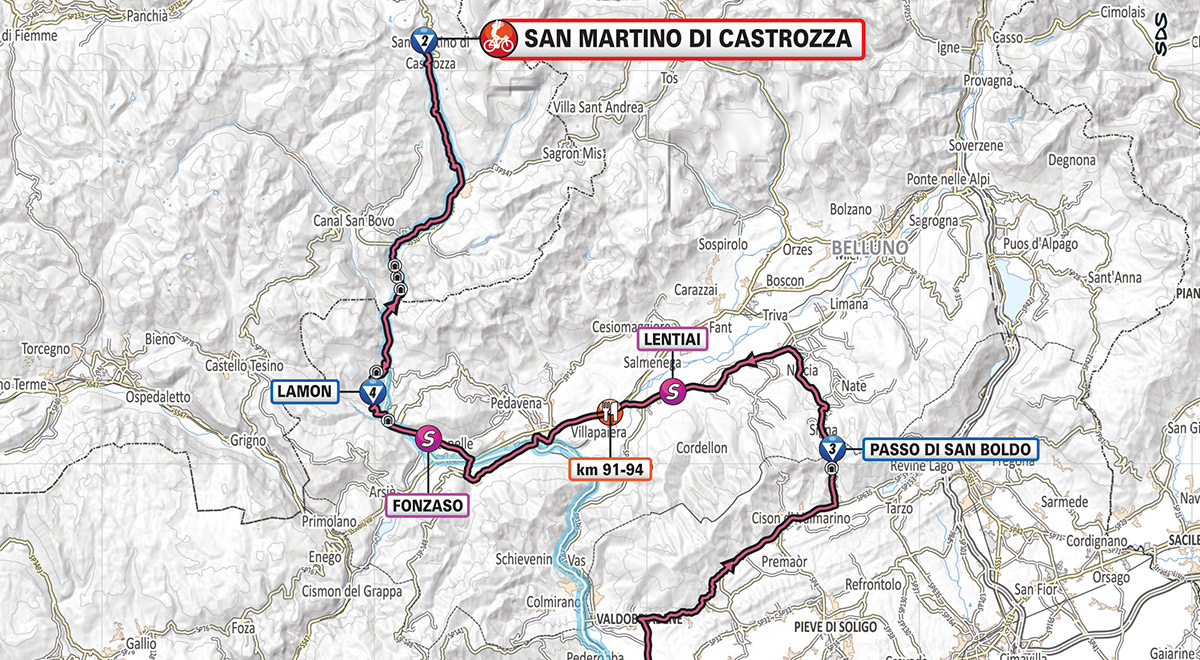 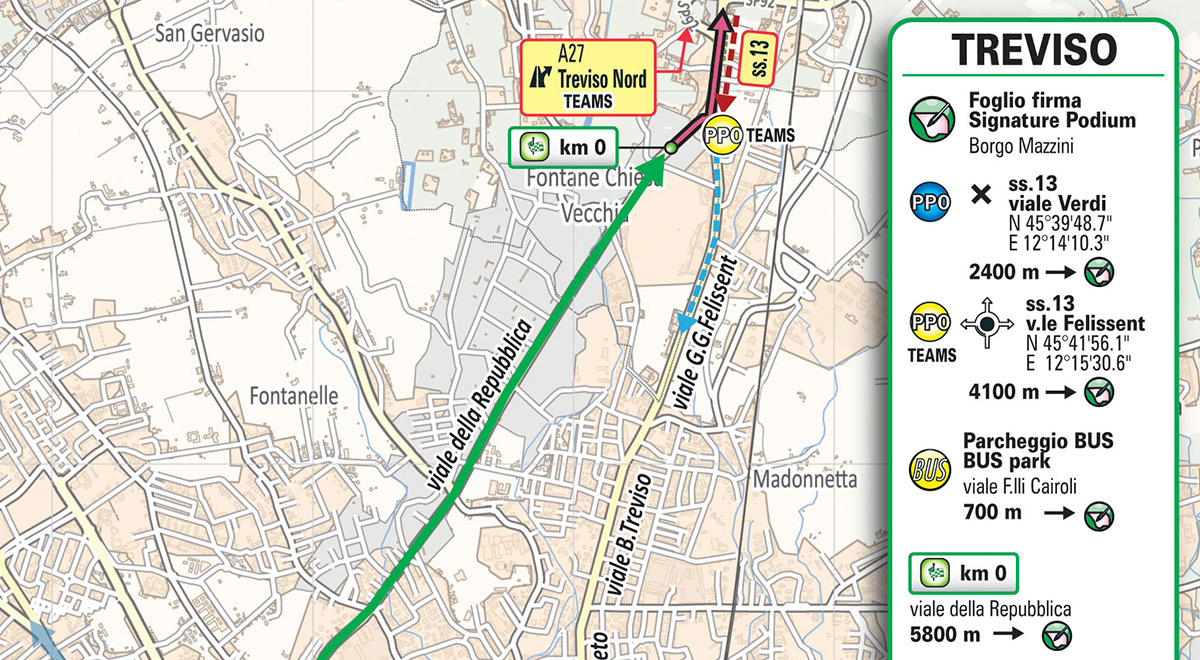 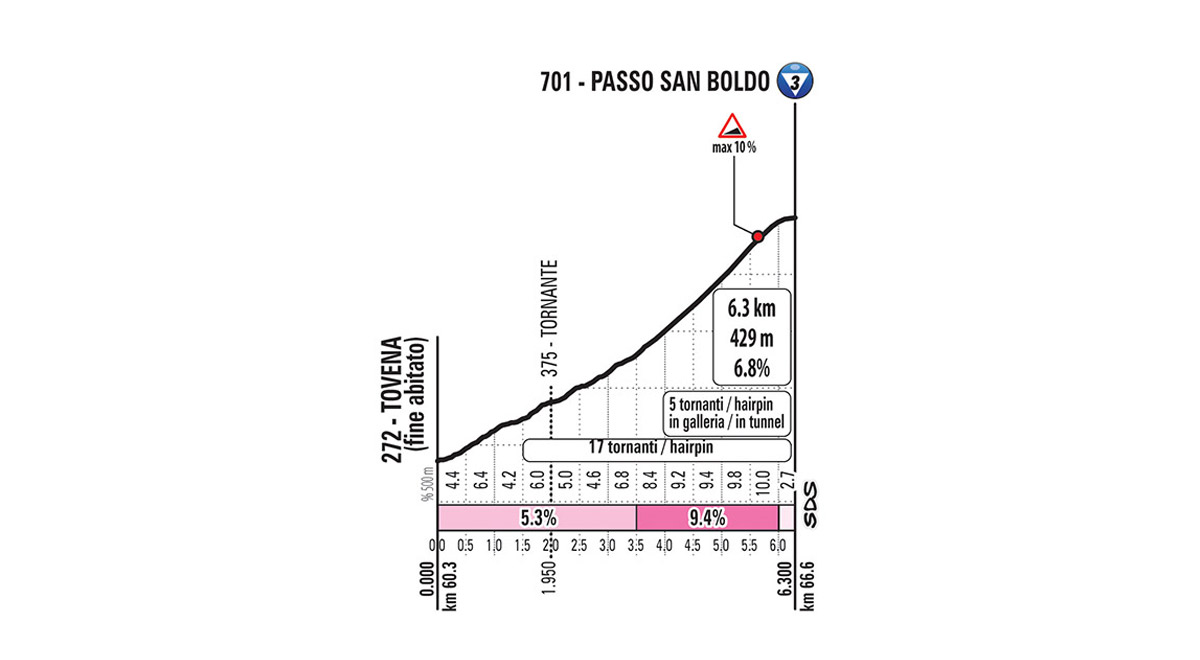 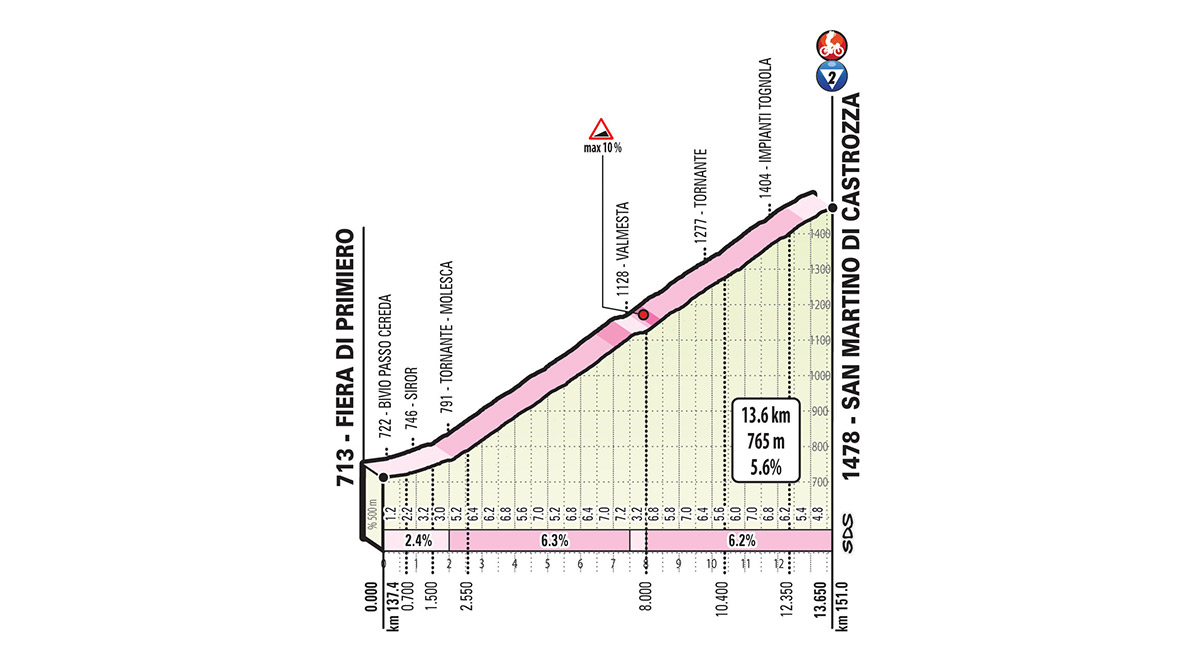 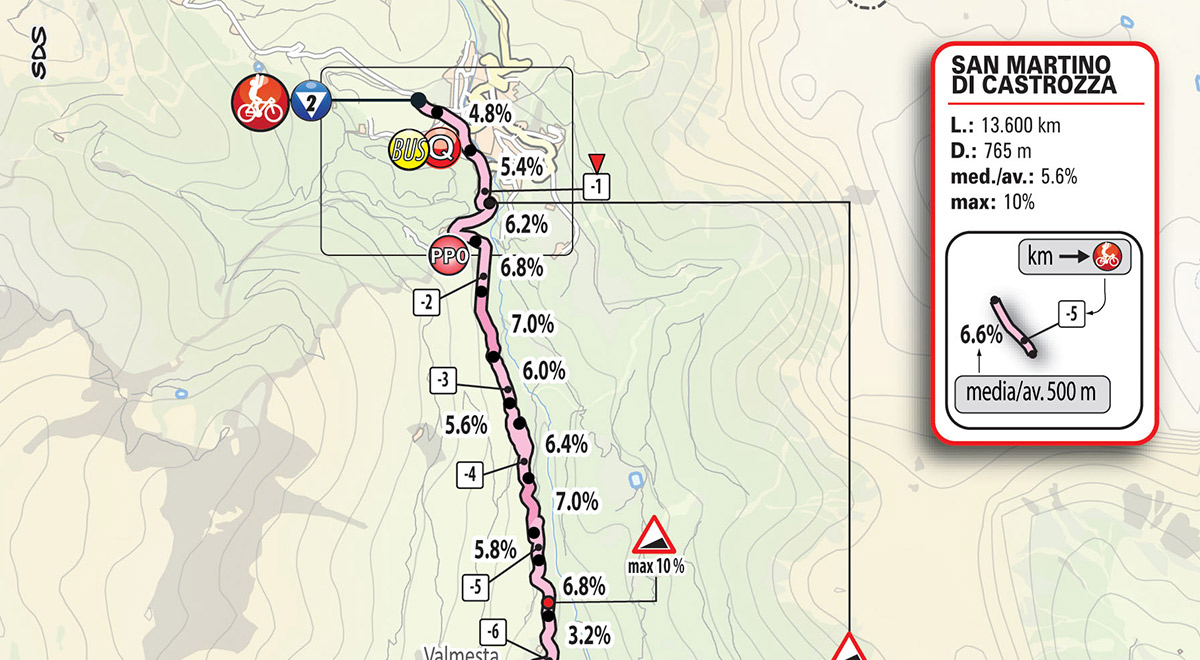 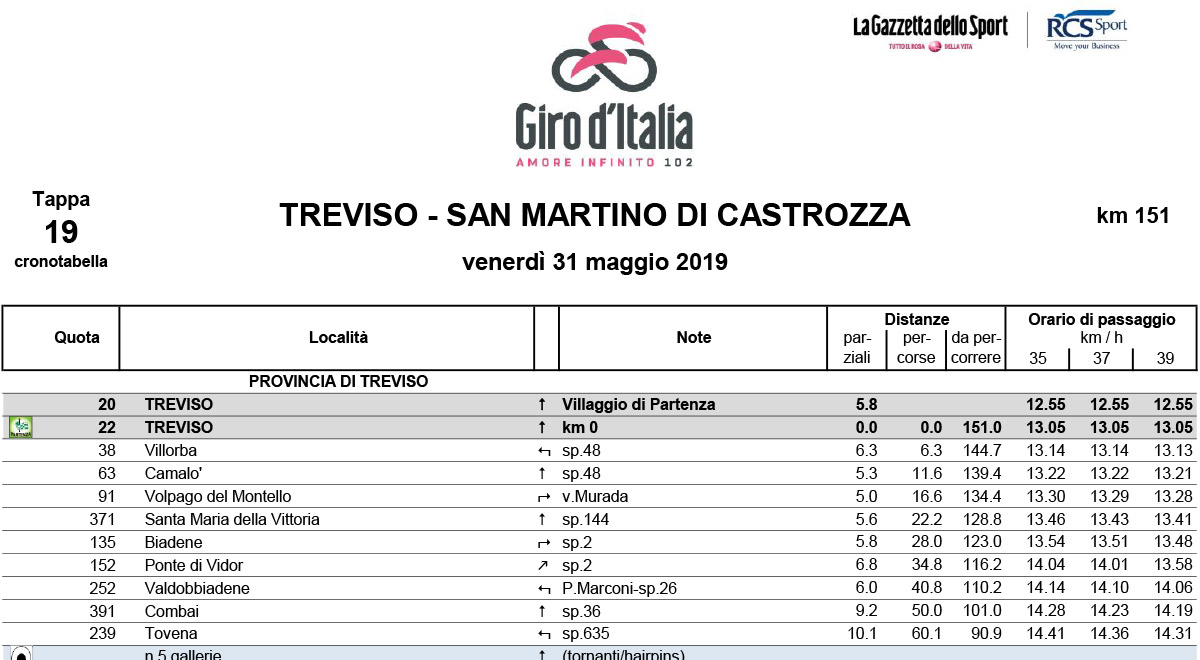