Individual time trial on the Torricelle Circuit (the same as in the World Championships), covered counter-clockwise. The first part is on broad, straight boulevards, followed by an ascent sloping for 4.5 km at 5% in a series of steps, on narrower roadway. Split time is taken at the summit, where mountain points are up for grabs. The route then descends for 4 km, still on broad and straight roads. The last 3 km along the city streets, with some sharp bends, lead all the way to the finish in Piazza Bra and the Verona Arena. Final kilometres The final kilometres are on broad, straight urban avenues. The final time is taken in Piazza Bra, before entering the Arena. The home straight is 150 m long, on 6.5 m wide asphalt road. 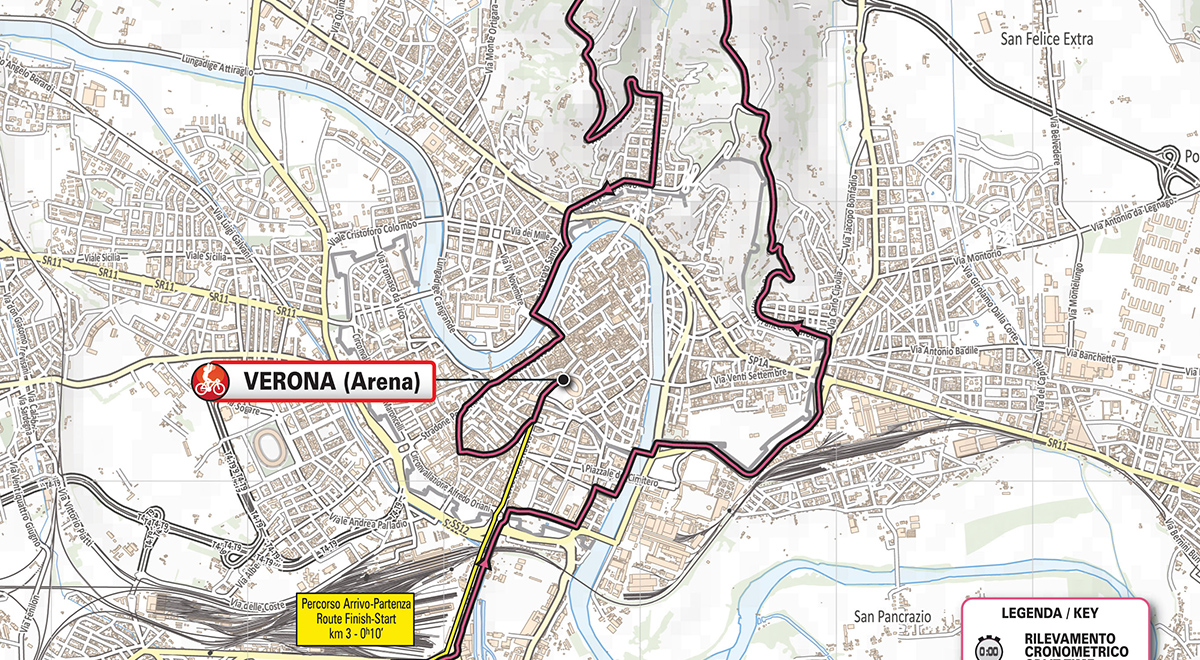 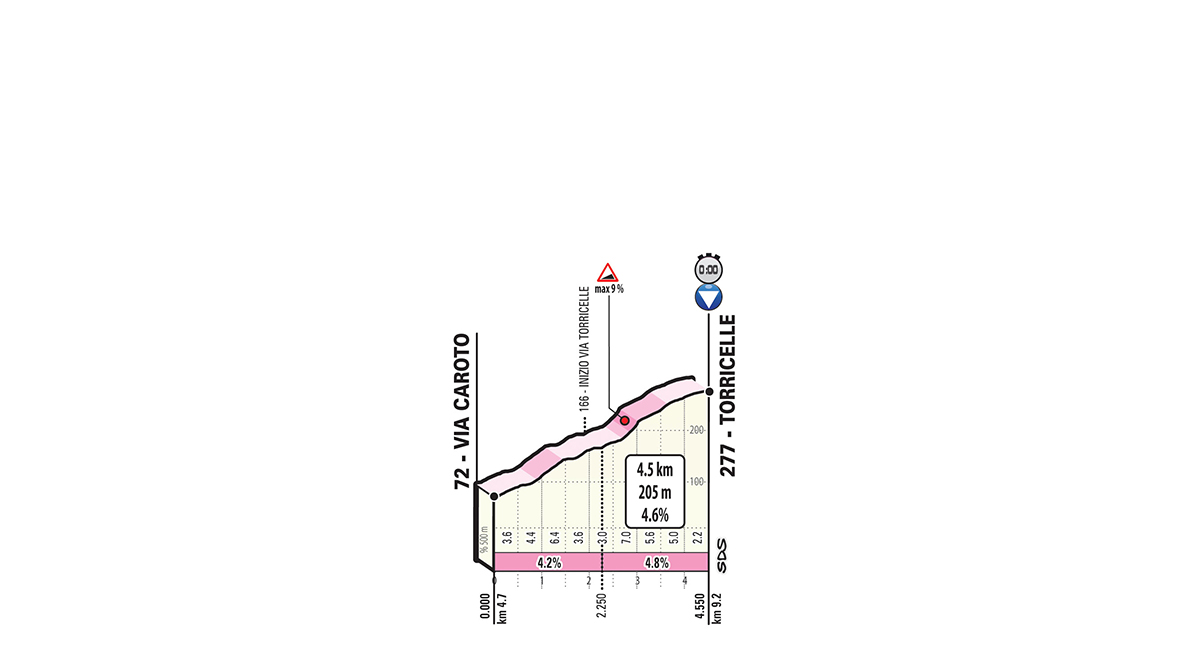 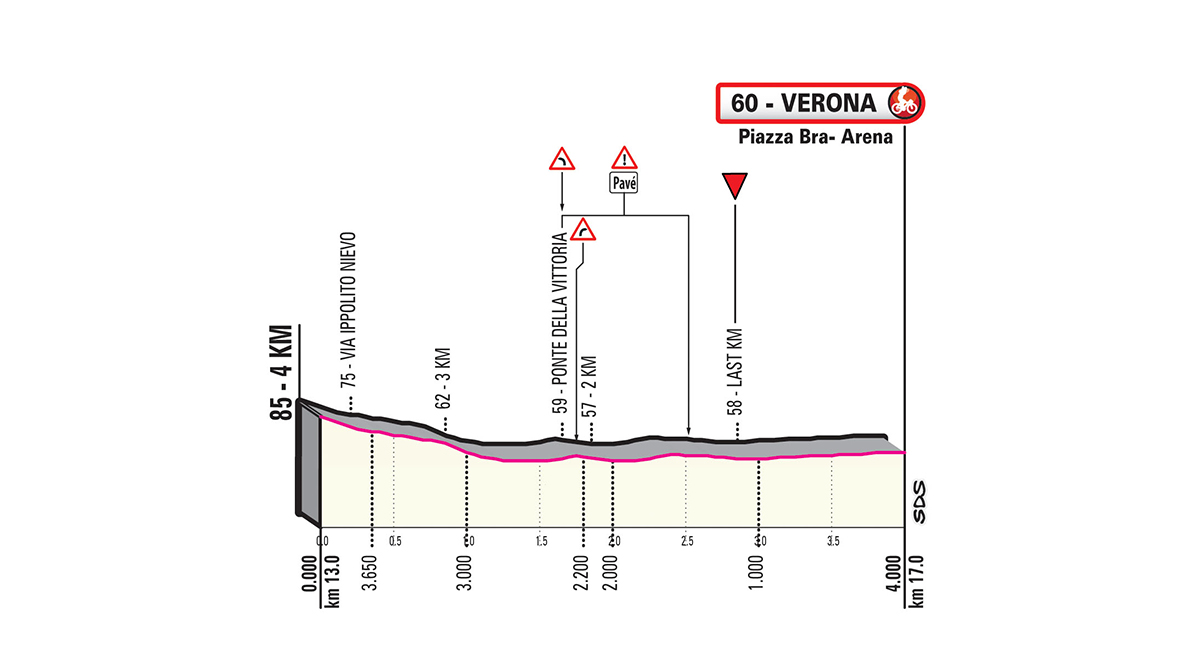 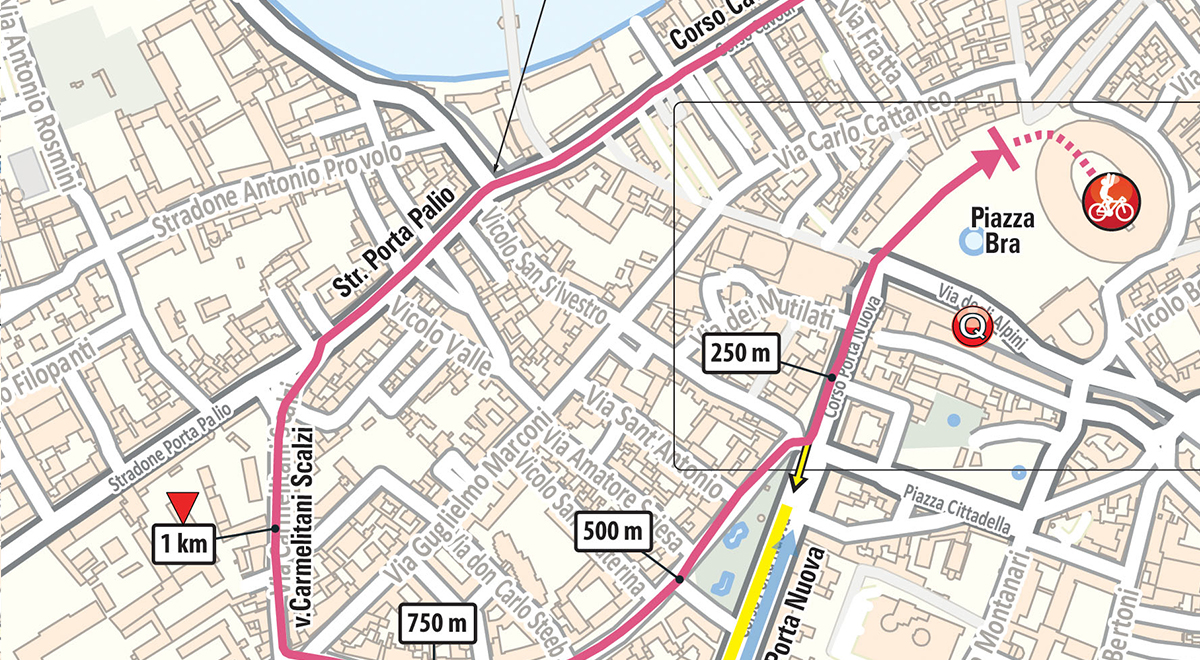 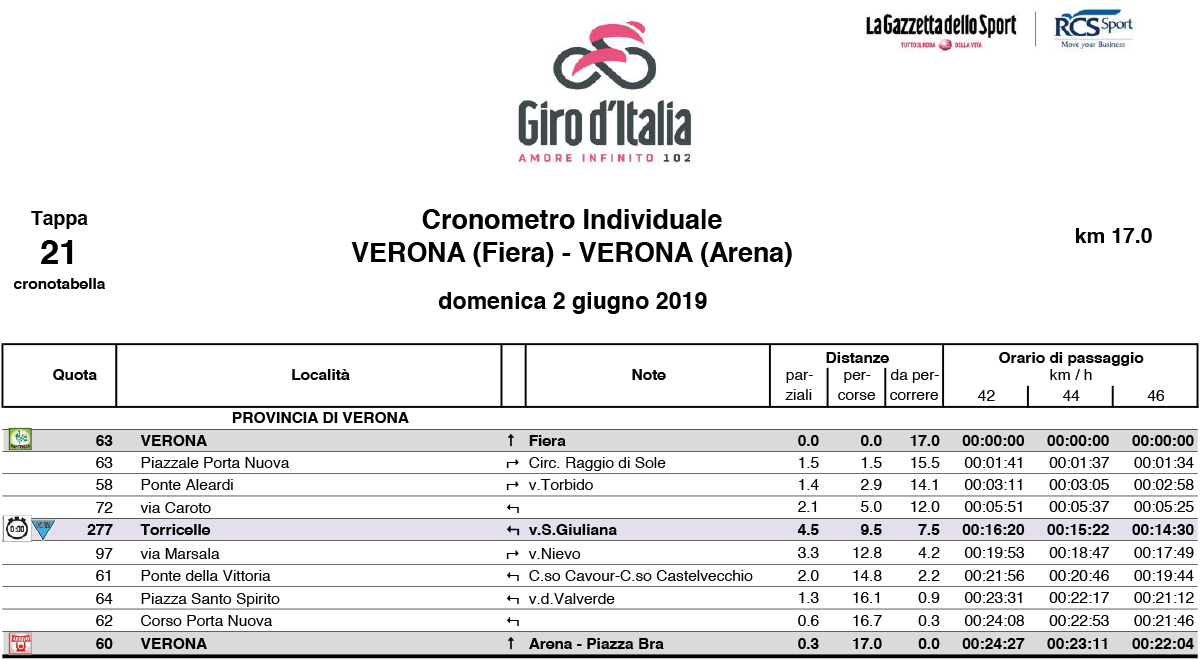